We’ve got something special here but we need help! Newcastle Blue Star are facing a big fight to write a new chapter in their decorated history

Newcastle Blue Star is a name with a decorated history in the North East — Wembley winners once over — but the club’s reincarnation is fighting for its chance to write a new chapter.

Reborn two years ago after it folded in 2009 and now driven by owner Stephen Best, his inspiration came from his dismay with Newcastle United. He soon found he was not alone.

Best wanted to give the community in the West End of the city an alternative to the Premier League football they could no longer afford and no longer enjoyed. And, at the same time, providing a safe haven for children from a deprived area in which he was raised. 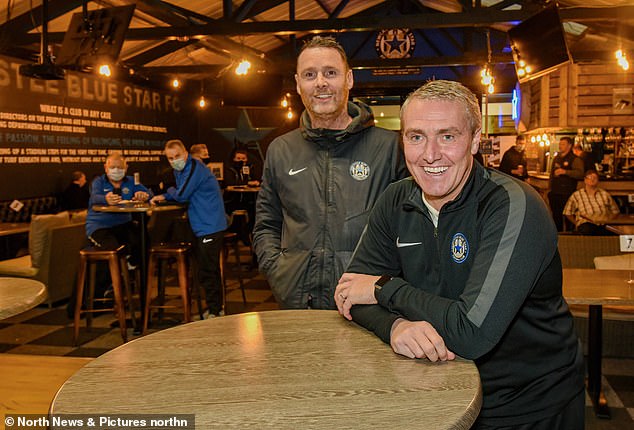 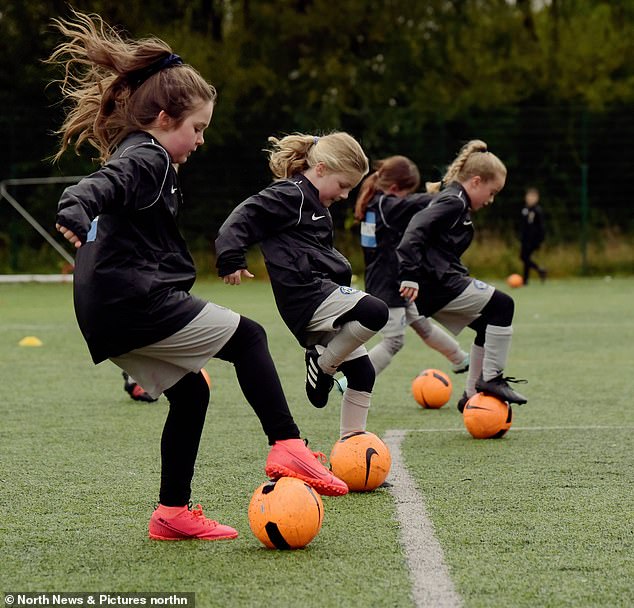 And he has. Blue Star’s rise has been the talk of the town. From a run-down and neglected area of land at Scotswood Sports Centre has grown a new ground for the senior team, who were set for promotion to the 10th-tier Northern League before the Covid-19 outbreak curtailed their season in March.

There are 4G training pitches for junior teams from five to 17 years old, each boy and girl kitted out in the club’s black-and-white stripes with the iconic Blue Star crest.

And then there is the new clubhouse, including the Sir Bobby Robson Lounge opened by Lady Elsie Robson in 2018, a hub for parents and children.

And that is where Sportsmail visited before Lockdown 2.0 as Best and former Newcastle star Lee Clark, the club’s director of football, addressed their community of parents, volunteers and supporters.

Socially distanced it may have been but the message was about coming together.

I came here last year to do a talk-in with Rob Lee and the clubhouse was packed.

I got a feel for the club, for the people, for what it’s trying to achieve.

I lived around clubs like this as a kid. I spent six days of my week at Wallsend Boys Club. I’m from the East End of the city but this resonates because it’s a similar area: proud, working-class people who love their football.

And we want to make this a family club. We want it to be a community base where parents and children can come and relax, feel at home and want to come back.

In terms of the first team, we want to take it as far as we can as quickly as we can but not in a way where we’re just throwing money around.

The teams who tell people about their ambition in non-League tend to get shot down — you feel there is jealousy.

But we aren’t going to hide our ambition.

The ground is already impressive for the level we’re at and there are plans to take it forward with a 500-seater stand, hospitality, glass-frontage looking on to the pitch.

The stadium would be ready to handle the team going through the leagues. We have been sold out for home games and you can feel the enthusiasm for the club.

You can come here, have a beer, there is entertainment, a sense of belonging.

For me, I want to enjoy being back coaching kids, doing one-on-one sessions, really feeling part of something and I’m excited by it.

But everything is back on hold now. That is why we are fighting to protect what the club has built so we can go again when we are allowed to do so.

It will take a lot to beat the spirit I’ve seen here.

Little did they know at the time, but that need would be heightened in the weeks to follow with the announcement that all grassroots football would be suspended until next month at least.

‘We’ve got something special here,’ begins Best, who runs a steel company. ‘But we need your help. You’re sat here now because you see something special too. The West End needs this. What we have built over the past two years, we have to maintain that and keep moving forward.

‘We’re not asking for your money but your time, your support, your ideas. Because time and care is worth just as much. It’s the things you don’t see behind the scenes that keep a club like ours alive.

‘We want good people bolted to this club who eat, sleep and breathe football. We all have jobs and families but we do this for the love of the game, for the love of our children.

‘I look at what is happening at South Shields, the whole town is singing and dancing about their football club. That’s great, but I want that here. This area of Newcastle has never had that senior club. It’s not just about the first team, but if we are ambitious and as they move up through the divisions, it supports the juniors and the rest of the club.

‘We have started something special. Let’s not stop there, let us go again. So spread the word, we need you.’ 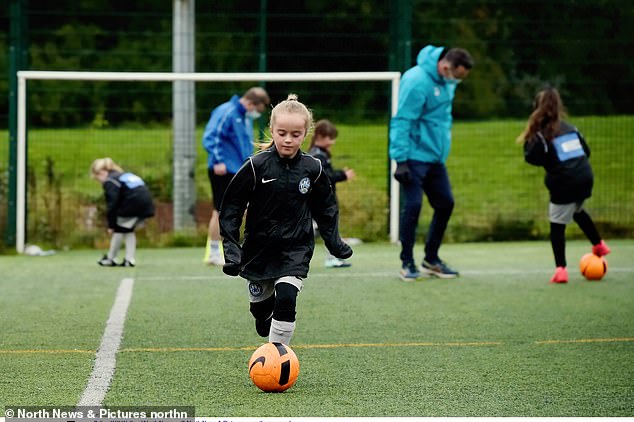 The 46-year-old fought back tears following his call for support. Clark stepped in. ‘That passion is the reason I joined,’ he says.

‘This club can be as successful as we want it to be.

‘There is no ceiling on the ambition, don’t be embarrassed by that. But we all have to pull together. It’s in adversity that you see the real character of people.’

But, within weeks, those plans were put on hold. Again. It leaves Blue Star and many clubs like them fearing for their future.

For Best, though, that is not his biggest concern right now. ‘I understand the Covid restrictions, but I do not think the Government realise how much this means to children,’ he told Sportsmail last night.

‘We are in a deprived area and I have seen every kind of circumstance involving children. 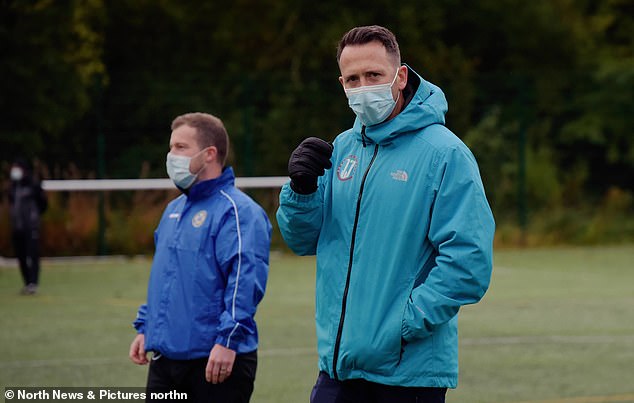 ‘Some kids reach out to us as coaches, they talk to us about things they perhaps wouldn’t — or can’t — at home. The welfare of these children is paramount. Now the children have lost that outlet. Some of the kids who come here are vulnerable, they don’t have the happiest home lives.

‘That is what upsets me and frustrates me most about the restrictions. There is a greater cost.’

But the financial concerns of pounds and pence remain.

‘The first lockdown was tough,’ adds Best. ‘But we came through and were ready to get going. Now that confidence has been stripped away.

‘We can’t operate financially. We still have bills to pay and the upkeep of facilities. We can’t stop just because of Covid, the expenses are still there.

‘But without bums on seats, selling our shirts, cups of tea, hot dogs, our events, you have nothing coming in.

‘The easiest thing would be to say, ‘We’ve only been going two years, let’s just call it a day’. ‘But it’s testament to our committee that they won’t allow that to happen. 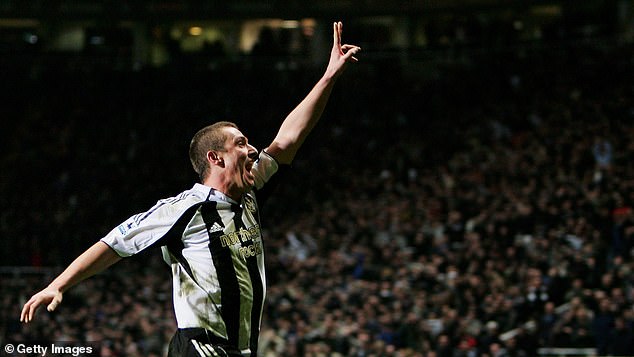 Former Newcastle star Lee Clark addressed the club’s community of parents, volunteers and supporters for a message about coming together

‘We spent the first 18 months investing in the management, facilities and players. We got to the top of the league last year, flying, and then had that pulled from beneath us.

‘On the back of that we missed out on a £100,000 grant from the Football Foundation that we would have got along with promotion.

‘Now we’re applying for half of that amount but have to start the process again.

‘In the meantime, we had already installed a new stand and bought floodlights. We want to get it right. We want to make a statement.

‘But we are personally funding that and that’s not how we want to run the club.

‘We want this to be the people’s club, ran by the supporters and the community.

‘Our future has got to be self-sufficient. We just want the chance to achieve that. It means too much to too many people to give up on that now.’ 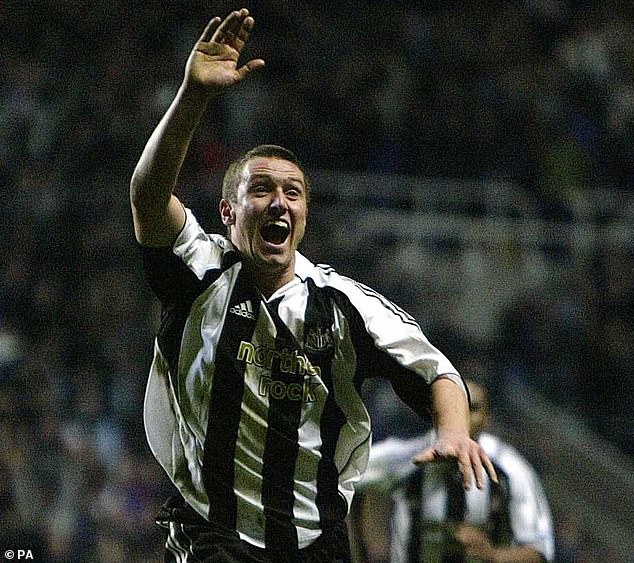 Billions will be watching the Bundesliga… the beautiful game is BACK