‘I think it’s important everyone is together’: Newcastle captain Jamaal Lascelles calls on fans to get behind the team amid Mike Ashley protests

Newcastle captain Jamaal Lascelles wants the winless club to rid itself of ‘bad energy’ and says the team meal with ‘nice guy’ Mike Ashley was a positive step.

The defender signed a new six-year deal on Thursday with the side second from bottom in the Premier League and without a win in 10 games this season.

Supporters are continuing to protest against the owner and a boycott of next month’s home match against Wolves has been planned. 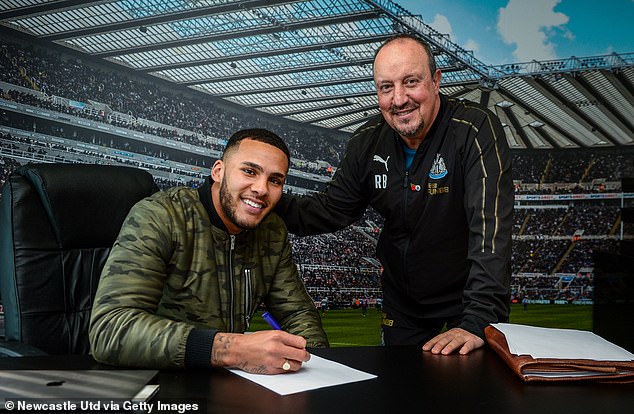 Lascelles, though, believes the club would be better served if all factions came together, and says Ashley’s decision to take the squad and manager Rafa Benitez out for dinner last month was well received.

‘Speaking honestly, and it might not be what everyone wants to hear, as a club I think it’s important everyone is together, especially when we’re right down at the bottom of the table,’ said the 24-year-old.

‘I think the meal was really positive, having a sit down meeting for the first time, hearing him speak and seeing what he’s like as a man. He’s a nice guy.

‘I know fingers are being pointed at him, but I think it was a positive meeting and if it could happen more, I don’t think it would do any harm.

‘If there are divides, I think it creates problems. If everyone in Newcastle stopped the negativity and tried to form a unity, that would help.

‘When there are problems going on off the pitch, it does have an effect on you as players. It would help if everyone came together and put all that bad energy into positive energy, helping us get three points. That’s what everybody wants.’ 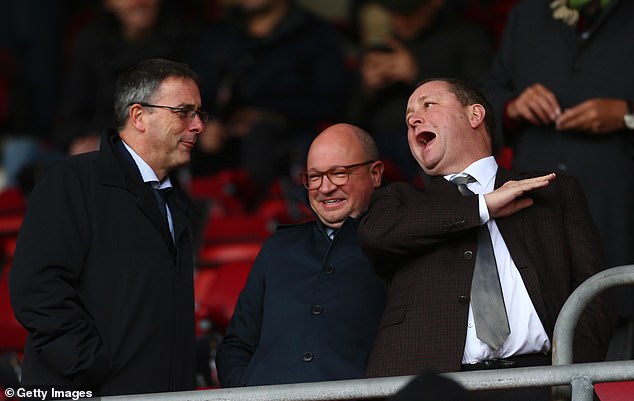 Lascelles is the youngest skipper in the top flight and admits that presents its own challenges at a club which is never far away from the headlines.

‘It’s quite tough because at the same time I have my own anxieties and emotions,’ he said.

‘But I can deal with the pressure. I have good people around me and know what to do in certain situations. The manager will also help me with that. He’s had captains like John Terry and Steven Gerrard and his advice means so much to me.

‘I know we’re in a bit of a sticky situation, but that doesn’t mean the end of the road, we can get out of it. We just need to stay calm. It’s going to come sooner or later.’