Newcastle ‘are growing increasingly hopeful of landing Christian Eriksen on a free transfer’ when his short-term Brentford deal finishes this summer, with the Dane targeted as a ‘flagship’ signing

Newcastle are ‘growing increasingly hopeful’ of persuading Christian Eriksen to join them in the summer.

The Denmark international returned to first team football this year for the first time since collapsing on the pitch during Euro 2020 and signed a short-term deal with Brentford in January.

Since then, the 30-year-old has enjoyed a rich vein of form, helping the Bees to victory in each of the four match he has started for his new club. 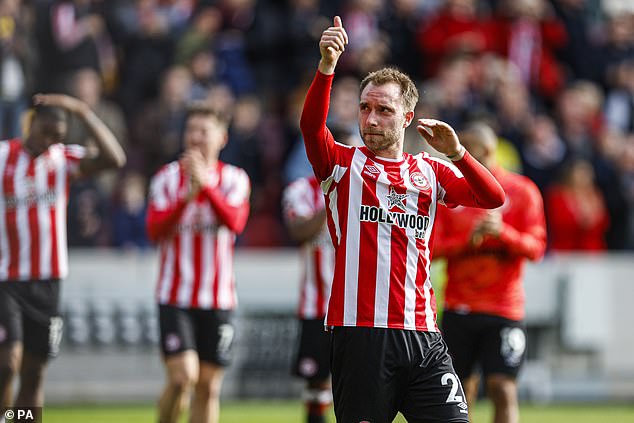 His impact since returning to the Premier League has turned the heads of a number of suitors, with Newcastle among them.

And according to the Northern Echo, there is growing optimism at St James’ Park that Eriksen could be their ‘flagship’ arrival this summer.

The former Inter and Tottenham midfielder has also been linked with a move to Manchester United, as well as a return to north London.

But Brentford boss Thomas Frank is still hopeful of convincing him to stay on with the club. 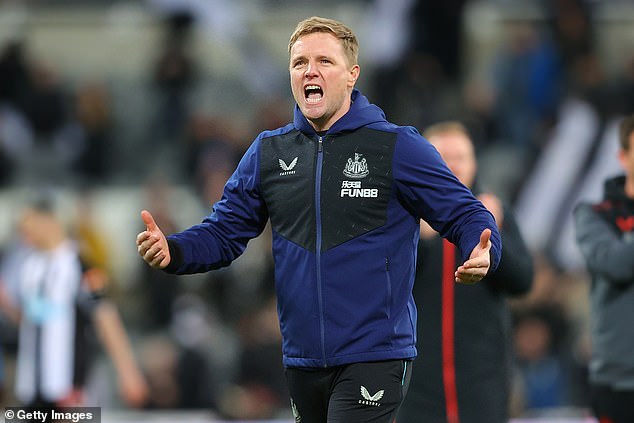 ‘The thing is that I don’t think anything will be decided before the end of the season. We are interested for him to stay, massively – I would love that,’ he said before his side’s victory over West Ham last Sunday.

‘I think you all understand we would like to keep him and it’s up to Christian to find out what he wants to do.

Pep Clotet interview: On Brescia, Roberto Baggio and Jude Bellingham as he plots the club's Serie B revival in Italy