‘Nothing will stop me thinking we will reach the final’: Neymar eyeing Champions League glory with ‘family’ PSG after helping his side snatch a dramatic late victory over Atalanta

PSG star Neymar maintains he ‘never even thought’ his Champions League dream was over despite being minutes away from elimination at the hands of Atalanta.

The Italian side were 1-0 up through a Mario Pasalic goal until the 89th minute, but Marquinhos and Eric Maxim Choupo-Moting scored twice in stoppage-time to secure the 2-1 Champions League quarter-final win. 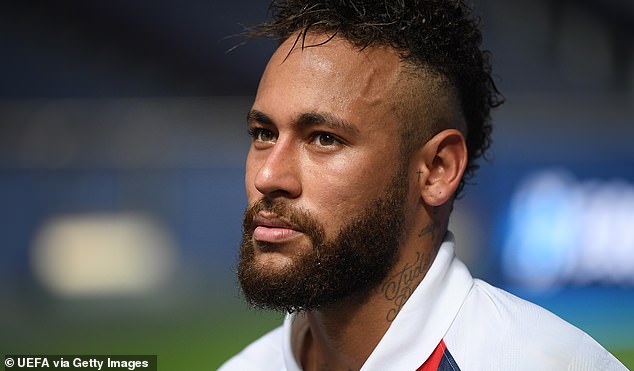 ‘Nothing will stop me thinking that we will reach the final.

‘It was tough, but we are a great team and a real family. It was impossible to think that we might be eliminated.’

Neymar missed a great chance early in the game but he continued to probe and question the Atalanta defence. 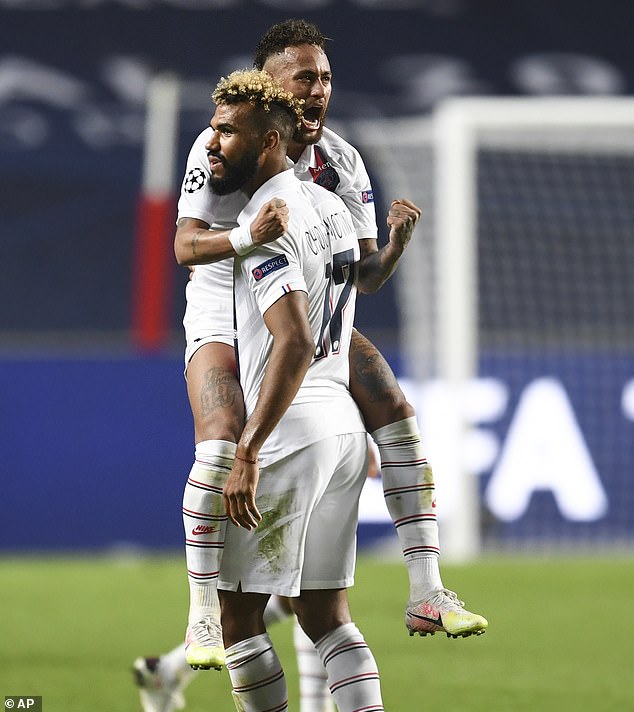 ‘I never thought we’d be back home tomorrow. At every moment, we just went for one thing – progress to the last four,’ said the former Barcelona forward.

‘Nobody will ever get it out of my head that I want to go to the final. We’ll have to correct what we can and play another great game. We’re very happy and experiencing great moments.

‘We’re a formidable squad, a family, with the attitude that it’s impossible to knock us out,’ he added.