‘I had a love-hate relationship with him because we both have big egos and a big mouth’: Nigel de Jong lifts the lid on life under ‘fiery’ Roberto Mancini during Manchester City reign

Nigel de Jong has admitted former Manchester City manager Roberto Mancini was sometimes incredibly difficult to work with, given his passion for football… and himself.

De Jong featured as Mancini’s midfield general at the Etihad, as City finally brought themselves up to the level of bitter rivals Manchester United and wrestled the Premier League title over to the blue side of the city.

But De Jong, speaking as part of beIN Sports’ ‘Man City: Class of 2012‘ documentary, had revealed the dressing room under Mancini was often a clashing zone. 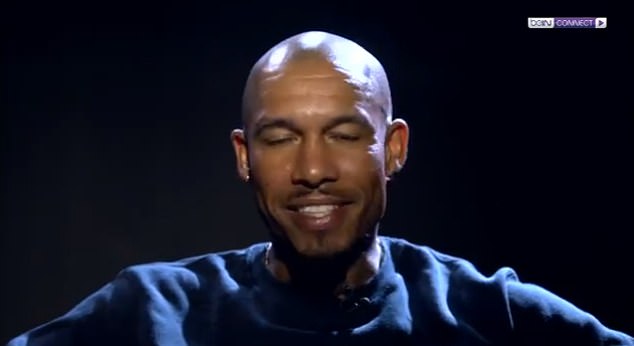 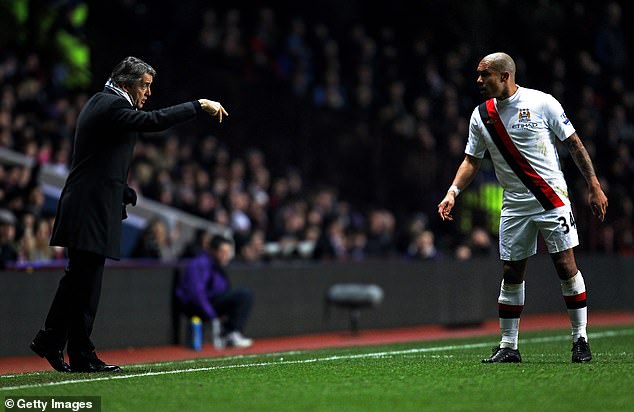 De Jong, who spoke digitally with his former team-mates Joe Hart and Edin Dzeko, shared tales of their time under the enigmatic Italian.

‘But overall when I look back now, he was a great coach.’ 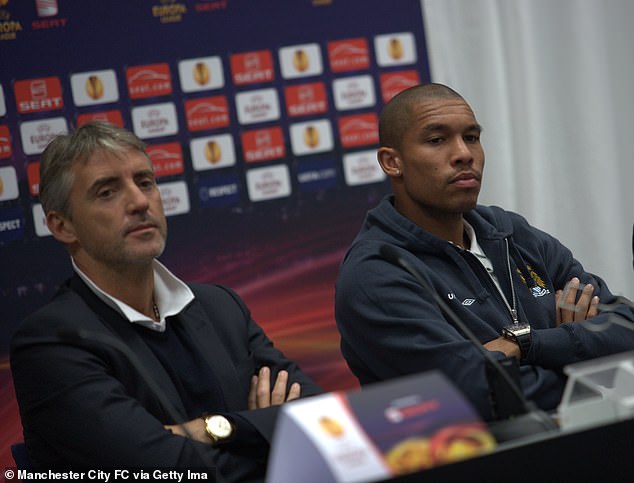 De Jong says Mancini was both passionate about football and winning, but also about himself

Known for his hot-headed approach to football, De Jong was a frequent recipient of referee’s cards during his City days, and is renowned around the football world for somehow avoiding a red card dismissal in the 2010 World Cup final against Spain.

For De Jong, he met his match in Mancini in terms of another football man who wore his heart very much on his sleeve.

The Dutchman added: ‘I had a kind of love-hate relationship with him because we both have big egos with a lot to say and a big mouth, so there were a lot of clashes.

‘But I always respected him for the work that he did at City, and also creating a team that was successful. 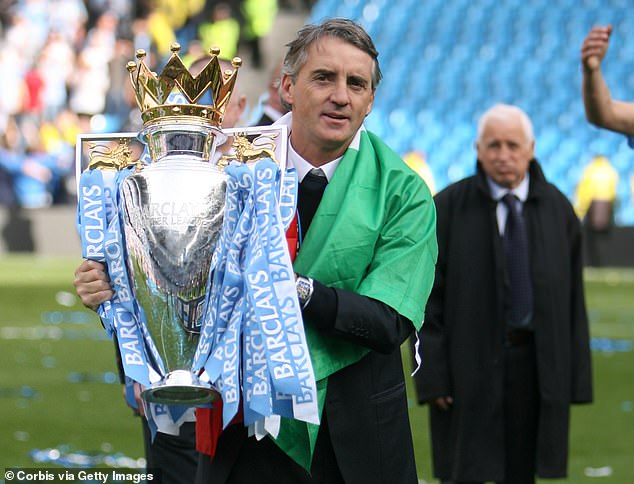 ‘He’s a fiery character but to be honest he always kept the team together.’

De Jong signed for City in 2009, under the previous manager Mark Hughes.

Hughes did not last long at the helm, however, as City’s wealthy owners sought elite European manager with a proven track record of winning the big honours.

In came Mancini, and City turned into contenders. Under Mancini City became Premier League champions in 2012, while also winning the FA Cup and Community Shield.

Harry Redknapp slams Man Utd over contract – ‘Is he going to be the answer? I’m not sure’