Both were close range efforts that will have been painful for Smith’s assistant John Terry to watch.

Villa’s goal, which opened the scoring, was also firmly in the ‘preventable’ category. James Chester was credited with heading home form a corner, although it may well have been an own goal. 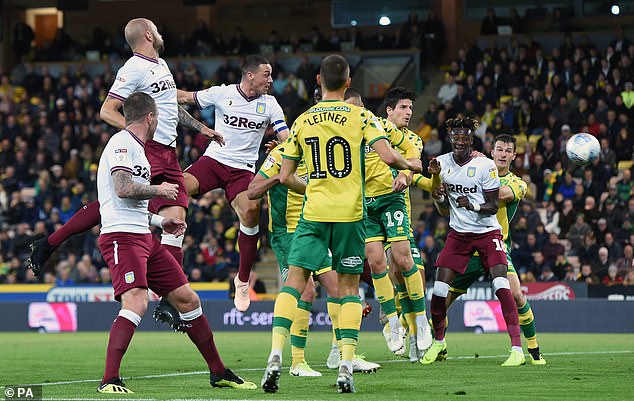 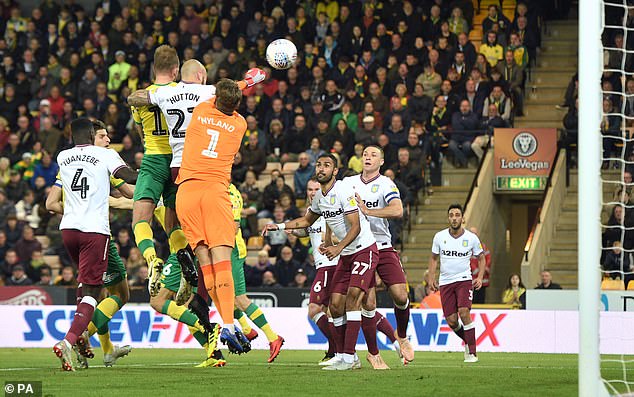 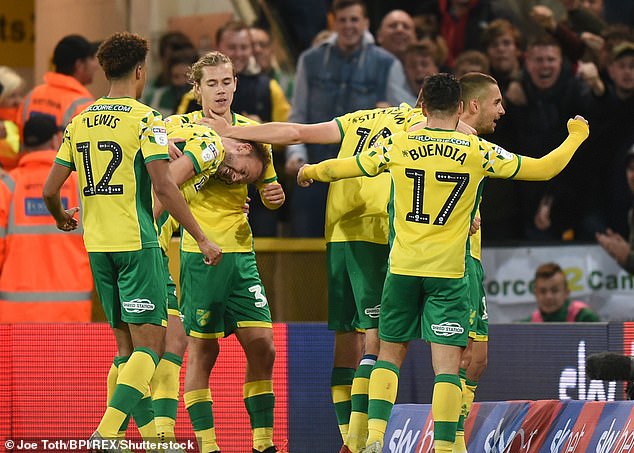 Norwich kicked off on the back of a 2-1 win at Nottingham Forest on Saturday, 25 years plus a day since the Canaries enjoyed their most famous victory, a 2-1 win at Bayern Munich in the UEFA Cup.

Villa fans of a certain age have their own fond memories of beating Bayern of course, in the 1982 European Cup final thanks to Peter Withe’s goal.

That might as well be Ancient History as far as the current crop of Villa players are concerned, although Terry has his own Munich memories. Specifically joining his team-mates in full Chelsea kit to celebrate beating Bayern in the 2012 final having had to watch because of suspension.

Norwich made a hasty change before kick-off as Alex Tettey’s partner went into labour so Timm Klose took over the armband.

Christoph Zimmermann was booked in the fourth minute for clattering Jack Grealish, with Conor Hourihane testing Norwich goalkeeper Tim Krul with an angled drive from the free-kick move.

Norwich replied with too-high efforts from Moritz Leitner and Todd Cantwell before Axel Tuanzebe cleared Klose’s header before it could reach the target.

Villa took the lead in the 19th minute from Hourihane’s corner. Chester’s head met it, although it looked like Norwich’s Tom Trybull actually got the finishing touch with his.

Smith’s side almost doubled the lead in the 34th minute when Alan Hutton burst into the box and laid the ball back for Tammy Abraham, whose flicked shot took enough of a deflection off a defender to hit the far post rather than the net and Albert Adomah’s follow-up was blocked.

The first half ended with Villa’s Neil Taylor booked for one foul too many, on Marco Stiepermann. 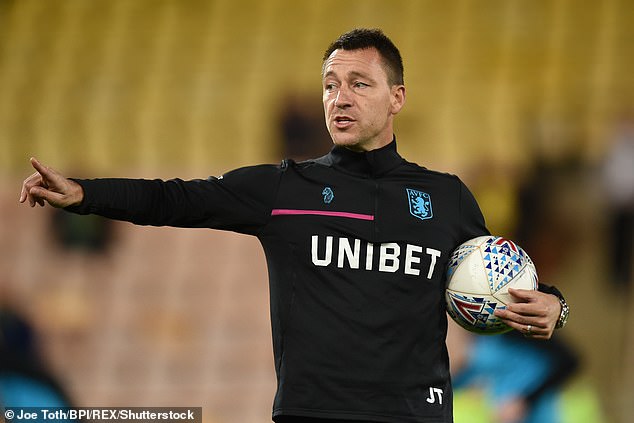 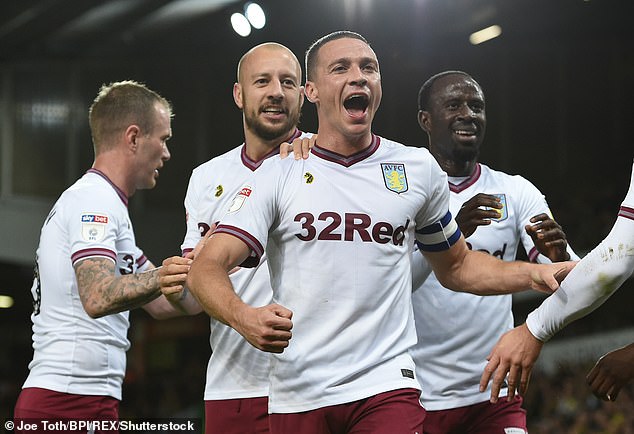 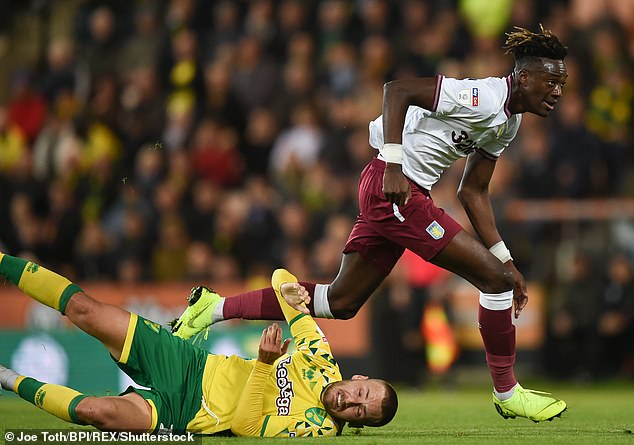 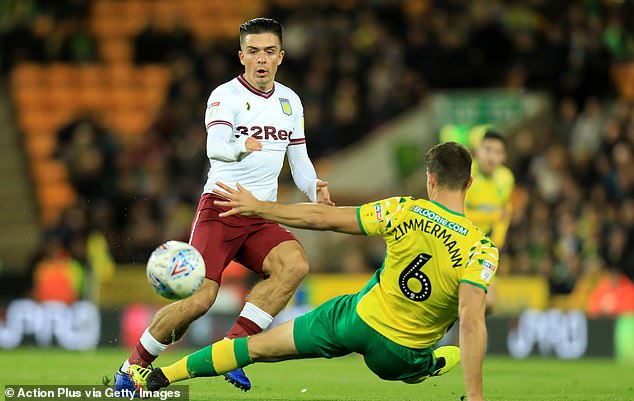 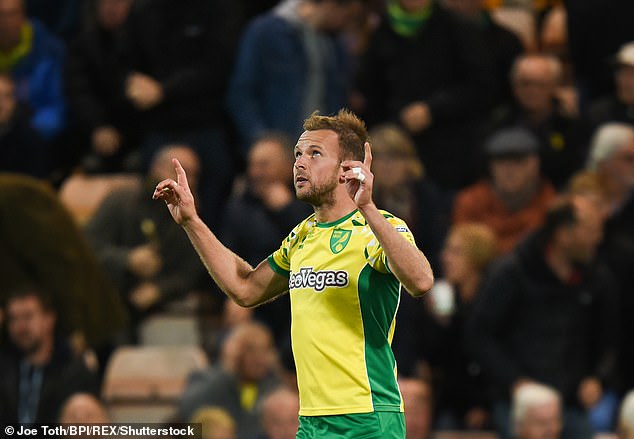 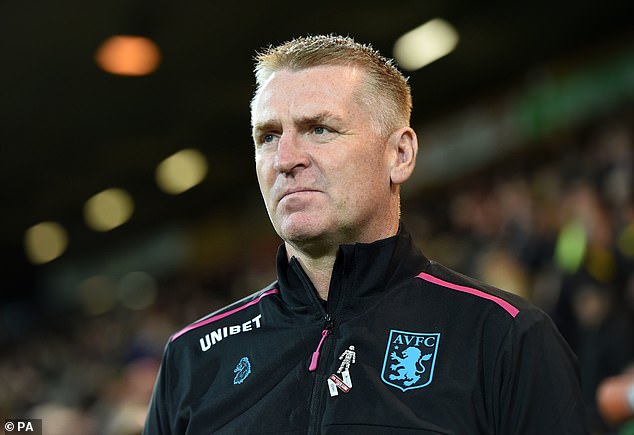 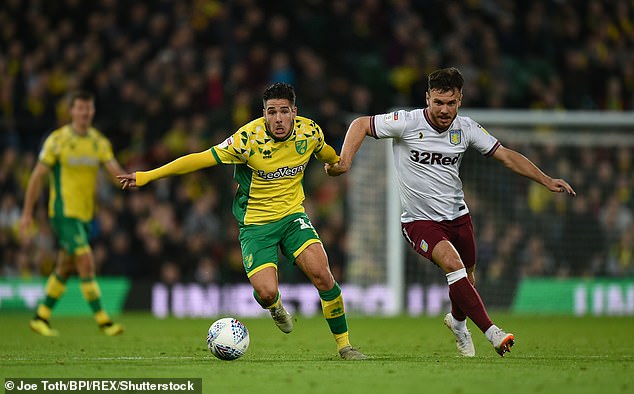