Manchester United manager Ole Gunnar Solskjaer is looking to sign a central defender to freshen up his options at the back.

The Red Devils conceded less than a goal a game as they finished third in the Premier League to book their place in next season’s Champions League.

Harry Maguire’s £80million capture from Leicester City solidified the team’s defence and the England international is a nailed-on starter after earning the club captaincy.

Victor Lindelof has been Maguire’s regular partner and enjoyed a solid campaign, while Eric Bailly also showed flashes of class after missing the first half of the season through injury.

Axel Tuanzebe is highly rated and will be given a chance to establish himself but – like Bailly – has spent a lot of the campaign in the physio room.

But Solskjaer would love to sign another centre-back, according to the Evening Standard. 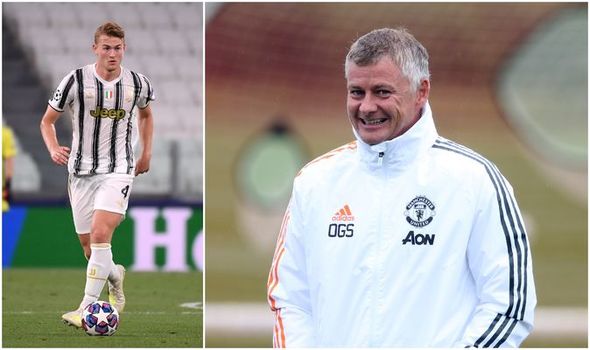 A reliable, ever-present is being sought and it is claimed Juventus star Matthijs de Ligt is on their radar.

He helped Juventus to their ninth consecutive Serie A title so is likely to prove difficult to prise from Turin.

With the club’s transfer funds being earmarked for a raid on Borussia Dortmund for Jadon Sancho, it appears highly unlikely that the money would be available to tempt Juventus into selling.

Even if United pursue a different target, a couple of defenders on the club’s books would need to be offloaded before a new signing is given serious consideration.

Solskjaer is likely to give the green light to selling Chris Smalling and Phil Jones.

Ed Woodward is in talks with Roma over a permanent deal for Smalling, who enjoyed a successful loan spell in Serie A.

While Jones has fallen down the pecking order, with his last appearance coming in January’s FA Cup win over Tranmere Rovers.

League One highlights and round-up: Lincoln climb to second