OLIVER HOLT: Mourning my father makes me realise just what football really means to us, the game outside the Football League has been brought to its knees by the pandemic… I hope those who run it do not forget how vital these clubs are

I found my first match report last week. I had scrawled it on the back page of the programme for Stockport County’s game against Aldershot on Monday April 9, 1979, in the section marked ‘Your Match Details’. ‘A very good match with goalmouth scrambles and near misses,’ I had written. ‘Raining hard. Went with dad.’

I had persuaded my dad to take me at the last minute. I had noticed the mention of the fixture at the bottom of one of the sports pages in the Daily Telegraph and I knew we had nothing planned that night. My dad wasn’t really much of a football fan but I was 12 then and he knew that I was getting obsessed with the game and so he took me.

It was my first visit to Edgeley Park and I was hooked before I even got in the stadium. Hooked by the crowds walking together towards a shared destination, hooked by the stack of programmes in the shallow cardboard box at the seller’s feet at the end of Worrall Street, hooked by the dim glare of Division Four floodlights in the spring evening rain. 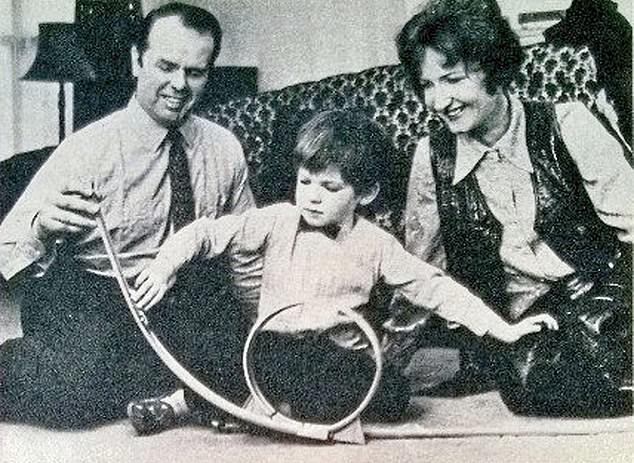 Oliver Holt as a boy, with his mother and father, who took him to Stockport County 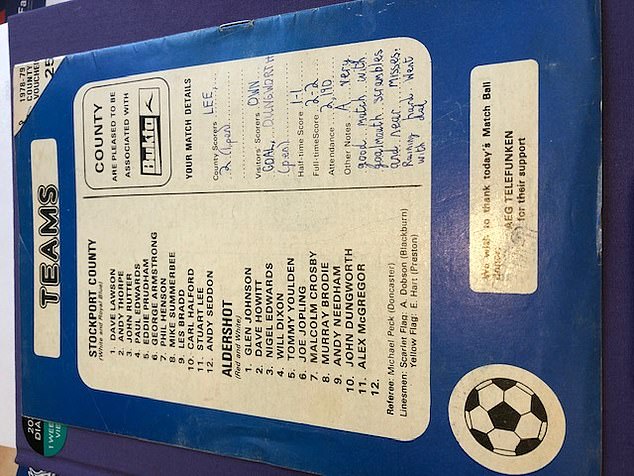 The Stockport County programme from the game against Aldershot on Monday April 9, 1979

The real epiphany for me though was this: when we went through the turnstiles and started making our way towards our seats in the Hardcastle Road Stand, my dad knew people. He had never been to a County game before as far as I was aware and yet he knew people and they knew him.

Now and again, men called out to him by name, people I didn’t know and had never met. A couple of times he stopped and chatted, shared a joke or a reminiscence, asked after a friend or relative. The sense of belonging was instant. My dad’s father had died before I was born. I’d always felt detached from his background. This felt a bit like coming home.

We lived 10 miles away in a village in Cheshire but my dad had been born in a suburb of Stockport called Heaton Chapel, he’d taken the tram to Stockport Grammar School all through the Thirties and had lived in the town for most of his adult life until he got married. He still worked there in the auto workshop his dad had once owned. He knew everybody on Manchester Road, all the shopkeepers on School Lane, he had customers spread out across the area. 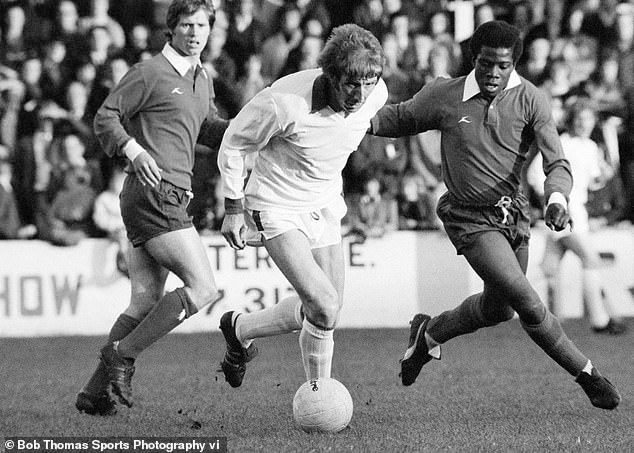 And a cross-section of those people were here at the game: school friends, customers, workmen, old acquaintances. I had been to matches before at Old Trafford and Maine Road but this was the first time I had grasped the idea that a football club could be the heart of a working-class community, that it could be a meeting place, that it was about the collective, that it was about shared history and about identity, that going to the match meant more than just how the team played.

I never lost that memory, just like I never lost the memory of the smells and the sounds of that first match at Edgeley Park, sitting in Section A, the nearest to the Cheadle End. There was a man a couple of rows in front of us in a sheepskin jacket, puffing on a fat cigar and, even though my dad never smoked, the smell of a cigar takes me back instantly to 1979 and Stockport v Aldershot, sitting next to him, watching Mike Summerbee and George Armstrong, Les Bradd and Stuart Lee.

As the years went by, I started catching the train to Stockport and going with a friend or on my own and my dad stopped coming. But County’s anthem, The Scarf My Father Wore, has always resonated with me because it was his town and it was he who took me to that first game and it was he who passed on the importance of community to me. Going to County gave me a sense of belonging that represents the lure of football for fans of all clubs.

I thought often last week about that feeling of belonging and the line football draws to our past. Partly because some of our smaller clubs have never seemed in greater danger and thus have never seemed so precious. Both the National League North and the National League South announced that their seasons were null and void and the threat to an element of our cultural and social history started to feel very real. 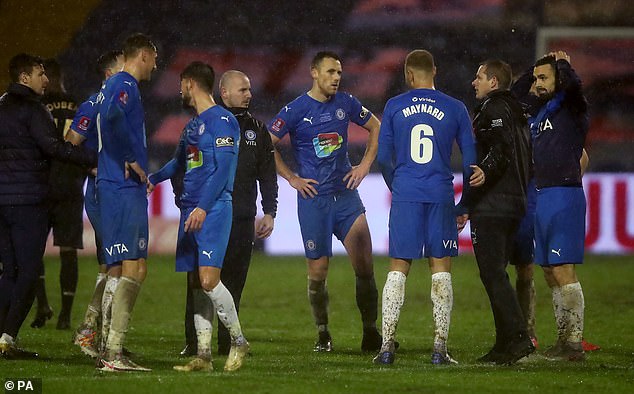 Perhaps most of the clubs will survive the pandemic and emerge from their enforced hibernation relieved and rejuvenated in late summer. I hope so. I hope they survive the indifference of the top clubs who seem to care little for the traditions and the health of the lower leagues as their chairmen talk eagerly about killing off the game’s ‘corner shops’. I hope the small clubs survive the machinations of those trying to set up a European Super League so they can mitigate their own shameless profligacy.

Stockport will play on in the National League, in part because of the beneficence of their owner but, even there, in the fifth tier of our game, the picture is far from clear and the future uncertain. The game outside the Football League has been brought to its knees by the pandemic and is existing in a state of barely disguised chaos.

I hope those who run the game do not forget how vital these clubs are to the social fabric of this country, how they still glue families together when so much of the glue is dissolving, how they are part of our shared history, how they weave themselves into our traditions, how they still bind our communities and dance in our memories, how they must be cherished and not allowed to wither. 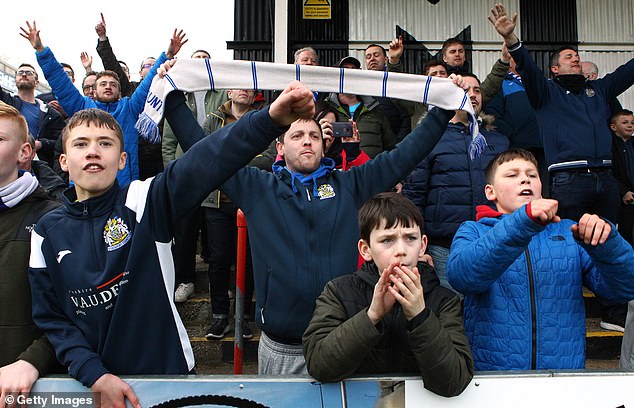 My dad never forgot Stockport even when he was deep into his struggle with Alzheimer’s Disease. He wanted to go back there and revisit all the places of his youth. Sometimes, he asked me if I’d give him the bus fare for the journey. Now and then, in between drives up into the Peak District, I’d take him back to Manchester Road so we could look at his old house and drive past the George & Dragon where his dad used to go for a few pints.

Sometimes, I’d drive him past Edgeley Park, too, past the spot we parked on that Monday evening nearly 42 years ago. It was part of our history. Taking me there was one of the many things I was grateful to him for. And so, County and Stockport Viaduct, a landmark of which he was inordinately proud, were two of the last things I mentioned to him before he died last weekend.

Alisson Becker is 'OUT for Liverpool's clash with Aston Villa'