Olivier Giroud has hinted he could still join AC Milan in the summer transfer window despite Chelsea extending his contract. Chelsea announced on Friday that they had triggered a one-year extension of the Frenchman’s contract in April, but Giroud could still leave Stamford Bridge this summer.

Giroud’s deal was originally set to expire on June 30, meaning he could leave the club as a free agent.

The 34-year-old striker had been strongly linked with a move to AC Milan, who had reportedly offered him a two-year deal worth £3million (€3.5m) per season plus bonuses.

According to reports, Giroud had already begun looking for houses in the Italian city ahead of a move after the European Championships.

Giroud will turn 35 in September and made just 14 starts across the entire 2020/21 season under Frank Lampard and Thomas Tuchel at Chelsea.

The veteran striker still managed to score 11 goals – including four in a single game against Sevilla in the Champions League – but appears to have little chance of improving his game time next season. 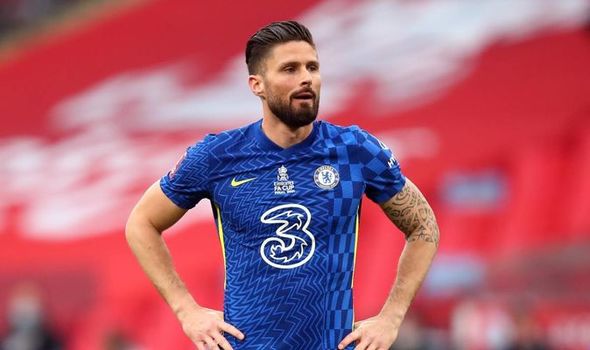 Chelsea are reportedly interested in signing a world-class striker this summer and have been linked with a move for Inter Milan’s Romelu Lukaku and Tottenham’s Harry Kane.

Giroud nearly left the club in the last two transfer windows and seems keen to head for the exit once again when the window opens for 12 weeks on Wednesday.

“I want to make it clear that Chelsea reactivated the clause in April and they recently announced it to comply with Premier League rules,” he said on Sunday when asked whether the extension had affected his desire to leave Chelsea.

“Milan are a big club and one of the great teams in Europe. But, today, I will not talk about my future at the club because I am focused on the France team and the Euros, which is fast approaching.”

Chelsea’s decision to extend Giroud’s contract appears a simple one to ensure they don’t lose the striker on a free transfer next month.

It is a canny move by Chelsea director Marina Granovskaia, but could have ramifications, with Gazzetta Dello Sport reporting on Saturday that it has created ‘tension’ between the Blues and Milan, who are also involved in other transfer business.

Milan are trying to negotiate down Chelsea’s £24m (€28m) asking price for defender Fikayo Tomori, who spent the second half of the 2020/21 season on loan with the club.

The Italian newspaper reported that Giroud’s agents were working to try and ‘calm the waters’ before Granovskaia is due to speak with her Milan counterparts on Monday.