Jose Sa – 6: Produced a phenomenal save early on to tip Aubameyang’s deflected header onto the woodwork. Should have done better with Odegaard’s goal, however, as powerful as the strike was.

Kenny Lala – 6: Frequently looked to get forward on the right for Olympiacos.

Yann M’Vila – 7: Distributed the ball well from the back and put his body on the line when needed.

Sokratis – 6: Former Gunner put in a decent shift for the home team.

Oleg Reabciuk – 5: Substituted at the break as Holebas came on.

Bruma – 6: One of the hosts’ livelier players here but without managing to conjure any clear chances. Replaced on the hour mark.

Andreas Bouchalakis – 7: Energetic and alert even in the latter stages of the game.

Giorgos Masouras – 5: Wasted a terrific chance to equalise after Luiz passed the ball straight to him in the Arsenal box.

Mohamed Mady Camara – 7: Was an important presence in the middle of the pitch, often in the right place at the right time.

Youssef El-Arabi – 7: Dispossessed Ceballos before taking his goal ruthlessly, with Leno ill-positioned to keep out the Olympiacos man. Subbed with 15 minutes remaining. 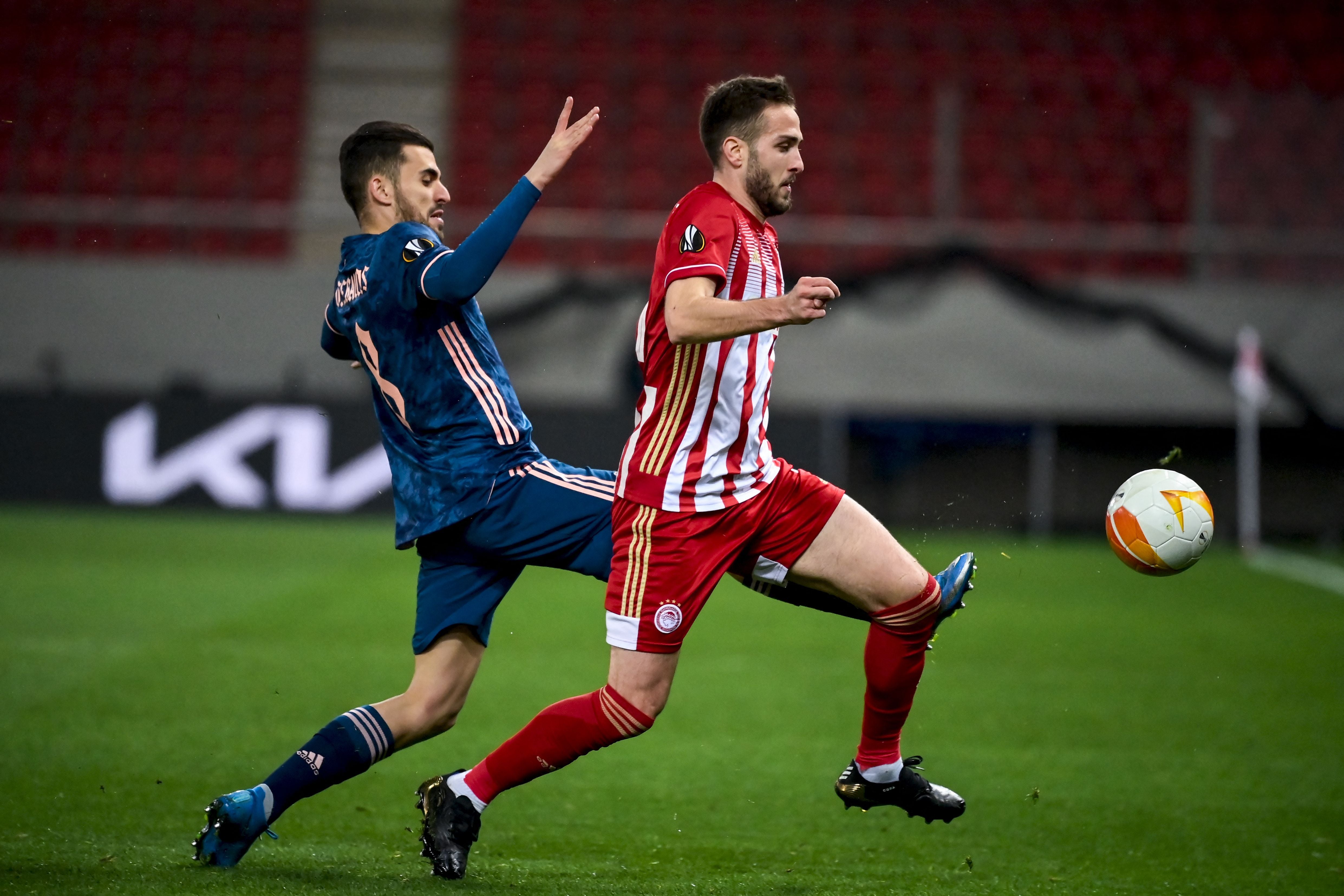 Bernd Leno – 4: Put Ceballos under pressure with the pass that led to Olympiacos’ equaliser.

Hector Bellerin – 7: Composed showing on the right from the defender, who was involved with many of his team’s forward moves.

Gabriel Magalhaes – 7: Largely untroubled at the back and decent on the ball. Rose highest to head home the winner powerfully.

David Luiz – 5: Almost gifted Olympiacos a goal by passing the ball straight to Masouras in the Arsenal box.

Kieran Tierney – 7: Lively on the left and provided numerous dangerous deliveries for his team-mates.

Thomas Partey – 6: Solid presence in the centre for the Gunners. Replaced by Ceballos shortly before the hour mark as a precaution.

Granit Xhaka – 6: Little to criticise in the case of the Switzerland international.

Martin Odegaard – 7: Overcame a sloppy start, which included a horribly scuffed shot, to score his first Arsenal goal with a powerful long-range strike.

Pierre-Emerick Aubameyang – 6: Striker’s deflected header was tipped onto the frame of the goal early on by Sa. Unlucky not to score in that moment.

Ibrahima Konate insists he is fully focused despite Liverpool interest