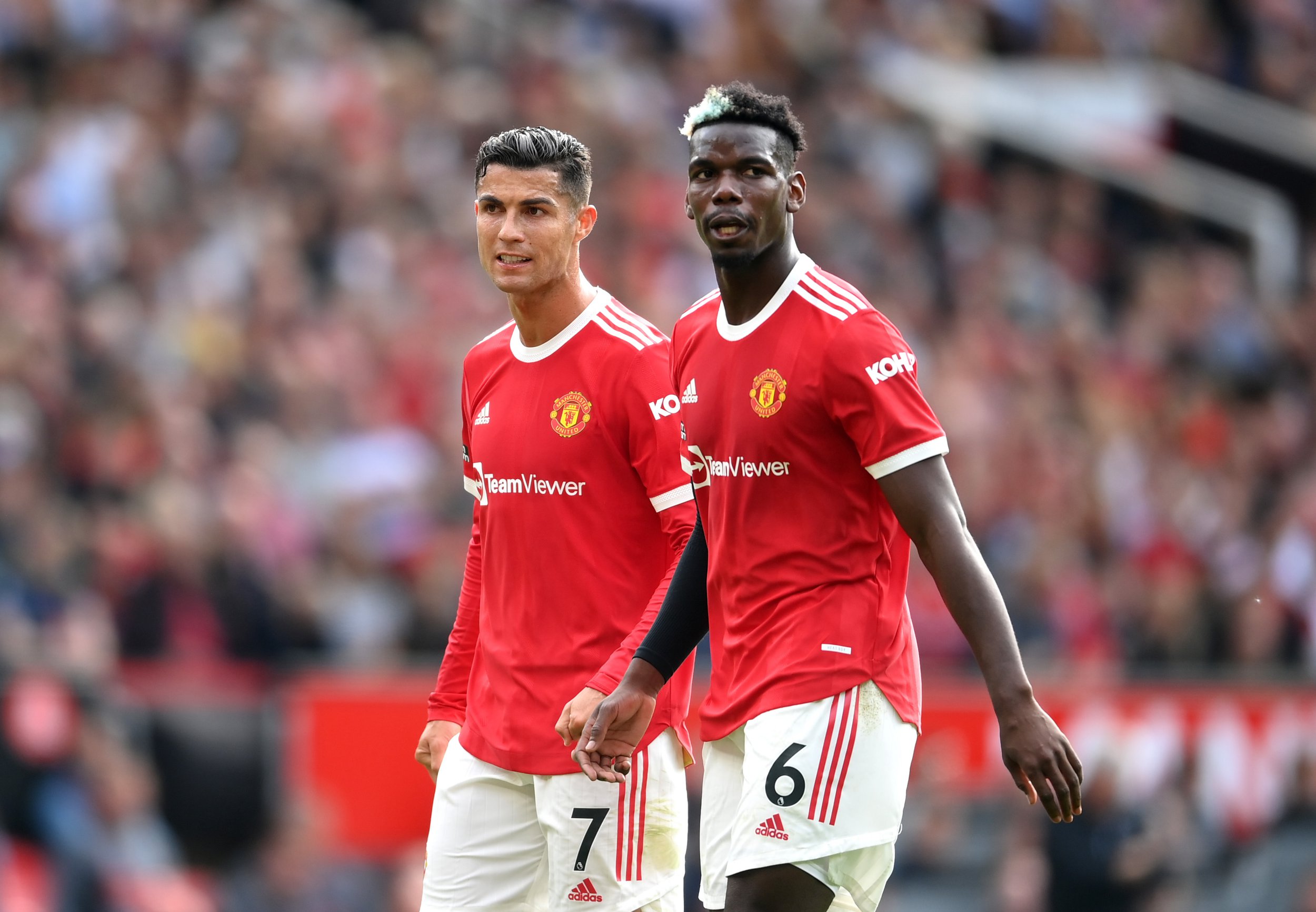 Paul Pogba is now leaning towards extending his stay at Manchester United following the return of Cristiano Ronaldo, according to reports.

The World Cup winner has entered the final year of his contract and talks over a new deal with United have not progressed.

United face the prospect of losing Pogba on a free transfer next summer with Real Madrid and Paris Saint-Germain both keen to sign the midfielder.

However, The Athletic reports that Pogba is now reconsidering the idea of leaving United due to events over the past week.

The report claims that Ronaldo’s return to Old Trafford on Saturday had a ‘profound effect’ on Pogba and there is now the belief that it is a ‘realistic possibility’ that the midfielder will sign a new deal with the club.

United have already made plans in the event of Pogba’s departure next summer and are targeting potential replacements with West Ham’s Declan Rice high on their shortlist.

Pogba has made an impressive start to the new season with United and has already registered seven assists in four Premier League games so far.

The France international is on course to break the current record of 20 assists in a single 38-game Premier League season, which is held by both Thierry Henry and Kevin De Bruyne.

Despite the speculation over Pogba’s future, Ole Gunnar Solskjaer has remained adamant that the midfielder will continue to be committed to United.

‘If you’ve got a five-year contract or a one-year contract, when you sign for Man Utd you have to rise to the challenge of performing on a consistent level,’ Solskjaer said last month.

‘What I expect is that the attitude and the approach to every game is the right one. That we have the same focus, the right focus, the right professionalism and, with that, I have no worries about Paul whatsoever.’