Pogba has fallen out of favour at Old Trafford since last month’s 6-1 defeat at home to Tottenham, starting just two of the seven fixtures that have followed.

And when brought on from the bench in recent outings against Arsenal and Everton, the midfielder has been asked to play out on the left-hand side.

Solskjaer appears set on deploying Scott McTominay, Fred and Bruno Fernandes in the middle of the park, meaning there is no room for Pogba along with new £35million recruit Donny van de Beek and Nemanja Matic.

United triggered a one-year extension in his contract last month, with the previous deal set to expire next summer, but his lack of first-team action has once again plunged his future at the club into doubt.

And Deschamps believes the £89million star will be delighted to have linked up with France this week because of his current Red Devils woes.

“I know Paul well and he knows the squad well. He finds himself in a situation with his club that he can't be happy about, neither in terms of his playing time nor his position,” he told France Football.

“He's not at his best, he's had a string of injuries and Covid-19 has also affected him adversely. He needs to rediscover his rhythm. “He did well in the matches that he was involved in last month and performed consistently despite his lack of rhythm. Nevertheless, we can't say that he's blossoming at club level.

“There's no problem with me, but I also work hard to manage him. 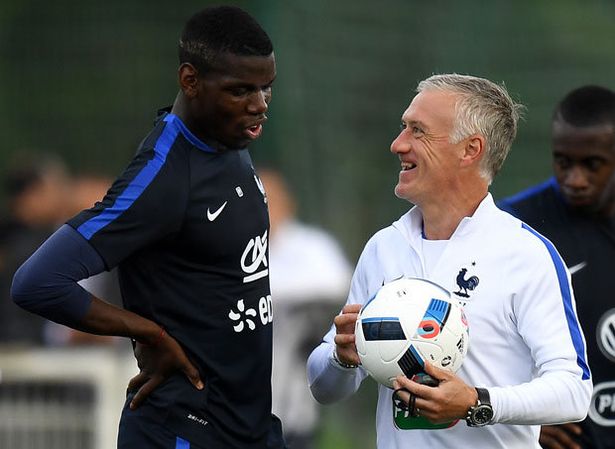 “When a player is unhappy at club level, of course he is happy to play for France. He will tell me about how he's feeling and as I know him very well, things will go in a positive direction.

“It's also his responsibility to put in a big effort.”

Chelsea winger Pedro 'could join Valencia on a free transfer'