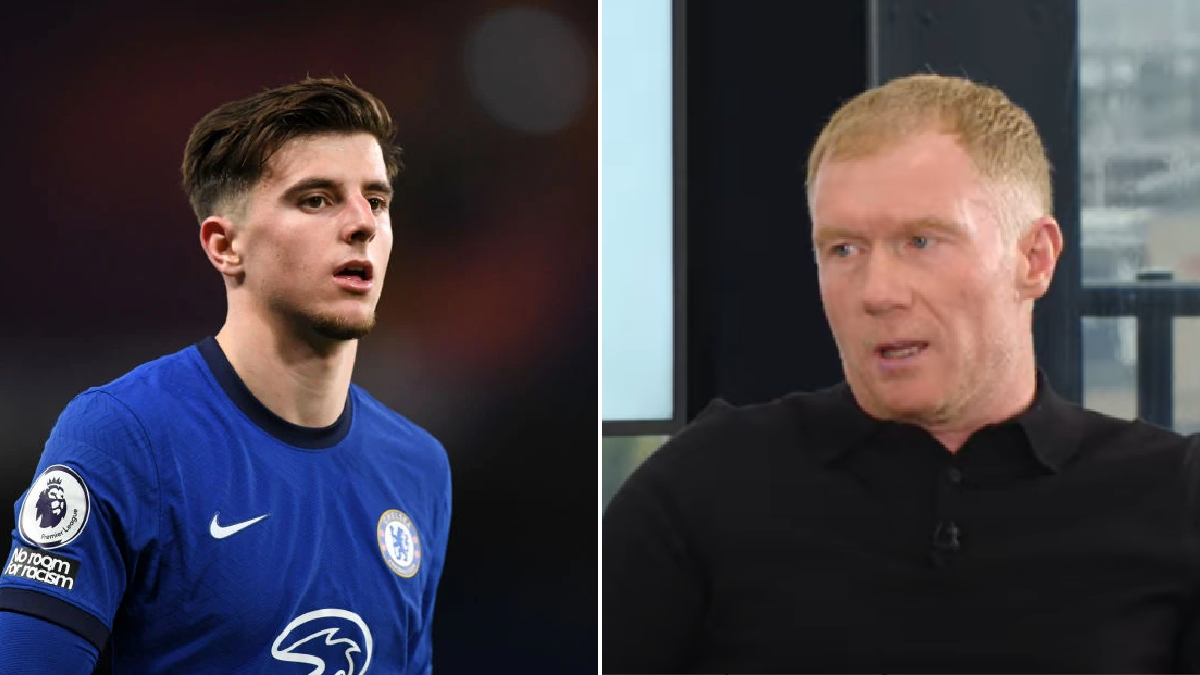 Thomas Tuchel’s European champions are top of the table ahead of Saturday’s clash with west London rivals Brentford, having won five of their first seven matches of the season.

Chelsea’s form under Tuchel – and the summer addition of Romelu Lukaku – has led many pundits to label the club as title favourites, but Scholes believes they will fall short.

‘I think Chelsea have got the manager to challenge. I’m just not sure, not convinced there’s enough goals in the team,’ Scholes said on Sky Sports’ Overlap show.

‘I think Romelu Lukaku will score goals but are there enough people around him to score goals. I’m not sure Timo Werner will. When he plays for Germany he scores every game, for Chelsea he misses a lot of chances.

‘I also don’t think Chelsea are great defensively. [Antonio] Rudiger has been really good but other than that, Thiago Silva is 36, he’s not going to play every game.

‘[Andreas] Christensen is a young player. In the middle of your pitch Chelsea are alright. But I’m not sure Chelsea will score enough goals and defensively be good enough.’

Mount has been a mainstay in the Chelsea team since Frank Lampard took over the club and helped Tuchel’s side win the Champions League last season, but is yet to open his account for the 2021-22 campaign.

‘Mason Mount, he needs to start scoring goals, Scholes added. ‘I think he’s a great player but he’s got to start winning games, almost in the mould as Frank Lampard.

‘I see him as that type of player but Frank produced all the time and won games for his team. Mason Mount has to start doing that.’