Ian Wright has launched a valiant defence of England’s Euro 2022 hero Beth Mead after issuing a demand to a beer company to pay her for the privilege of using her name. The former England striker called out Camden Town Brewery on social media after announcing their partnership with the Lionesses ace to release a new drink.

The London-based beer brewer announced after the tournament victory that they would be releasing a limited edition drink called Goalden Mead – with a nod to the Lionesses star’s achievements and surname – with 100 per cent of the revenue going to a charity of the footballer’s choice.

Wright has been vocal in his support for the women’s game after covering the tournament for BBC Sport, calling on Premier League clubs to do more to help sustain the women’s game’s popularity.

And while the 58-year-old applauded the idea to donate the proceeds to charity, he questioned if Mead – who won the tournament’s Golden Boot with six goals and five assists – would be compensated for helping raise the profile of the company and demanded they “pay her” accordingly. 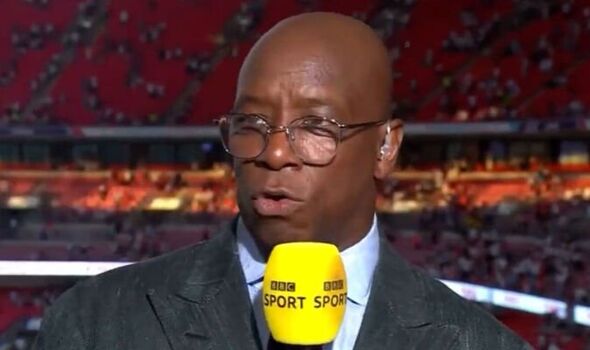 “All good and well to add the charity element to this,” Wright tweeted from his official Twitter account. “But has Beth been properly paid for using her name and associating her with your brand? Pay her.”

Camden Town Brewery have since responded to Wright’s tweet, clarifying that Mead was aware of the release and picked a charity for the sales to go towards, which would suggest that she would not be paid a fee.

A spokesperson told Express Sport: “We made sure Beth was aware of the beer before we made it available for our Camden and footie fans, and she even nominated the charity partner herself, so all money is going to a good cause – and we’ll be matching donations.” 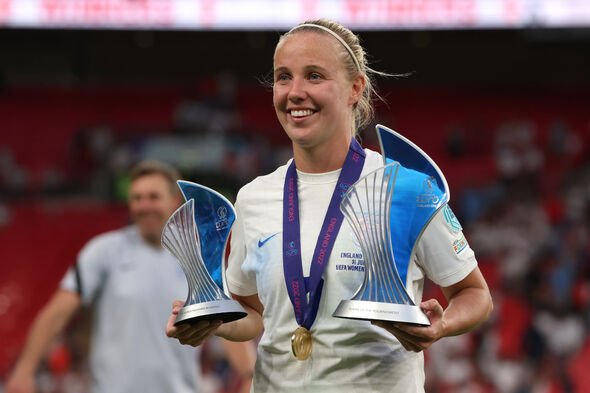 Mead played a key role in England Women’s Euro 2022 triumph, picking up the award of UEFA’s Best Player for her efforts after scoring six goals and assisting five for her team-mates in the tournament.

She started the final but it was Ella Toone and Chloe Kelly who got on the scoresheet, as Sarina Wingman’s side celebrated overcoming Germany 2-1 in extra time in front of a record crowd at Wembley on Sunday to lift the trophy.

Mead, backed as the favourite to land the 2022 BBC Sports Personality of the Year award, has seen her popularity skyrocket after the tournament. And it is no surprise to see Camden Town Brewery latch onto her success due to sharing her name with mead, the honey-infused alcohol beverage. 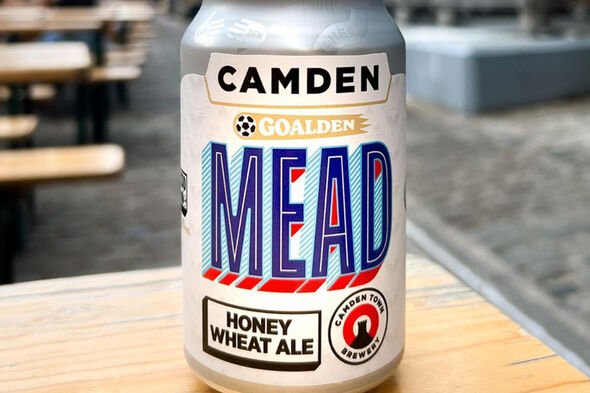 Her boss at Arsenal, Jonas Eidevall, tweeted his support for the 27-year-old after posting a screenshot on Twitter appearing to show that he was going to purchase a pack of the £14 case of beer.

Mead, who plays her club football for WSL outfit Arsenal, reportedly earns just £25,000 a year with the north London club and tops up her income thanks to her sponsorship deal with Nike.

However, she pocketed a well-deserved bonus of £55k as part of the payment handed out by the FA to England’s heroes, giving the Lionesses are well deserved boost to their bank accounts after ending the nation’s 56-year wait for an international trophy.

It’s Coming Home! Get your piece of England football history with the official UEFA Women’s EURO 2022 final programme! Featuring both teams’ journey to the final and stunning images, this is a must-have souvenir for only £10 (plus P&P). On sale from reachsportshop.com

‘You’re not going to see Harry Kane playing left-back, that’s for sure’: The reinvention of Jose Mourinho