Pep Guardiola was the sort of footballer at Barcelona so elegant on the ball that it was as if he played with an exclusion zone around him, but even he was aware of a message that Mauricio Pochettino would regularly give opposition players in Spain.

“Think twice if you try to beat me,” the former Espanyol centre-half would tell attackers. “Because I’ll kill you.”

It’s the sort of thing Pochettino chuckles at now, while insisting he never really meant it. Some of the evidence says otherwise.

Back before Pochettino’s first meeting with Guardiola as Premier League managers – Tottenham Hotspur’s 2-0 win over Manchester City in October 2016 – the Argentine was shown a clip of one of their matches as players in the same city, at Espanyol and Barcelona respectively. It was when Barcelona had the Brazilian Ronaldo tearing up the Spanish league for one season in 1996-97, and one moment stood out. Pochettino absolutely clattered him, scything through the Brazilian to ensure the ball didn’t get any closer to the Espanyol goal.

Pochettino couldn’t help himself laughing about it, turning to a Spurs employee then as he walked up the stairs chuckling “did you see me and Ronaldo?”

There was a similar moment with Guardiola last season, for a different reason, when it was mentioned to him how exquisitely he’d controlled a ball that came out over the touchline. “I had a lot of quality,” he smiled, innocently nodding to those he caught eyes with.

There was a real professional pride with both about what they’d been. As regards what they are now, it would be simplistic to say their current teams are extensions of their playing careers, but equally wrong to deny some very concrete connections now that they’re managers.

Guardiola has of course become famous as a key figure in the development of the Barcelona philosophy – and what is the game’s current dominant philosophy, greatly influencing even Pochettino – but he was also a foundation stone. Johan Cruyff put him as the midfield pivot in that first dream team at the start of the 90s, from where the young Guardiola would start so many moves and then keep them going by almost never losing the ball. 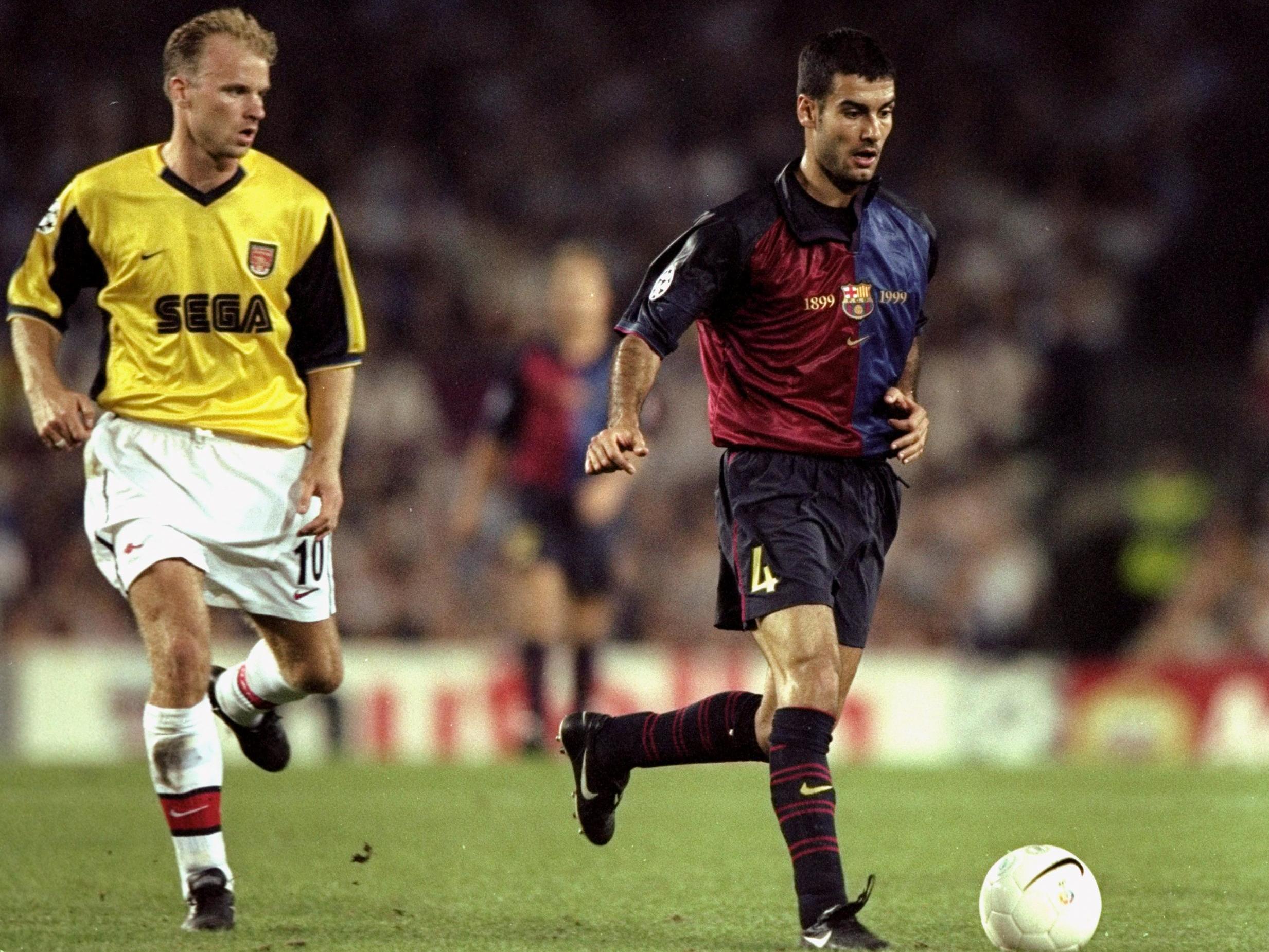 His game was all about thought, but not completely – nor was it all little passes.

One of the stand-out moments from Guardiola’s career was a divine through ball to set up Philip Cocu in a 4-2 win over Arsenal, appropriately enough at Highbury in the 1999-2000 Champions League. The arch of the ball, and the way it so tantalisingly curved away from Martin Keown and into Cocu’s path, was undeniably perfect. It was also part of a continuation in itself. Moments like this characterised his career.

Pochettino’s stand-out moments weren’t quite so artistic. One enthusiastic Espanyol fan has put together a 15-minute video on YouTube titled “el sheriff de Murphy”, the player’s nickname because of his town, his grandfather’s profession and his approach to the game. It is filled with fine defensive work, aggressive tackles, outright fouls and some of the most cynical pieces of play you’ll ever. While Pochettino could never ever be described as someone who would shirk a tackle or back out in any way, it could also be very fairly said that he’d put his feet where others would put their head. Literally. There are so many images of him launching his feet into the air when others were throwing themselves towards the ball.

Little wonder that Arsene Wenger once smirked “I remember Pochettino as a player”, before doing a hard chopping motion. The archives from so many Barcelona-Espanyol derbies during the Argentine’s seven years in the city are full of quotes like the following.

“Look, in this subject I’ve always been sincere,” Pochettino said after a controversy in his very first derby, back in 1994. “Because I don’t know how to lie. On the pitch, I didn’t think it was a foul. Later, with the TV images, I saw [Ronald] Koeman was a bit discomfited.”

Then the following, from Abelardo, two years later: “It was a textbook penalty. It’s so clear. Pochettino grabbed me, lifted me and threw me to the ground.”

Pochettino and Guardiola actually only appeared on the same pitch nine times in their career, and it says much that the Argentine was booked five times.

Eight of those matches were Barcelona derbies and Guardiola’s side typically won the majority, with Espanyol only winning once while both were on the pitch, but their last ever meeting displayed it wasn’t all aggression and cynicism with Pochettino. In a 1999 friendly between Spain and Argentina, the defender got the second in a 2-0 win, one of a few goals in his career. A lot of those were of course headers right up against the opposition, but not all of them. There were a few highly technical finishes, to go with someone who was a technically accomplished centre-half, if also “a classic centre-half”.

That radiates from the following sentence, from Pochettino’s book with Guillem Balague, ‘Brave New World’.

“Twenty years ago, if you didn’t go in hard and mark your territory, strikers would eat you alive. And when you got a yellow card, at least it was after giving someone a good kick.” 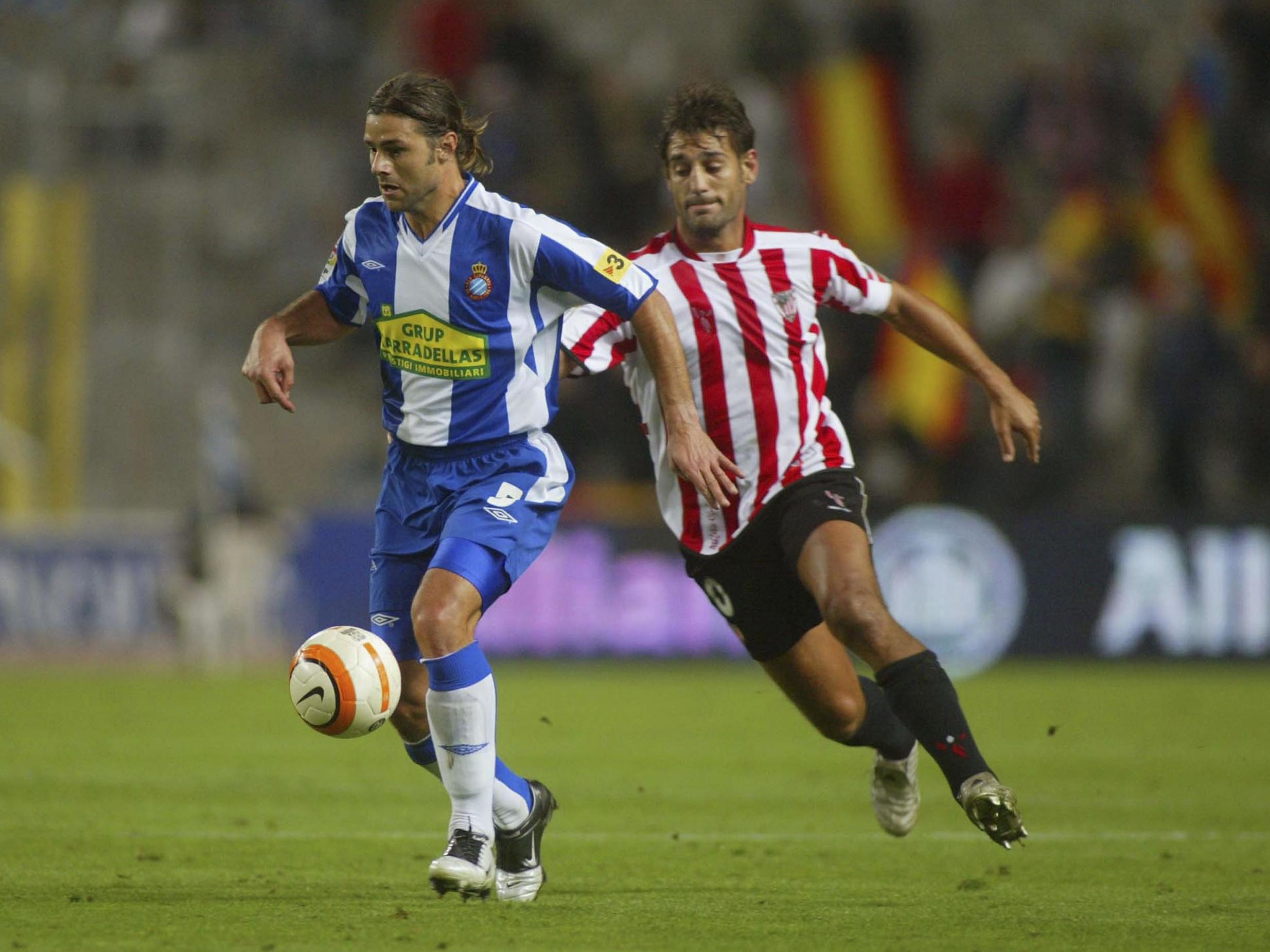 This was one huge difference between Pochettino and Guardiola, that is relevant to their careers.

The latter wouldn’t go in hard. He couldn’t. Guardiola lacked the physique to beat opposition players in this regard, so Cruyff taught him another way.

“Why fight?” the Dutch master would ask. “Keep your distance, anticipate where he’ll head the ball and wait for the bounce.”

It was aggression against analysis, but it was also two players intensely invested in the game, who thought deeply about how to make the best of their talents.

That is one similarity between their sides now, but the differences from their periods on the pitch in the Catalan capital are still visible.

Guardiola sides are about the use of movement and sophistication, Pochettino’s are hard-edged with a hard-to-beat defence.

The evidence will be there at Wembley.

Marcelo insists his Madrid career isn’t over, but if it is, he’s one of their greats