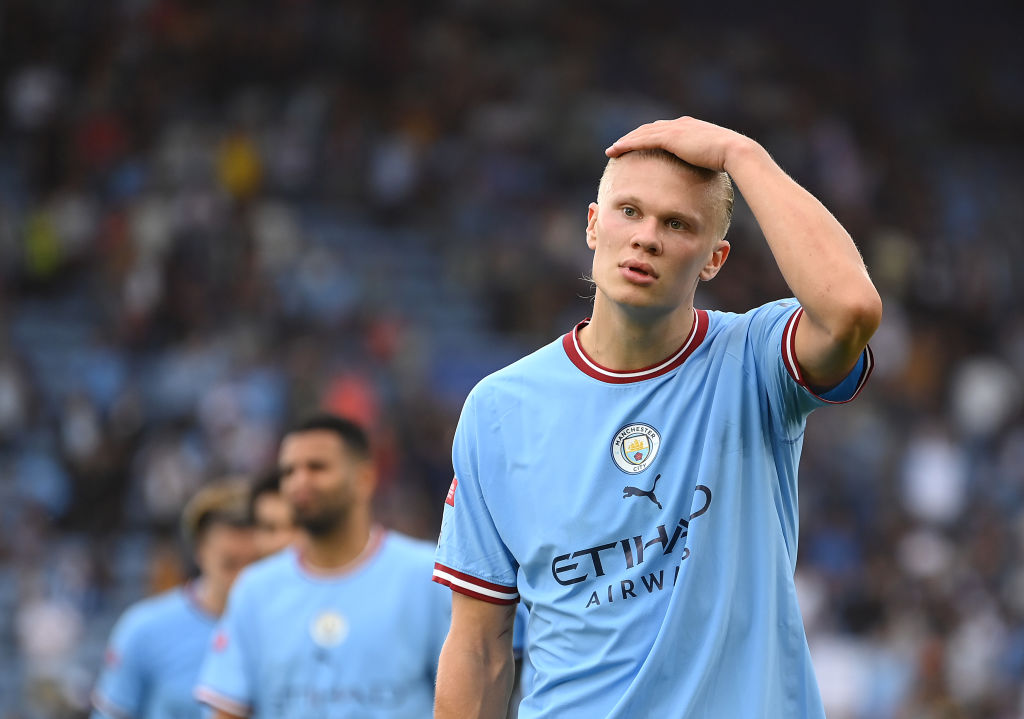 Pep Guardiola described Erling Haaland’s performance in the Community Shield as ‘very good’ despite his new star striker having a debut to forget in a Manchester City shirt.

The summer signing from Borussia Dortmund was not at his best as Guardiola’s side were beaten 3-1 by Liverpool in Leicester.

The Norwegian missed a good chance in the first half when he lunged at a cross with his left foot when maybe his head was the right choice, but it was nothing compared to the opportunity he spurned late on.

After a Phil Foden shot was parried by Adrian, Haaland was free, six yards from goal with the ‘keeper on the ground but he hit the bar with his effort.

The 22-year-old’s touch also let him down a couple of times in the penalty box, but Guardiola said he was pleased with the forward, who showed that he could get in the right positions to score goals, even if he didn’t find the back of the net on Saturday.

‘Very good,’ Guardiola told ITV of Haaland’s performance. ‘He had chances, today he couldn’t convert, but he is an exceptional player.