There are growing concerns over leaks after news of Jack Grealish’s surprise absence got out ahead of Aston Villa’s Premier League match against Leicester City on Sunday.

Premier League players and staff up and down the country are now being warned about the potential risks of taking part in the Fantasy Premier League.

Sky Sports News reported on Monday new software or “bots” have been used to scan any changes made to teams by people who work at football clubs – information which is then automatically published on social media.

One Twitter account, believed to be based in Norway, generates an automated tweet once a player or staff member changes a player at their own club.

In just over three weeks, the account has highlighted more than 60 ‘transfers’ in and out of Fantasy Premier League teams belonging to players and staff at more than half of top-flight clubs.

Guardiola says he is not familiar with fantasy football and does not participate, but he is aware “players play games”.

He added: “Sometimes when you have a team selection and people have friends from other teams, they talk about what they do.

“Sometimes it happens and it’s incredibly unethical and unprofessional but can’t be controlled.”

The rules of Fantasy Premier League mean participants have to make any changes to their team (substitutions or transfers) 90 minutes before the first match in any game week.

That could mean information being released before a game on a Friday night, that hints at the team news of any Premier League team playing on a Saturday or Sunday – or worse still, a full 73 hours before two teams play in the Monday Night Football.

Now, officials at several top clubs have told Sky Sports News that – while the game has not been banned within training grounds – players and staff have been told to avoid including players from their own clubs in their fantasy league teams, so they can’t inadvertently reveal any confidential team news. 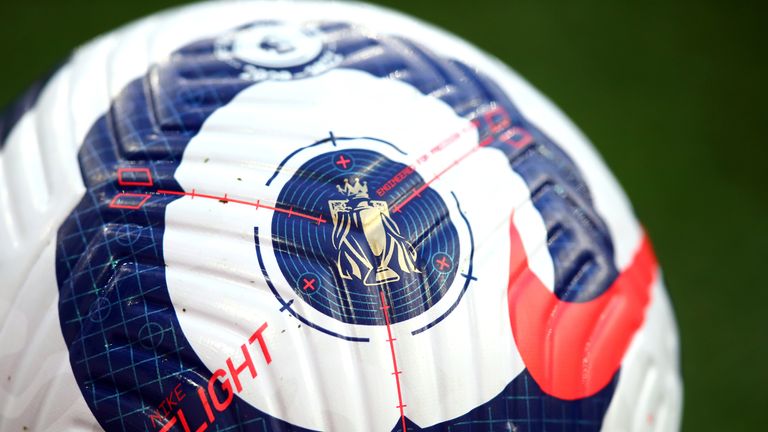 One club said a number of junior members of staff – such as those involved in statistical analysis or physio support – had no idea that they had been targeted by the software, or that their fantasy team changes might be used to give team news clues to others.

Another club said team news is a closely guarded secret, and so they would look at the issue afresh to make sure no opponent could gain a competitive advantage.

An official at a third unnamed club said they did not think taking part in the Fantasy Premier League was in-keeping with the standards expected of football professionals, and they would be communicating that belief to the squad and support staff.

A fourth club told Sky Sports News they are aware of the potential pit falls, but they hope recent publicity around the issue has “focused the minds” of their players and staff, whom they trust to use “common sense”.

A fifth club official said they have applied new conditions to those within the club who play the game, as well as new guidance on what to avoid.

Two more Premier League clubs told Sky Sports News they do not see any problem with the game, and they would not at this stage be making any changes to their rules or guidance.