Peter Crouch and Owen Hargreaves have heaped praise on Erling Haaland after the 20-year-old broke the deadlock for Borussia Dortmund in the Champions League clash with Sevilla on Tuesday.

The Norwegian showcased his uncanny ability to pop up in the right place at the right time to score the opening goal, as he finished off a well-worked move from the Bundesliga side.

Having already struck twice in the first leg against Sevilla, Haaland showed great composure and movement to continue his staggering form in front of goal, which saw him equal Kylian Mbappe’s goalscoring record in the Champions League by netting his 19th strike before reaching the age of 21. 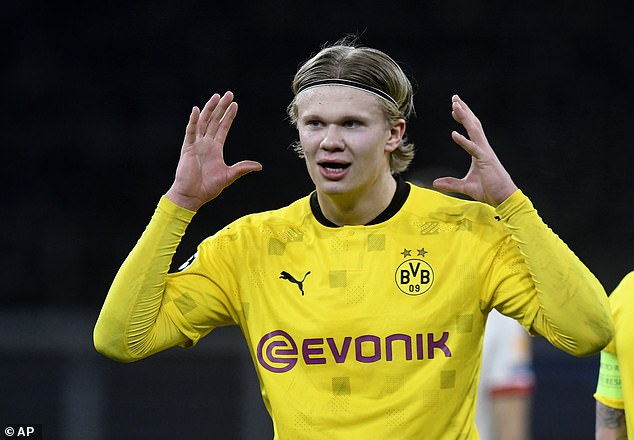 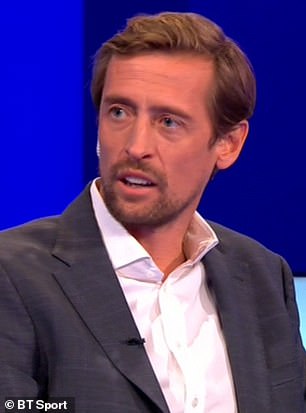 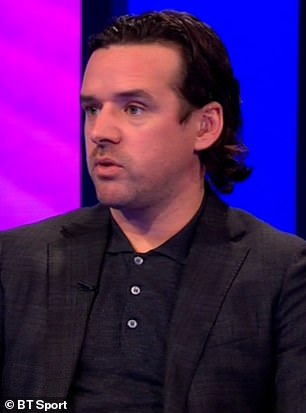 Haaland’s goal 10 minutes before the half-time interval put Dortmund firmly in the driving seat, seeing them go 4-2 up on aggregate.

And his unbelievable goalscoring ability saw Crouch and Hargreaves describe him as a ‘one-man wrecking crew’ during the half-time break.

Crouch told BT Sport: ‘His numbers just get better and better, and there are no signs of stopping. It looks like a tap-in but it is all about the movement beforehand. He has the pace and movement to get in behind.’ 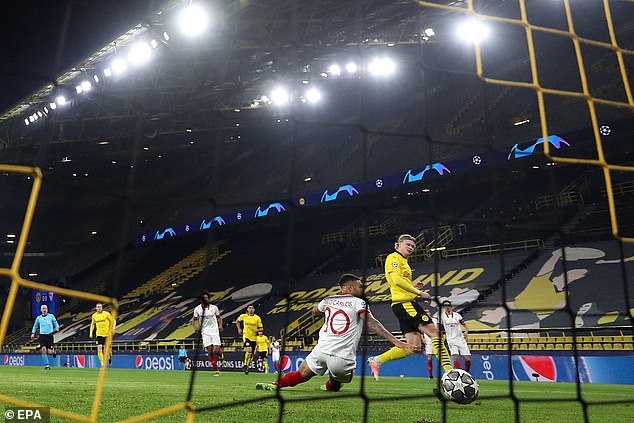 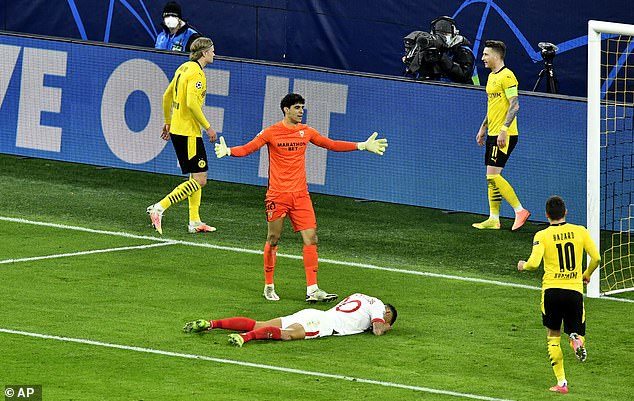 Haaland was the hot topic of discussion before the game, with both men agreeing that the striker is ‘already world class’, despite his young age.

‘He’s a proper number nine and I thought we lost them. He’s got everything; pace, power, aggression. I haven’t seen this from a player this young ever.’

Hargreaves added: ‘He just looks angry the way he plays football, it’s like nothing I’ve ever seen.’

Haaland went on to double his tally from the penalty spot in the second half to break Mbappe’s European record with his 20th strike in the competition.

While Sevilla staged a late comeback to see the score end 2-2 on the night, it wasn’t enough and it was Haaland and Co who advance to the next stage of the competition.