The players’ union worked with online hate detection company Signify to monitor levels of abuse on the platform in the 2020-21 campaign, and its report also looks at how Twitter handled that abuse.

It found that out of 400 Premier League players who were found to hold a Twitter account, 176 of them – 44 per cent – received abusive messages. Twenty per cent of the abuse was directed at just four players, who the PFA did not name in order to avoid triggering further abuse.

The study analysed over six million posts and ran a deeper analysis of 20,000 messages, and found 1,781 explicitly abusive messages were sent from 1,674 accounts. The tweets were reported to Twitter for removal and the accounts flagged to Twitter for sanctioning.

Just over 50 per cent of the abusive messages were traced back to UK-based accounts, the report said, and the problem got worse as the season progressed – with racist abuse increasing by 48 per cent in the second half of the campaign compared to the first.

A third of the verified abusive accounts were found to have an affiliation to a UK club – either as a fan, a member or season ticket holder. The clubs concerned have been contacted directly by the PFA.

Racist abuse peaked in May, the report found, having initially dropped following the social media boycott at the start of the month. The report attributed the spike in May to an incident in the FA Cup final between Chelsea and Leicester, compounded by the sides meeting again in the Premier League three days later. 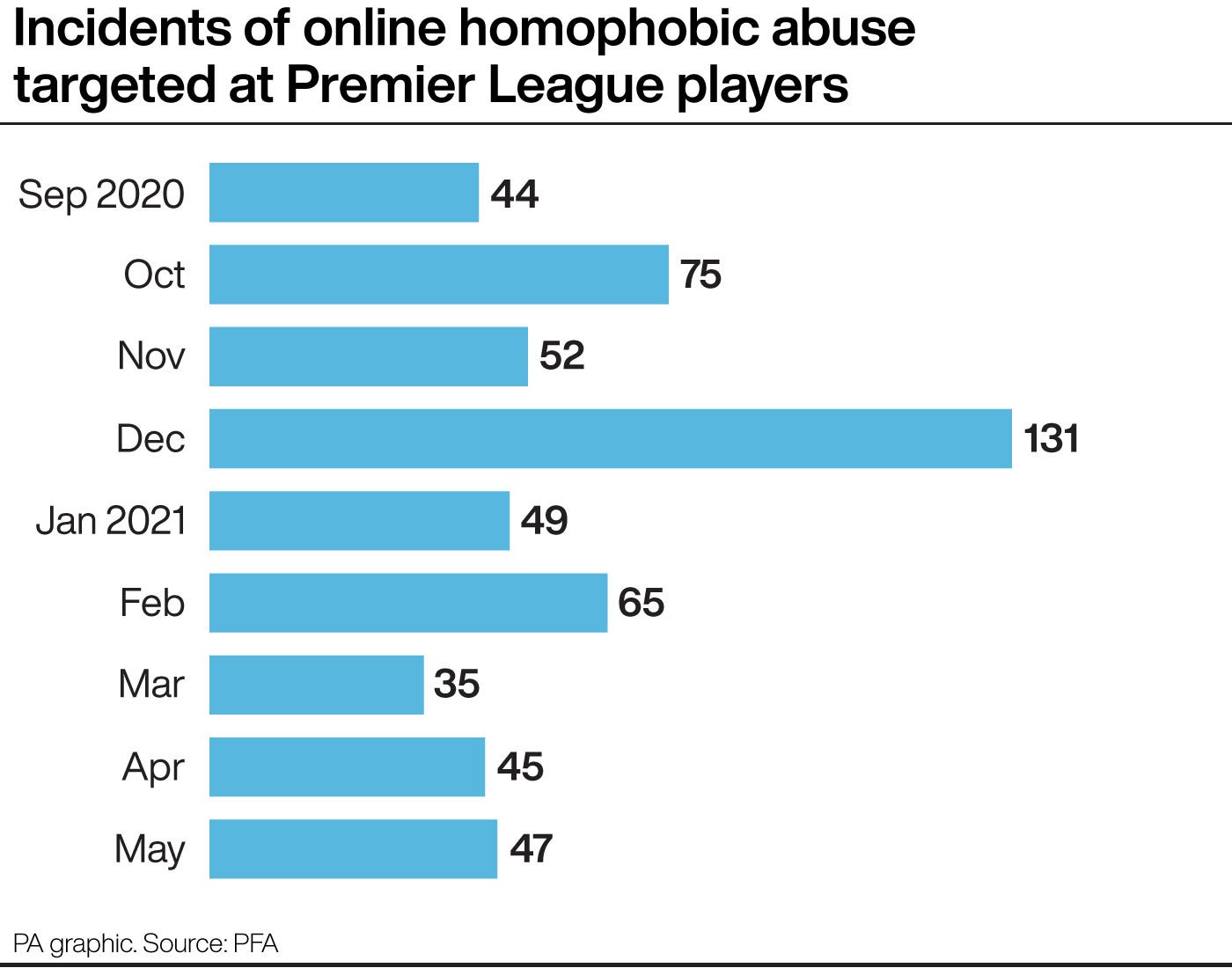 The report also highlighted an apparent lack of action to remove the posts or hold those who posted the messages accountable.

Signify found more than three-quarters of the 359 accounts found to be sending explicitly racist abuse to players during the season were still on the platform last month. Only 56 per cent of racially abusive posts identified throughout the campaign had been removed, with some remaining live for months and even the full duration of the season. Of those 56 per cent, the report determined that 19 per cent had been deleted by the account holder rather than Twitter.

More than four out of five targeted homophobic messages identified across the season were still visible on Twitter. 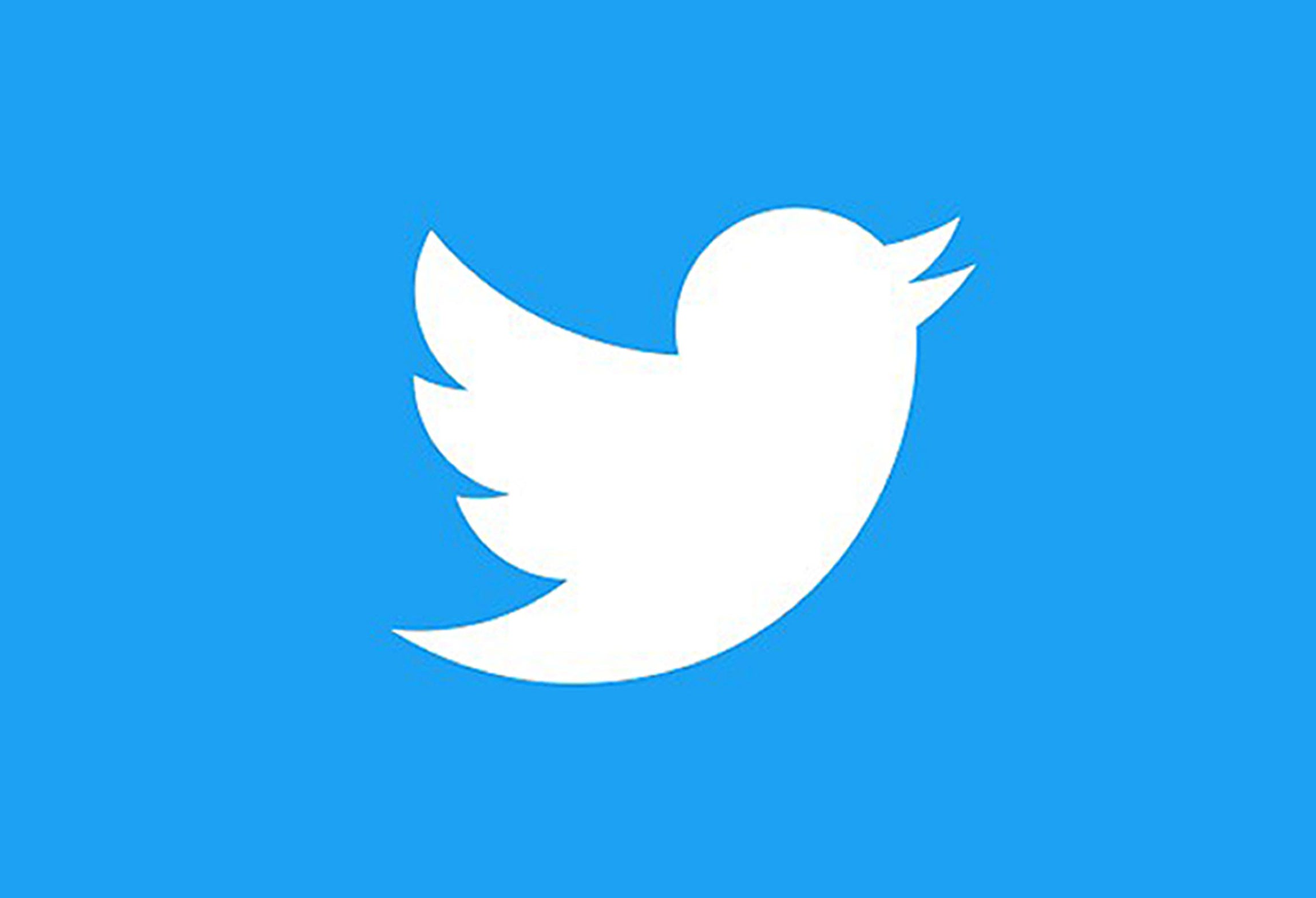 The PFA has presented its findings to the social media platform, and its new chief executive Maheta Molango said: “The time has come to move from analysis to action. The PFA’s work with Signify clearly shows that the technology exists to identify abuse at scale and the people behind offensive accounts. Having access to this data means that real-world consequences can be pursued for online abuse. If the players’ union can do this, so can the tech giants.”

The report also looked at a sample of accounts held by players in the EFL and the Women’s Super League (WSL), and it said that Twitter appeared to apply a hierarchical approach to its moderation. Twenty seven per cent of abusive posts directed at Premier League players are no longer visible, dropping to 17 per cent for abuse targeted at EFL players and 12 per cent for WSL players.

Twitter does not believe the report fully or fairly reflects the steps it has taken to proactively enforce its rules.

A spokesperson for the platform said: “It is our top priority to keep everyone who uses Twitter safe and free from abuse. While we have made recent strides in giving people greater control to manage their safety, we know there is still work to be done.

The time has come to move from analysis to action. The PFA’s work with Signify clearly shows that the technology exists to identify abuse at scale and the people behind offensive accounts

“We continue to take action when we identify any tweets or accounts that violate the Twitter rules. We welcome people to freely express themselves on our service, however, we have clear rules in place to address threats of violence, abuse and harassment and hateful conduct.

“For example, in the hours after the Euro 2020 final, using a combination of machine learning based automation and human review, we swiftly removed over 1,000 tweets and permanently suspended a number of accounts for violating our rules – the vast majority of which we detected ourselves proactively using technology.”

Twitter points out that it launched the ability to hide replies in November 2019 and recently added new conversation settings that allow people on the platform, particularly those who have experienced abuse, to choose who can reply to the conversations they start.

However, Molango believes too much onus is placed on players to apply filters to block out the abuse.

“It is not down to the victim to push a button. We have made clear that it’s not good enough,” Molango said.