Phil Neville has fascinatingly opened up on his emotional departure from Manchester United, revealing that his brother Gary instigated his exit by setting up a chat with Sir Alex Ferguson.

Neville joined English rivals Everton in the summer of 2005 having become frustrated over a lack of playing time at his beloved club United.

And with the writing on the wall surrounding his future at Old Trafford, it was his older ‘protective’ brother Gary that set the wheels in motion after he struggled to come to terms with the likes of Kleberson, Eric Djemba-Djemba and Quinton Fortune playing in front of him. 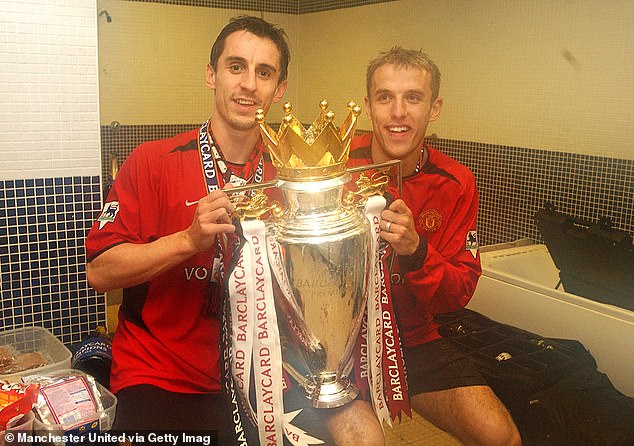 Speaking on Jamie Carragher’s ‘Greatest Game’ podcast, Neville revealed all about what led to his exit: ‘The decision came in an eight month period where he kept playing these players, and then I would play a few games and do well, and these players would come back in.

‘And there was one game against West Brom at home, I played and got subbed, Quinton or Djemba-Djemba came on, and I was sat on the bench, and I never forget… the secretary after the game came up and said to me, “I know what you’re thinking”. He said “you need to leave” and I said “yes that is what I am thinking”.

‘The ball had probably started the previous eight months. We got to the cup final and we played Arsenal in Cardiff and we lost on penalties. And I wasn’t named as a sub, and that was the final nail. I remember that day thinking it was time, the writing is on the wall. And Steve McClaren rung me from Middlesbrough, and said if I was interested. And I knew Steve knew Alex, so I thought they had maybe spoken to each other, and thought that was a real sign. But David Moyes approached my dad as well.’

Neville – now Inter Miami manager – then opened up about the huge role his brother played in helping him secure a move, by arranging a talk in Ferguson’s living room between the trio where he finally made a decision over his next chapter. 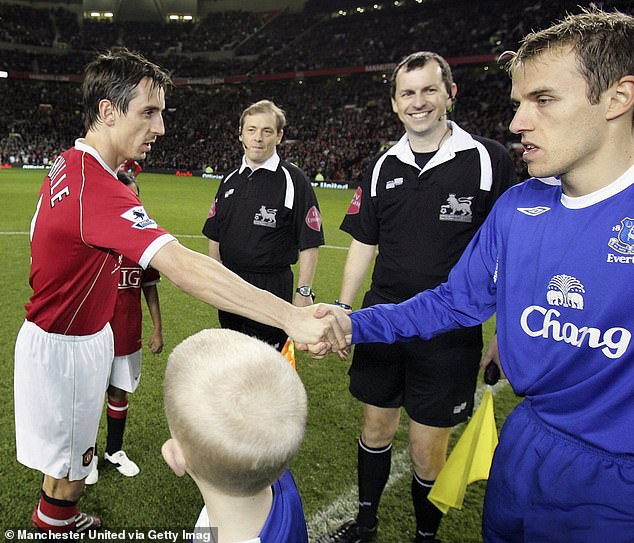 ‘I was with Gary one day, and I said this is happening,’ he disclosed. ‘And Gary being Gary, he literally picked up his phone and rang Sir Alex straight away, and within 10 minutes we were sat in his front room. Literally Gary wasn’t my team-mate, he became my brother, the protective one around me. He just took me straight to Sir Alex’s house, and at that time we decided it was the best thing.

‘I had a cup of tea, a piece of cake, and we spoke about the next stage of my career, and literally came out of his house and I was no longer a United player. Ultimately, it was probably Gary that instigated the final bit.

‘My dad was away on holiday with my mum. And he literally picked up the phone and rang the boss, and said right we need to talk, Phil wants to talk, and within an hour, Gary had got me a move to Everton.’

Then when quizzed by Carragher about what his chat with the legendary United manager was like, Neville revealed he urged him to sign for Everton over signing for a club in Spain or Italy.

Neville added: ‘He didn’t want me to leave. Two things he kept saying to me – he said “I don’t want you to leave, there’s a contract there, I want you to stay but I understand for your career”. 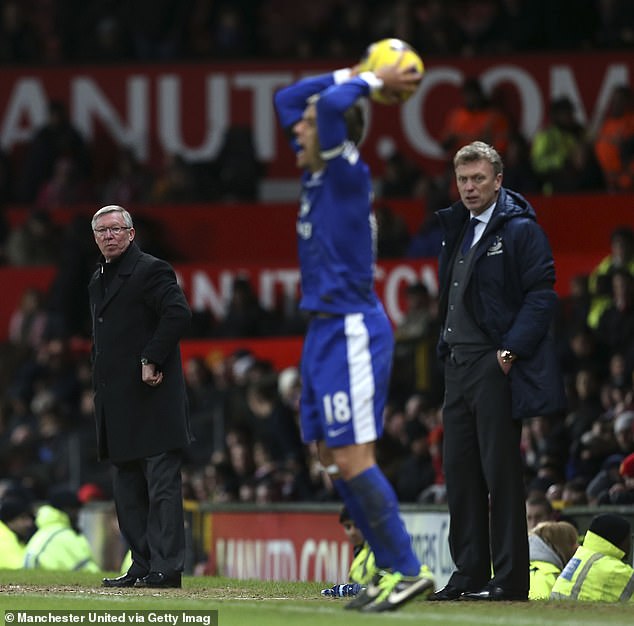 ‘I said “well I’m not going to another Premier League club, there was interest in Spain from Atletico Madrid at the time, I never want to play against Manchester United”.

‘But he said “I thought you said Everton were interested”. And I said “yeah but I’m not”. And he said “I want you to sign for Everton”. And I said “no boss, I don’t want to play against Man United, I would find it too difficult”. He said “you’re signing for Everton, that is the best club, David Moyes is the best manager, it’s just down the road, you can keep your family unit together”.

‘I said “but boss, I am thinking about speaking to an Italian or Spanish agent”. I wanted to move abroad. He kept saying Everton. And we came out, and the next day, Moyes phoned my dad, he came to my house, two days later I drove to Goodison Park, signed for Everton. Three or four days later, first game of the season, we played United.

‘The funny thing about Gary, is he is the most unemotional person ever. Doesn’t get emotional, doesn’t hug, doesn’t do high fives. So I go into United and clean my boots out, the only person I didn’t see that day was Gary, he hid somewhere in the training ground because he didn’t want to say goodbye to me, he didn’t want any fuss. He was the only player who never came to say goodbye to me.’ 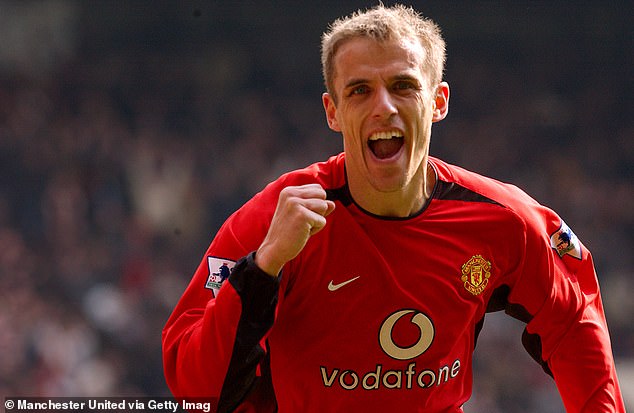 It was an emotional exit for Neville from United, having played for his beloved club 378 times

Neville left Old Trafford having played 378 games for his beloved club, where he rose through the ranks alongside his brother Gary.

He won six Premier League titles, three FA Cups and one Champions League alongside his brother in the first team between 1994 and 2005.

He then made the move to Everton, where he would immediately become captain under Moyes at Goodison Park.

Neville, who played numerous times against Gary, featured 303 times for the Toffees between 2005 and 2013 before announcing his retirement.

Arnold stayed loyal for ‘the kids’

Paul Pogba is no longer a priority signing for Real Madrid