‘I think it will happen. It’s a big league’: Derby boss Phillip Cocu hopeful VAR will be implemented in the Championship after two key decisions go against Rams in draw with Cardiff

Derby manager Phillip Cocu is hopeful VAR will one day be rolled out in the Sky Bet Championship after seeing two key decisions go against his side in a 1-1 draw with Cardiff at Pride Park.

After taking a sixth-minute lead through Scott Malone, the Rams were denied a penalty 10 minutes later when Martyn Waghorn appeared to be felled by Joe Bennett only for referee Darren England to wave away appeals.

Within 90 seconds, England awarded Cardiff a penalty that was converted by Robert Glatzel, but with Cocu believing there had been a handball in the build-up. 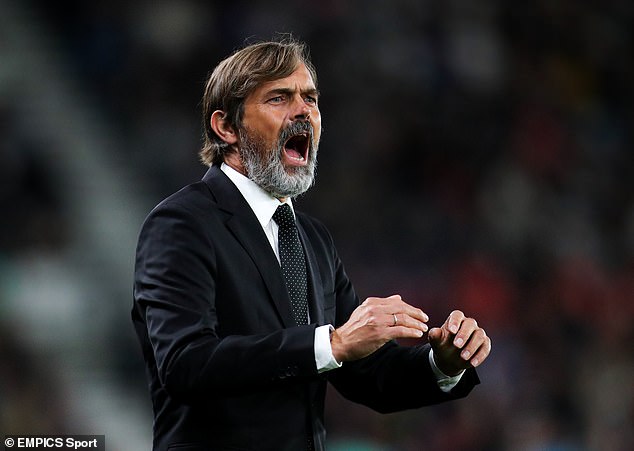 ‘It’s hard to take, with the decisions on the penalties key,’ said Cocu.

‘With Waghorn, it’s a clear penalty, and if you go 2-0 up the confidence of the team will be higher and the chance of three points in the pocket is very big.’

In suggesting ‘it looked like a handball’ prior to Cardiff being awarded their penalty, Cocu added: ‘These decisions are not going our way at the moment but that’s the way it is.’

Asked whether he would like to see VAR for Championship games, Cocu replied: ‘I think it will happen. It’s a big league. 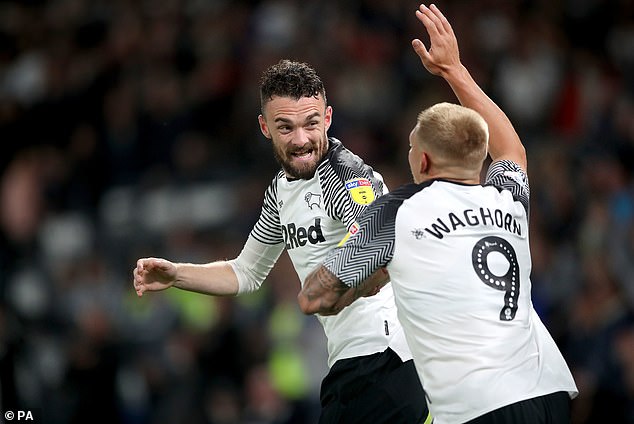 ‘It’s hard to predict but maybe in one or two seasons we will have it, and still there will be discussions about VAR. I’m not saying it’s the solution for everything.’

Although Cardiff boss Neil Warnock hailed referee England’s performance overall, he was left dismayed by his failure to issue a red card late on for a studs-high challenge from Tom Lawrence on Bluebirds skipper Sean Morrison that only earned a booking.

Warnock said: ‘The ref had a good game. The only thing that disappoints me is that Lawrence didn’t get a red card. That’s what referees should look out for. 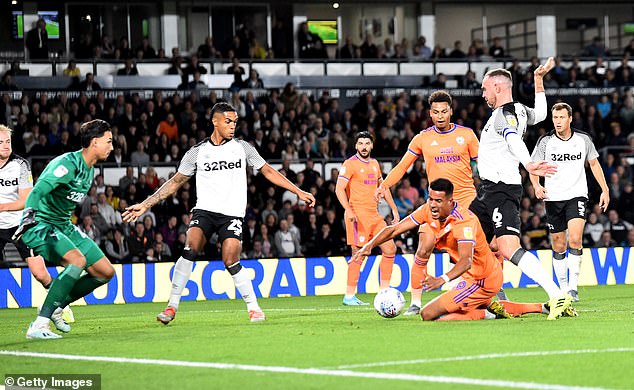 ‘I knew straight away he had left his foot in. If you see it in slow motion you will see what a horrible tackle it was.

‘They’re the ones for me, not the diving but the over-the-top ones that could break your leg, craftily done.’

Warnock was at least relieved to see Glatzel get off the mark, with the £5.5million summer signing from Bundesliga 2 side Heidenheim netting his first goal for the club in six matches.

‘He’s done ever so well for us,’ said Warnock. 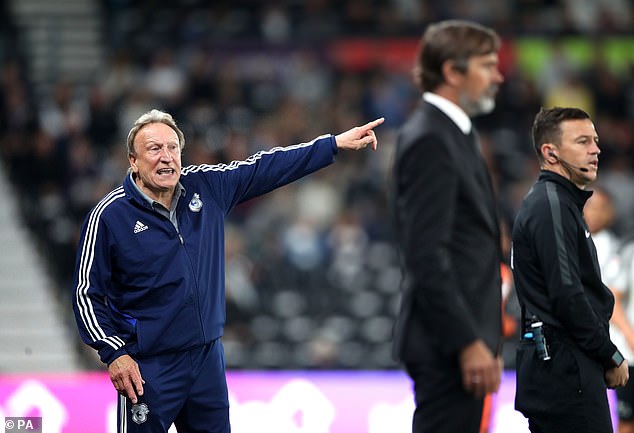 ‘He’s great in the dressing room. The lads love him as well. It’s lovely to get your first goal.’

Warnock, though, could not watch the penalty being taken. He said: ‘I hate penalties, so it was nice to hear our crowd cheer.

‘But I don’t like watching them because I couldn’t take one, I don’t have the…what you call ’em, between your legs. It takes a certain type of person.’

A year on from Stajcic’s sacking, what’s changed for the Matildas?

Arsenal vs Chelsea player ratings: Who stood out and who let themselves down in Premier League clash?