Barcelona striker Pierre-Emerick Aubameyang was the victim of a violent robbery at his home in Castelldefels in the early hours of Monday morning, according to reports in Spain. The 33-year-old and his wife were supposedly intimidated into opening a safe during a terrifying encounter, which saw them threatened with firearms and iron bars.

Spanish media outlet El Pais claim that four men entered the house through the garden before taking several valuable items from the safe. Aubameyang and his wife were reportedly threatened with guns and bars as physical forced was used against the Barcelona star.

Police were supposedly notified of the frightening affair in the early hours of Monday morning after the thieves had fled. Several witnesses are believed to have seen the robbers making their getaway with a Catalan police investigation already underway.

Aubameyang’s representatives have been contacted by Express Sport for comment. 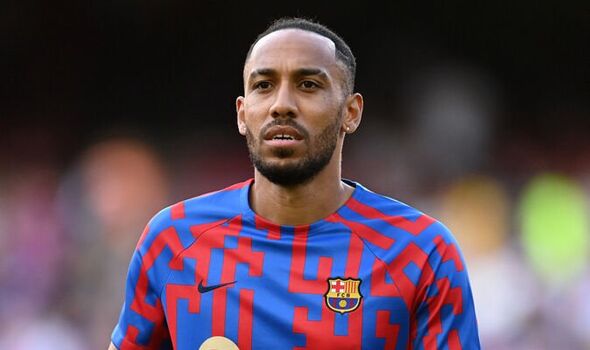 Aubameyang only moved to Barcelona earlier this year when his four-year spell at Arsenal came to an end following a spat with manager Mikel Arteta. Despite living in Spain for a matter of months, there has been plenty of speculation this summer that he could return to England.

Chelsea and Manchester United are among those rumoured to be keeping tabs on his situation with Barca keen to make room on their wage bill. Aubameyang has scored over 300 goals during a glittering career at club level and is the all-time record goalscorer for the Gabon national team.

Wolves vs Espanyol: Man from Barcelona charged over alleged racist abuse at Molineux