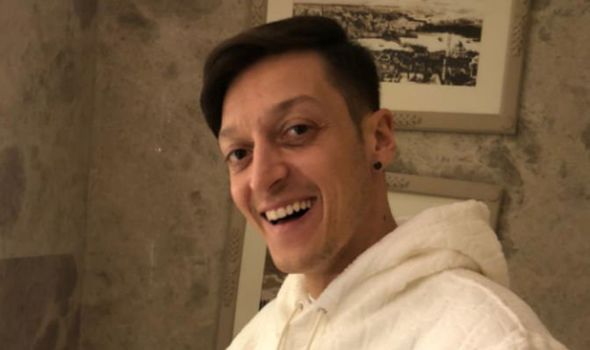 Former Arsenal star Mesut Ozil has ripped into avid Gunners fan Piers Morgan following his move to Turkish side Fenerbahce. The midfielder was frozen out of Mikel Arteta’s plans and agreed to terminate his contract last week.

Ozil came under fire for a series of lacklustre performances during his time in north London and Morgan fired shots upon the German’s departure.

“World class player with a sublime natural talent. Now I can’t wait to see the back of the lazy manipulative £350,000-a-week wastrel.

“You could have been a club legend, Mesut – but you just couldn’t be bothered. Bye.”

Ozil has today hit back at Morgan and tweeted a picture of himself holding toilet roll and a mug with the TV presenter’s face on.

He tweeted: “Piers, I took this with me from London to Istanbul to remind me of you! Although you probably knew that already before. #PoopOnPiers @piersmorgan.”