AC Milan boss Stefano Pioli claimed he thought Manchester United would the perfect opponent for his side when the two teams were drawn against each other in the Europa League round of 16.

Pioli’s Milan side clinched an injury-time equaliser at Old Trafford on Thursday to seal a 1-1 draw in the first leg of the Europa League tie, meaning United have it all to do if they want to qualify for the quarter finals.

Amad Diallo put United ahead with a fantastic header – his first goal for the club – but Simon Kjaer popped up with a last-gasp equaliser from a corner to give Milan the slight advantage heading into the second leg at San Siro next week. 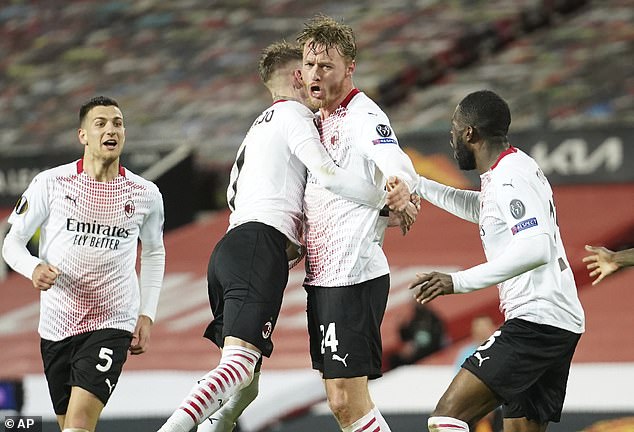 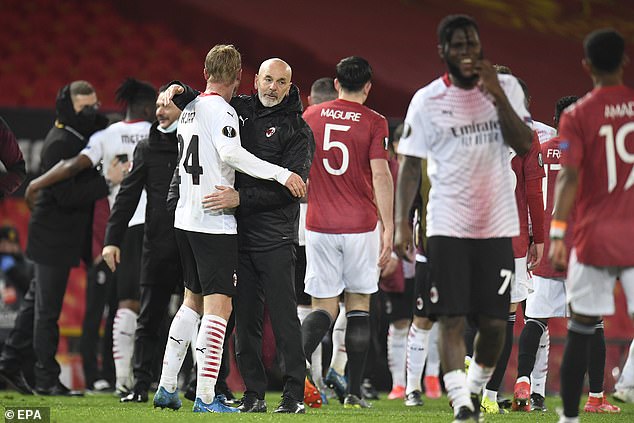 And Pioli has since hailed his side’s personality after they stuck at it to land what could be a decisive blow on the Red Devils.

Pioli told Sky Sport Italia: ‘The team played with personality. We suffered in the difficult moments. We knew they have quality, but this performance must boost our self-confidence.

‘When we were drawn with Manchester United I though they were the right opponent for us.

‘We are working to improve and try to win again. We want to take Milan where we belong and these are the games where you can improve.

‘We want to go all the way through and to do so we have to beat these teams. Today’s result is positive, but we have another tough game ahead. The job is not done. They are a great team. 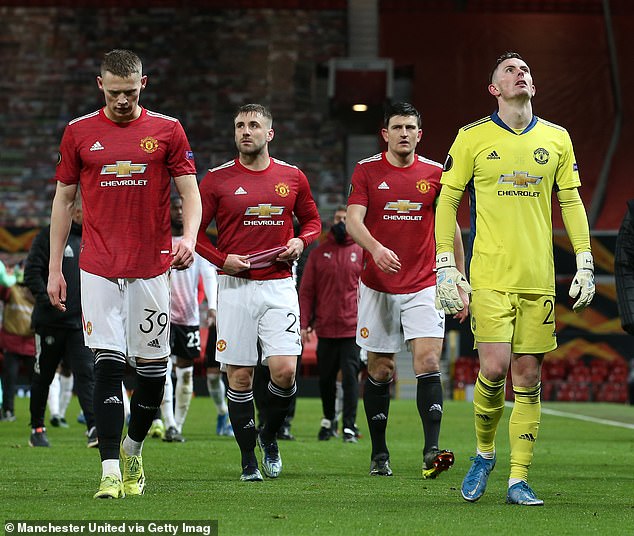 ‘I am satisfied. I keep repeating I am not training a regular group. This is an extraordinary group, under any aspect.

‘When I see the lads give their soul to get a good result, I can only be happy. It’s probably a result we would have accepted before the game. After it, I can say we may deserve something more, but it’s a good result.’

AC Milan had the chances to punish United further on Thursday and in fact they almost went ahead in the 11th minute when Franck Kessie harshly had his volley disallowed for a handball.

And Pioli has since revealed that Kessie is convinced that it wasn’t a handball at Old Trafford.

‘That goal would have given us more strength, especially on a mental level,’ Pioli added. ‘Franck is convinced he didn’t touch the ball with his hand, but the referee thought otherwise.’ 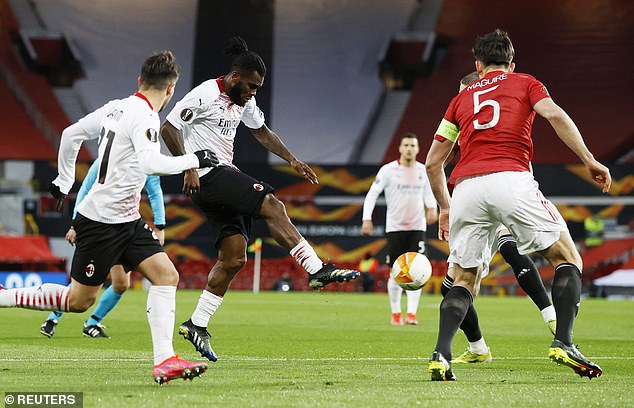 DANNY MURPHY: I'd pick Neymar over Lewandowski to win a final!