Paris Saint-Germain coach Mauricio Pochettino told his players to shake off their negative mindset in their 1-1 draw against Barcelona on Wednesday as they completed a 5-2 aggregate victory to reach the Champions League quarter-finals.

PSG endured a humiliating exit at the hands of Barcelona in 2017 as the Spanish side thrashed them 6-1 to overturn a 4-0 first-leg deficit in the last-16 and it briefly looked like another difficult night could be on the cards at the Parc des Princes.

After PSG’s Kylian Mbappe, who scored a hat-trick in the first leg at the Camp Nou, opened the scoring with a penalty against the run of play, Lionel Messi levelled with a jaw-dropping 25-metre missile before stepping up to take a penalty after Antoine Griezmann had been fouled by Layvin Kurzawa. 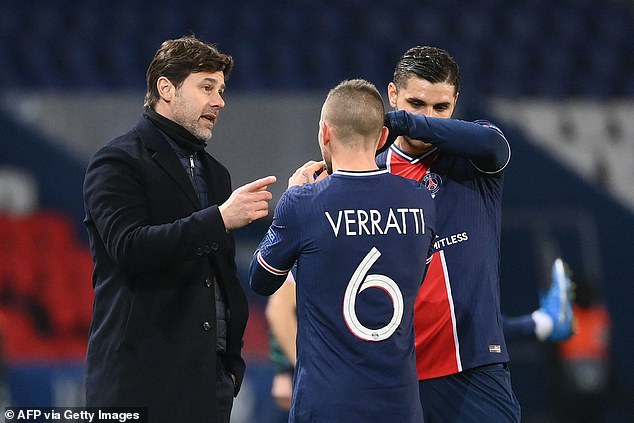 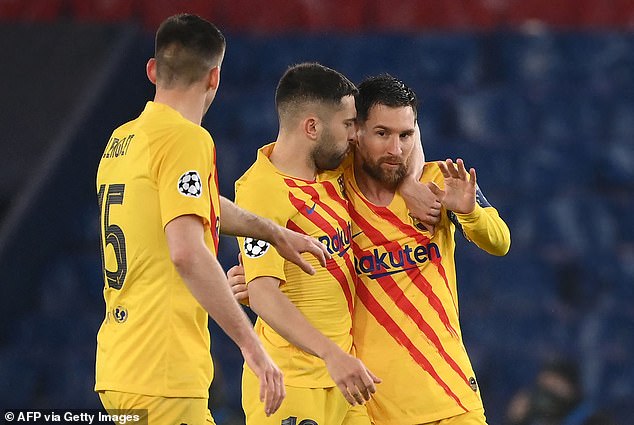 He could have put Barca within two goals of forcing extra time against a PSG side who looked uninspired and shaky, but Kaylor Navas made a decisive save as Messi missed his first penalty in the competition since 2015.

‘I told the players to shake off those negative thoughts and think about the game. We were not happy with that first half and we said it to the players.’ 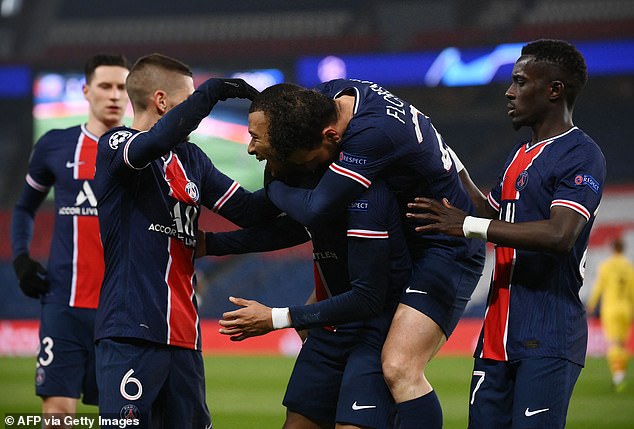 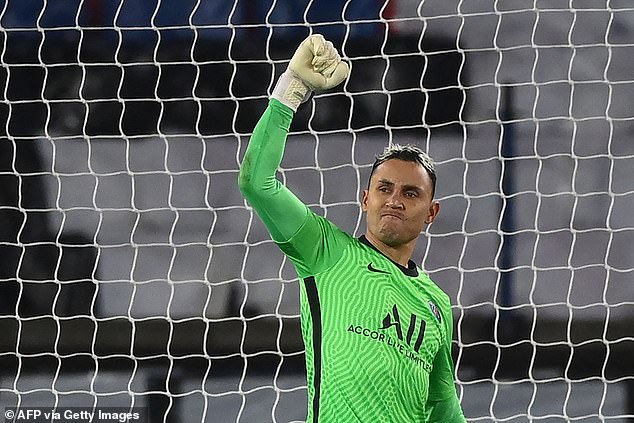 PSG had another traumatic experience in 2019 when they went out to Manchester United in the last 16 after giving up a 2-0 first-leg advantage.

They have since reached the final in 2020 and finally managed to bury the demons from 2017 on Wednesday.

They have Navas to thank for their victory as the keeper, who won the Champions League in three straight years from 2016 with Real Madrid, had a night to remember.

Before saving Messi’s penalty, he denied forward Ousmane Dembele on three occasions and pulled off another couple of great saves in the second half.

‘We suffered a lot in the first half,’ Pochettino told RMC Sport. ‘We struggled with the first pass. Psychologically it was a test because we talked a lot about the past. In the second half we showed a different face.

‘What is clear is that we thought too much in the first half. We were thinking too much about qualifying, that’s what I told the players.

‘I asked them to play. Of course I was not happy, I told the players that, but sometimes it happens and we were more combative in the second half. The important thing is that we are through. We must put negative thoughts away from us.’