The Premier League have released a statement clarifying the decision to give Luke Shaw a yellow card in the first half of Manchester United’s 1-0 win over Burnley on Tuesday. Ole Gunnar Solskjaer’s side knew heading into the game that any result would move them as outright leaders of the Premier League.

Paul Pogba eventually found the breakthrough deep into the second half to provide the game’s only goal, giving United all three points.

But the biggest talking point of the match came in the opening 45 minutes with VAR taking almost five minutes to review a decision – initiallly meant for a challenge from Robbie Brady on Edinson Cavani.

The Burnley winger was the last man and he brought down Cavani outside the box, prompting VAR to take a look at a possible red card after Kevin Friend only gave him a caution.

However, attention soon turned to Shaw’s challenge on Johann Berg Gudmundsson earlier in the build up. 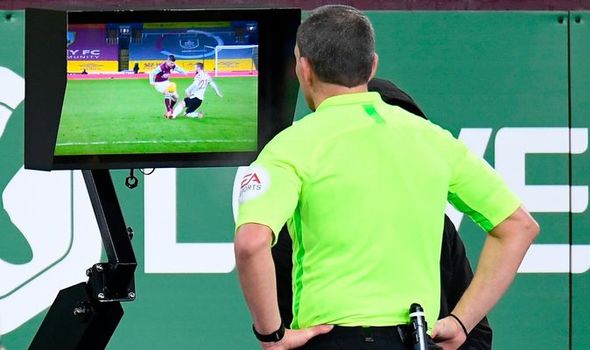 The United full-back was eventually shown a yellow card with Brady having his caution rescinded after a long pause in the game.

And the Premier League have since released a statement to Goal explaining the decision to overturn Brady’s yellow card.

“In the 27th minute of Burnley vs Manchester United, Robbie Brady was shown a yellow card for a foul on Edinson Cavani,” the statement read.

“On the recommendation of the VAR, referee Kevin Friend went to the Referee Review Area (RRA) to check for a possible red card for Brady for a denial of a goalscoring opportunity offence and a possible foul by Luke Shaw that was in the same attacking phase of play.

“When the referee was at the screen, he was first shown the challenge by Shaw on Johann Berg Gudmundsson,” the statement added.

“He determined that this was a foul and was part of the phase of play that led to the challenge by Brady.

“The restart was a Burnley free-kick, with Brady’s yellow card rescinded, and a yellow card issued to Shaw.”

Replays appeared to indicate that Shaw had initially got the ball in his challenge with Gudmundsson, but the defender also caught his opponent with his studs showing. 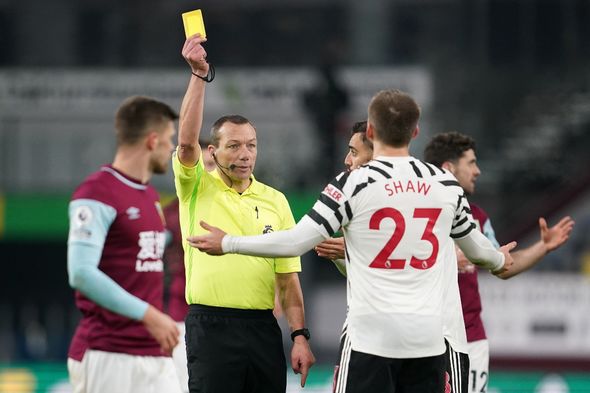 There was a debate in the Sky Sports studio after the game with Jamie Redknapp insisting Shaw was fortunate not to receive a straight red card for his “reckless and dangerous” challenge.

“I think Luke Shaw will be a relieved man in the dressing room. In the current climate where the game is so sanitised, I think he gets a little bit of the ball but certainly goes over the top and catches him,” he said on Sky Sports.

“For me that is reckless and dangerous. I think he is really lucky.

“I think the other one [Brady] could have been a red card if you didn’t have to take the play back because Shaw’s was certainly a foul.”