Premier League shareholders are set to vote on a number of issues on Thursday as the 20 clubs, including newly promoted Leeds, West Brom and Fulham, are formally invited to take part in the 2020/2021 season.

Last season, as the clubs prepared for Project Restart amid lockdown restrictions, they voted to allow five substitutions and increase the matchday squad from 18 to 20.

There will be a vote on whether to continue with the five substitution rule or revert back to three.

The shareholders will also run through how to implement VAR for the coming season which will now be overseen by FIFA after they took control of all VAR related matters from IFAB (International FA Board) on July 1. 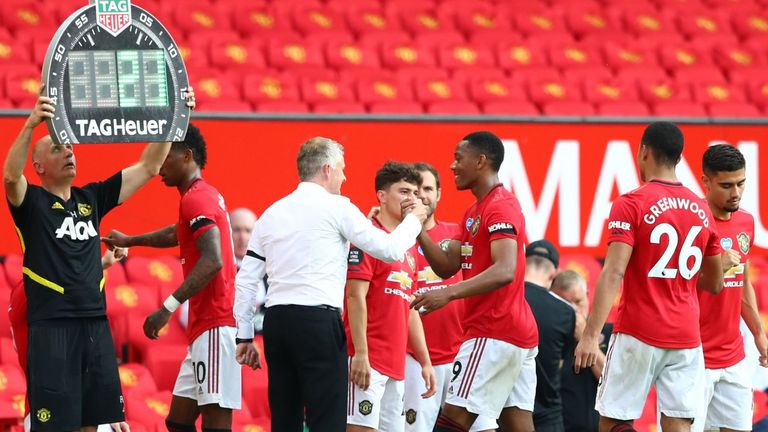 FIFA’s Chair of Referees’ Committee, Pierluigi Collini, has been at the heart of this decision as he wants video reviews to be applied in the same way across all competitions.

The 2020/2021 Premier League season will see a different interpretation of goalkeeper encroachment during a penalty and an increased use of pitch-side monitors.

Marginal offsides or ‘armpit’ offsides are to remain though, after the PGMOL’s attempts to look at flexibility over this interpretation of VAR have been denied by FIFA’s intervention. There will also be discussions on the concept of piloting limited amount of fans at pre-season matches and at some Premier League games when the season begins on September 12.

The Government’s aspiration of allowing supporters back at football matches from October 1 remains, despite the current suspension of sporting pilot schemes last Friday for at least a fortnight due to spikes in coronavirus cases in certain areas of the United Kingdom. There are no concrete plans as to which games or dates could be trialled yet, but shareholders will receive an update from the Cross-Sport Working Group, who are tasked with implementing the Government’s ‘Stage 5’ or Return of Crowds at sporting events.

Curtailment of a Premier League season will also be back on the agenda.

The issue is to be re-addressed as there is no Premier League rule on what should happen if a season cannot be completed.