Lille secured their first away league victory over PSG in 25 years with a 1-0 win at Parc De Princes that sent them top of Ligue 1 at their host’s expense, thanks to Jonathan David’s first-half goal.

PSG enjoyed more than 60 per cent possession in the first half but could not turn that advantage into a goal. The club saw a bad night turn even uglier when star player Neymar was sent off after getting a second yellow card in the closing minutes.

Despite piling on the pressure in the first 45 minutes, with decent chances for Kylian Mbappe and Neymar, Lille managed to keep their hosts at bay. 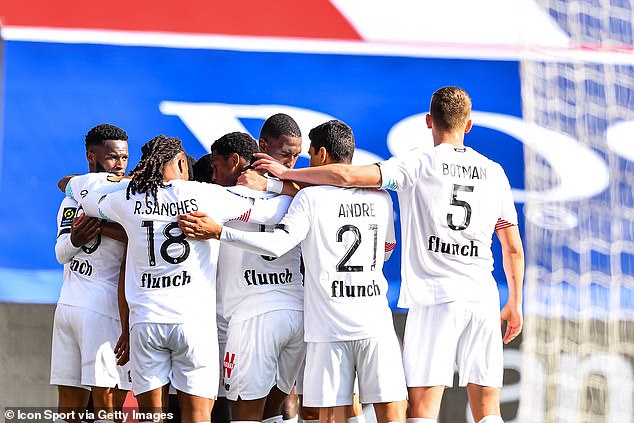 Lille went top of Ligue 1 with their first away league victory over PSG in 25 years, winning 1-0 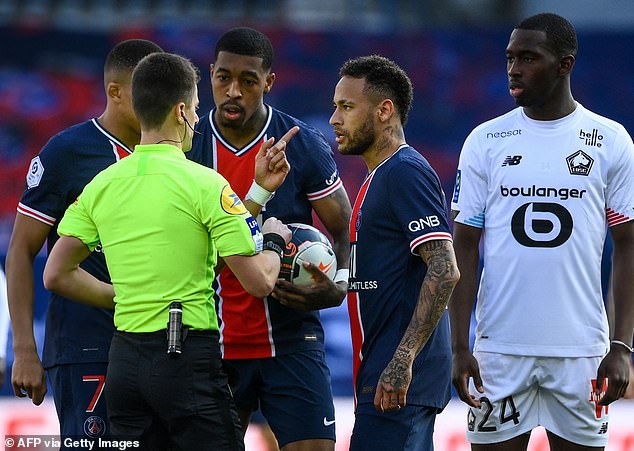 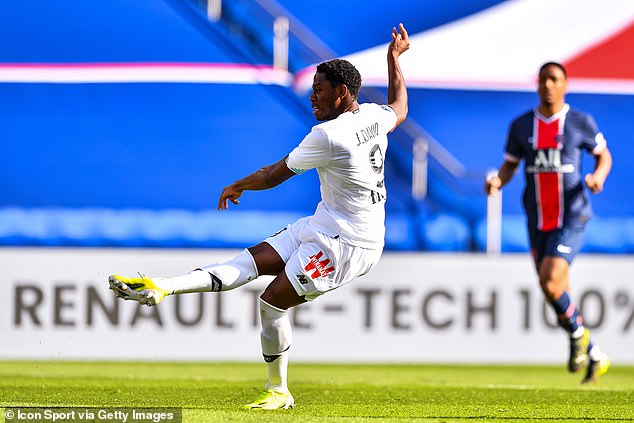 They then took the lead through Canadian striker Jonathan David, who latched onto a square ball from Jonathan Ikone and saw his shot deflect over PSG goal-keeper Keylor Navas.

David scored in the first half to put the northerners on 66 points with seven games remaining, three ahead of PSG who were lacklustre throughout the showdown.

The French champions continued to create chances but Lille’s stubborn defence was equal to them.

Neymar saw two solid second-half chances go begging, one a volley that Lille goal-keeper Mike Maignan saved, and the other a gilt-edged header that the Brazilian should have buried but instead put wide.

The importance of the match was not lost on either side and it was a bad-tempered contest throughout.

Both sides finished the match with 10 men after Neymar retaliated to a bad challenge from Tiago Djalo in stoppage time.

Neymar picked up a second yellow card for shoving Djalo, who reacted with a foul-mouthed rant and was also shown a red card.

Monaco moved up to third on 62 points with a 4-0 thrashing of promoted Metz. 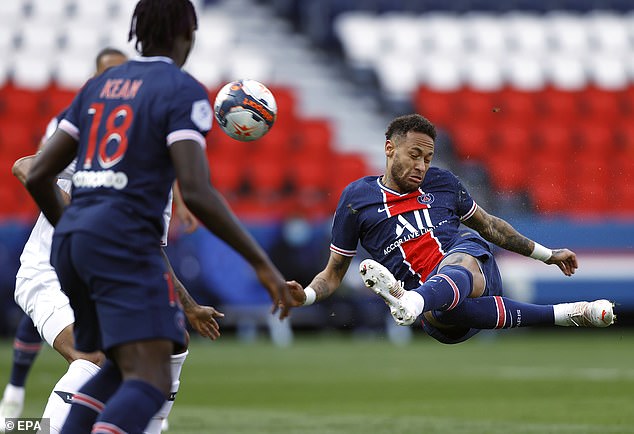 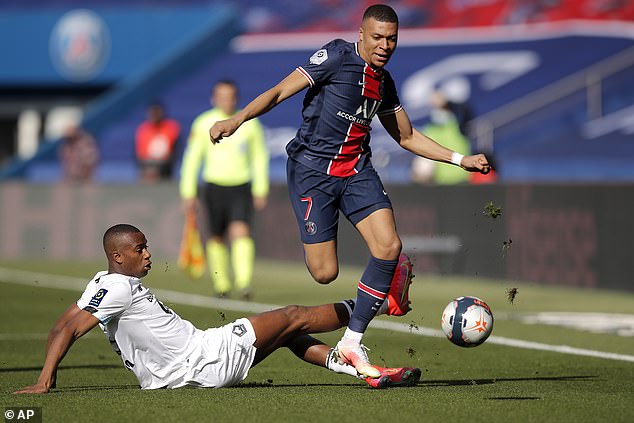 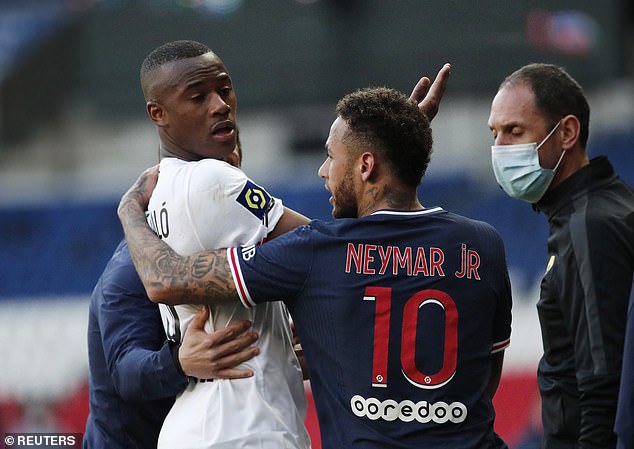 How the European papers reacted to the Champions League final