‘I don’t think anyone else saves that outside of David de Gea’: Pundits praise ‘unbelievable’ stop to deny Cristiano Ronaldo… but are left asking questions of defenders

The one shining light from Manchester United’s defeat to Juventus was the stand-out performance by goalkeeper David de Gea, who once again showed his ability to make a wonder save.

He was kept busy on Tuesday night at Old Trafford, and the Spanish stopper was lauded after the game by pundits for the spectacular save that denied Cristiano Ronaldo in the 52nd minute.

The Portuguese star, who was returning to the club where he spent six years, found himself in acres of space before unleashing a right-footed effort that was like a rocket heading towards the top corner. 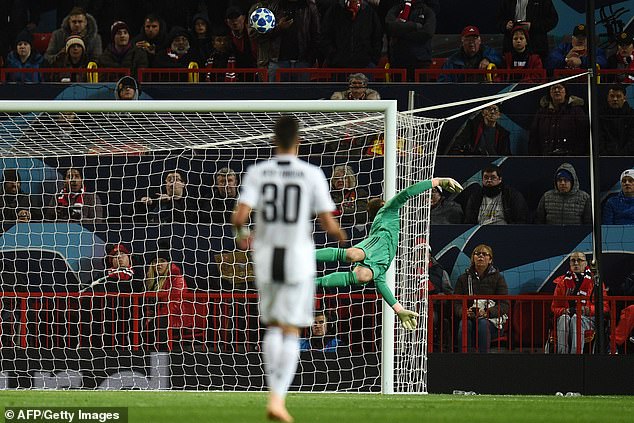 There are saves and then there are saves. Stunning hit from Ronaldo but David de Gea….wow. pic.twitter.com/rAec6tHCvp 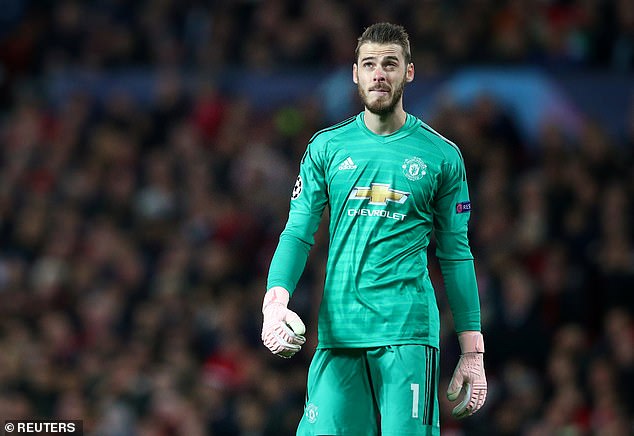 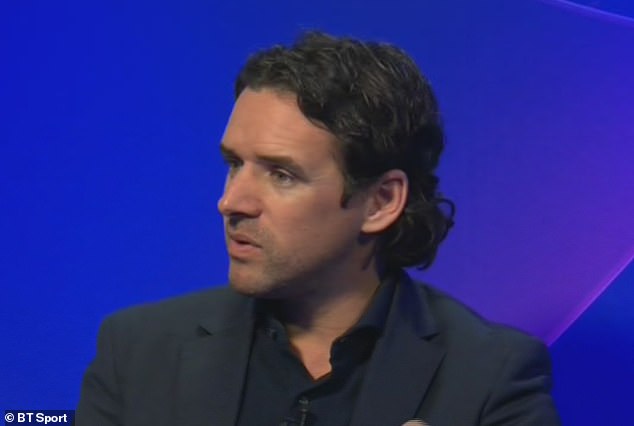 De Gea leaped majestically to get a strong hand to it and palm it clear in what was a decisive section of the game with United attempting to find an equaliser.

‘I don’t think anyone else saves that outside of De Gea,’ BT Sport pundit Owen Hargreaves said. ‘He made it look quite comfortable. It was a brilliant bit of football and an unbelievable save.’

Fellow pundit Rio Ferdinand, who played with both Ronaldo and De Gea during his time at United, described the stop as nothing short of ‘phenomenal’.

He said: ‘It was a great run of play from back to front and the save, we were behind that and we all thought it was in!

‘How David de Gea has got there and got a strong enough hand to tip it over the bar was phenomenal.’ 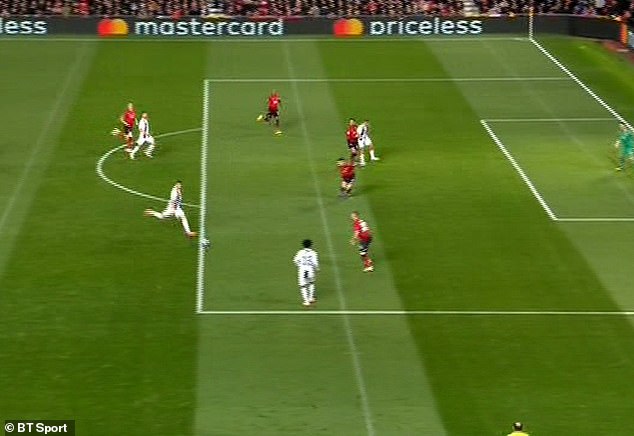 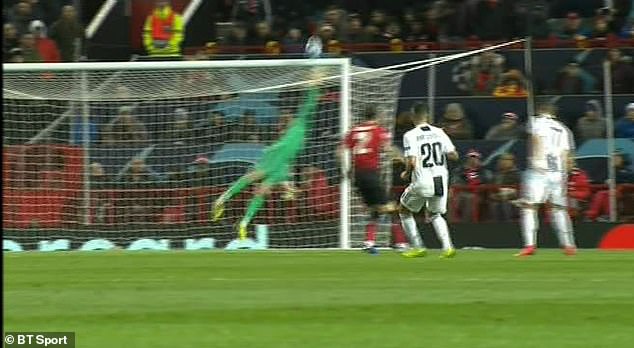 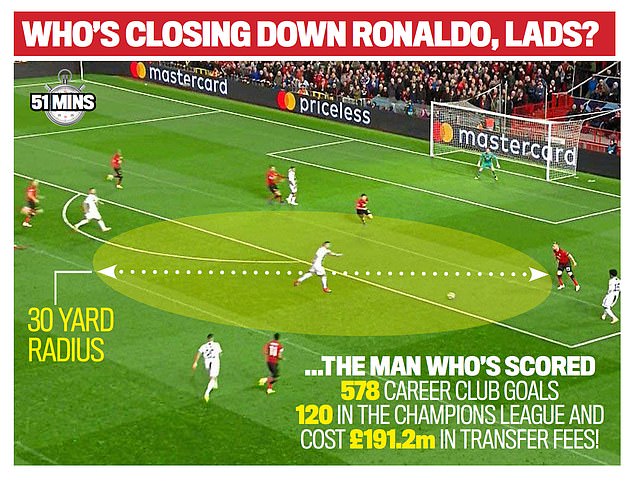 However while the goalkeeper was rightly hailed for bailing out his side when they needed him most, pundits were left scratching their heads as to why Ronaldo, one of the game’s greatest players, was afforded so much room.

The 33-year-old collected the ball from Juan Cuadrado on the edge of the area and had a 30-yard radius around him vacant of any United defender.

For a player that has 120 goals in the Champions League, it left fans and viewers of the tie baffled. 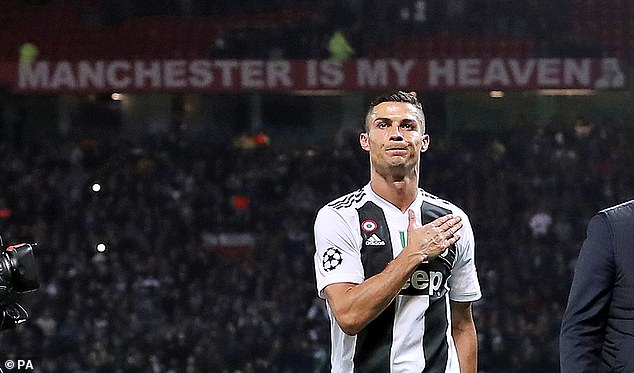 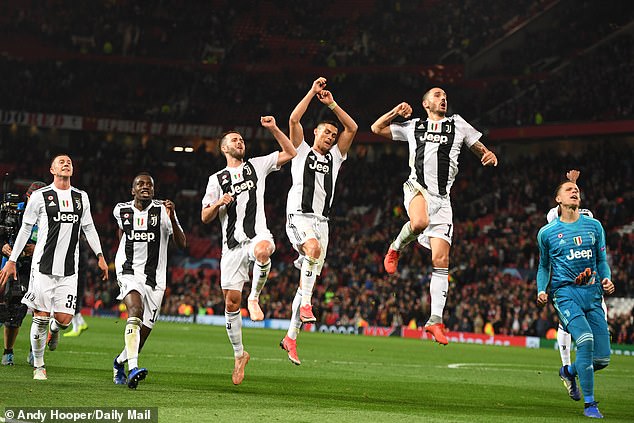 Ferdinand described it as ‘men against boys’ while both Hargreaves and Paul Scholes, a vociferous critic of United’s in recent seasons, agreed that they were ‘outlcassed’ in every department by Juventus.

The match-winning moment came early in the contest when a cross from Ronaldo was not dealt with by Chris Smalling and Paulo Dybala escaped his marker to have the enviable task of tapping home with ease.

Massimiliano Allegri’s side are in firm control of Group H now and know victory over United in Turin next time out in the Champions League and they will be able to book their spot in the competition’s knockout rounds.