Queen Elizabeth II let out a delighted cheer upon being told that Manchester United had won the Champions League with a nail-biting victory over Bayern Munich in one of the tournament’s most iconic finals back in 1999. The late monarch, who was honoured with an emotional send-off at Monday’s state funeral, was known to have been a huge fan of sport and often presented the trophy at FA Cup finals over the course of her 70-year reign.

The Queen was mainly believed to have been a follower of horse racing but developed a love for football and hosted a number of different England squads over the years. It was never known for certain whether or not she had a particular allegiance to a Premier League team, but her reaction to United’s incredible win over Bayern Munich in 1999 suggested that she was thrilled to have seen the Red Devils excel on the European stage.

That year’s Champions League final, of course, saw United snatch victory from the jaws of defeat with two goals in added time to win the coveted trophy and wrap up a stunning treble. The Queen was at the state opening of the Welsh Assembly in Cardiff while the match was being played but let out an audible ‘Whoopee’ upon learning of the result, according to The Times.

It is said that Tony Blair, the Prime Minister at the time, was keeping the Queen updated with the score as she carried out her royal duties. It looked bleak for United when Mario Basler’s first-half goal saw Bayern Munich take an early lead, but Teddy Sheringham and Ole Gunnar Solskjaer went on to hit back in the final minutes of the game to win the Champions League for themselves.

JUST IN: Steven Gerrard opens up on supportive message from Prince William 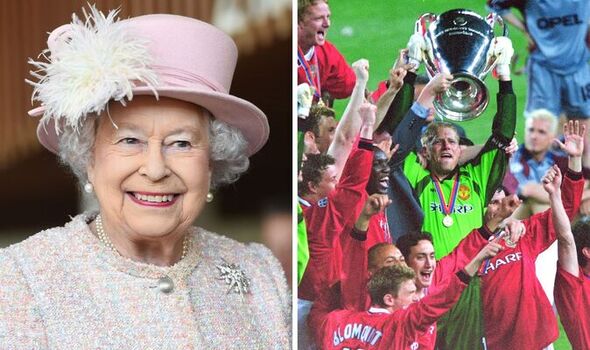 United crossed paths with the Queen at a handful of FA Cup finals during the early stages of her reign, while she also signed a number of Red Devils-branded footballs that were presented by young fans during a visit to Malaysia in 1998. She also personally oversaw the ceremonies at which David Beckham and Ryan Giggs were awarded their OBEs in 2003 and 2007 respectively.

The Queen’s footballing highlight came when she presented the winner’s medals to England’s victorious World Cup team in 1966 after their memorable win over West Germany in the final at Wembley. She also handed the iconic Jules Rimet trophy over to Bobby Moore to mark England’s one and only triumph at a major tournament to date. 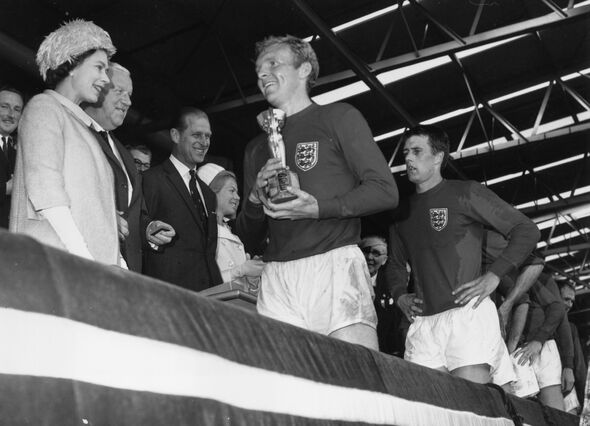 Although the Queen may have been fond of United, many people have speculated that she privately supported Arsenal despite never declaring that she was a follower of any particular team. Former Gunners midfielder Cesc Fabregas famously claimed that the Queen admitted her support for the north Londoners while hosting many of their players at a Buckingham Palace reception in 2007.

“It seems the Queen follows football and she told us she was an Arsenal fan,” Fabregas told Spanish radio at the time. “She appeared to definitely know who I was and we exchanged a few special words.”

Richards recalls Balotelli chasing him with fireworks in second incident