‘Harder to get hold of than gold!’: Raheem Sterling-led BAPE and Clarks collaboration shoes sell out in just EIGHT MINUTES as England and Manchester City star’s campaign proves a huge hit

The Manchester City and England forward has fronted the collaboration between BAPE and British shoe manufacturer Clarks, with the latest makes released to the public on August 8.

And the new shoes proved to be such a hit that they were snapped up in minutes and caused the BAPE webstore to crash. 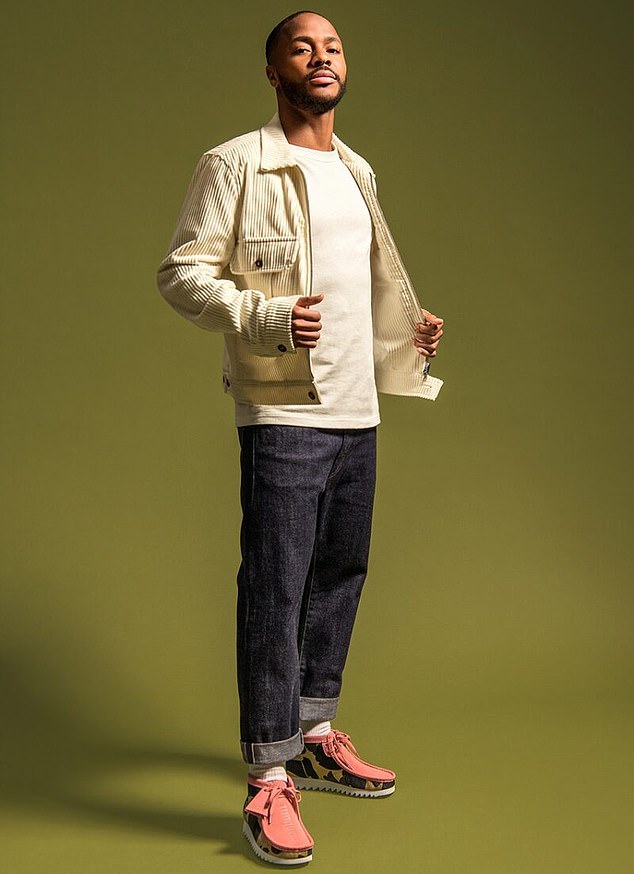 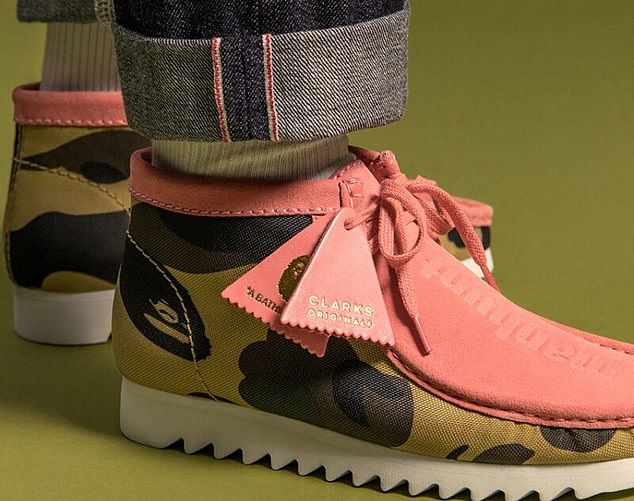 The Bathing Ape and Clarks collaboration includes the Wallabee Silhouette (above)

The Premier League forward was captured posing in the Wallabee Silhouette shoes, which he says is his favourite brand of shoe.

In May 2019, the England forward posted an image of him on Instagram in Clarks shoes, captioning the post ‘Clarks Mi Prefer’.

Clarks Originals has enjoyed great popularity in Kingston, Jamaica from the 1960s onwards, which is the place where 25-year-old footballer was born.

Several social media users took to Twitter to express their disappointment in missing out on the footwear collection. 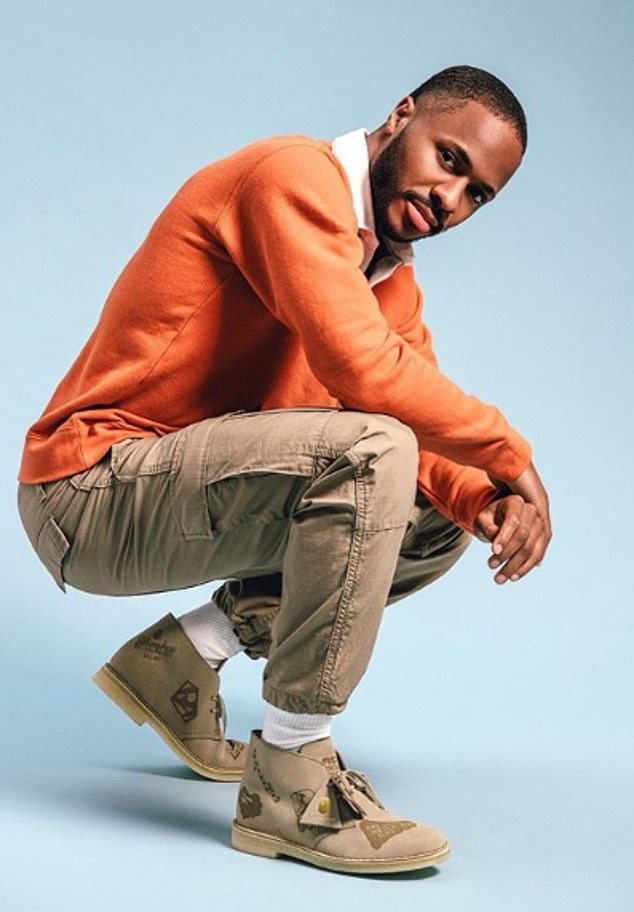 The Desert Boot model is also part of the collaboration, which sold out in just eight minutes 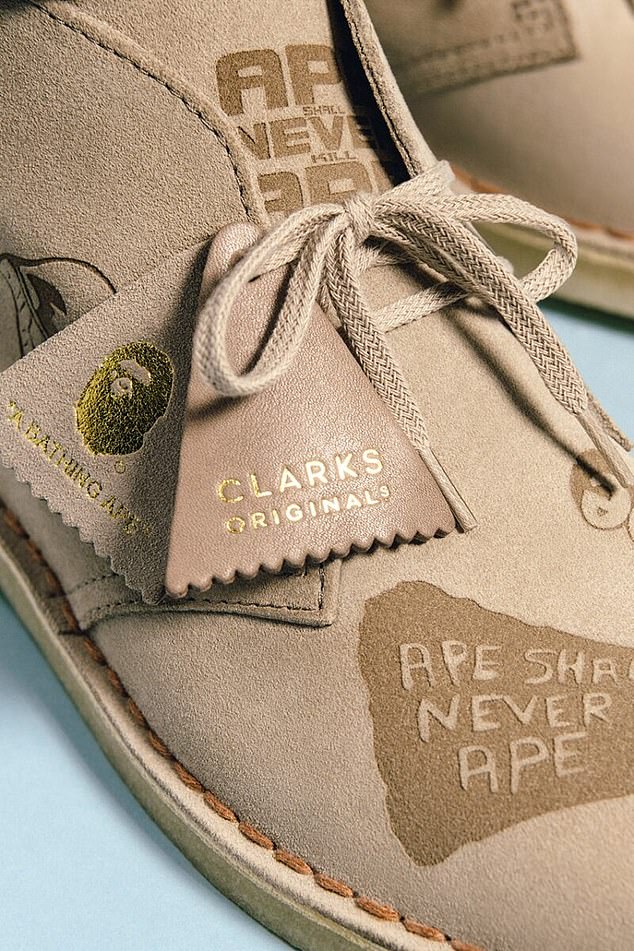 The boothas a different desigs on each foot. The BAPE webstore crashed after they came out

One person tweeted that the shoes were ‘harder to get hold of than gold’, while another said they flew off the shelves like ‘hot bread’.

The Wallabee shoe contains a co-branded leather lining, a unique shark tooth tread and a signature BAPE camo textile on a suede vamp.

The Desert Boot, which is also part of the collaboration, contains a different type of artwork on each shoe and also has a signature crepe outsole.

The shoes have been described as a ‘wavey new capsule’, giving off a ‘modern streetwear feel’. 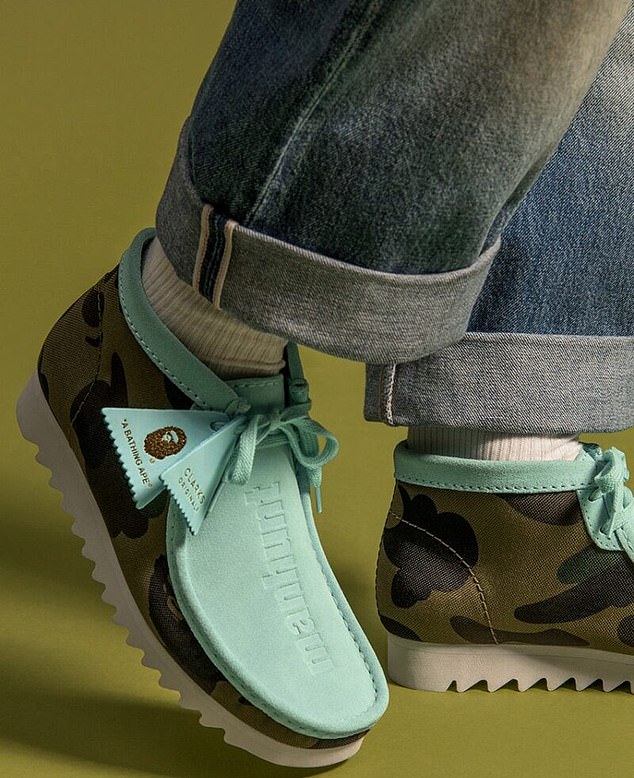