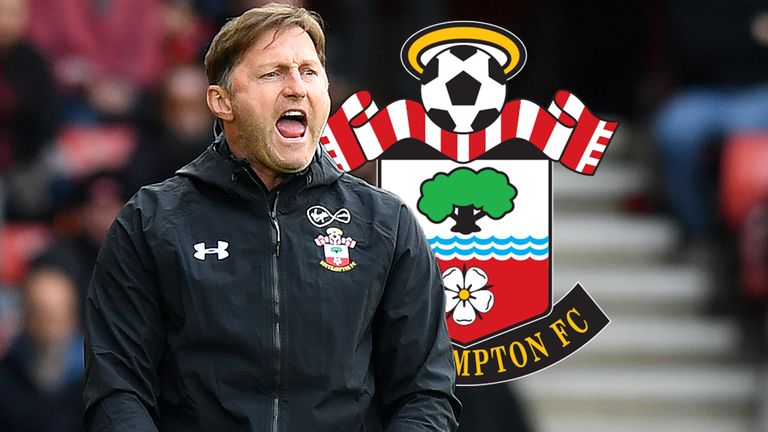 Southampton’s form has improved dramatically under Ralph Hasenhuttl, but how has he managed to do it? Adam Bate examines the statistics that reveal the scale of the transformation in style…

When Ralph Hasenhuttl watched on from the stands as Southampton plunged to defeat at Tottenham in December, his new team were level on points with bottom club Fulham and one adrift of Huddersfield. The subsequent defeat to Cardiff in his first game in charge extended Saints’ winless run in the Premier League to 12 games. Things looked bleak.

What has followed has been hugely impressive. Hasenhuttl beat Arsenal first time out at St Mary’s and his Southampton side now rank among the top six in the Premier League form table since that day in December. They are a team transformed, with the fact that they are still down in 16th only emphasising how doomed they would be were it not for Hasenhuttl.

Given that his arrival predated the January transfer window, perhaps the most extraordinary aspect to this improvement is that the turnaround is not a tale of savvy signings. Instead, it is a testament to the coaching credentials of the former Leipzig boss. This is a training ground success story. That is where the change has been orchestrated.

He has freshened things up by looking to utilise the latent talent that was already at the club. Yan Valery only made his Premier League debut one week prior to Hasenhuttl taking over but with long-serving full-back Cedric Soares allowed to leave on loan for Inter Milan, the teenager has been a regular under the new manager – and a fine one too.

Jan Bednarek had been well down the list under Mark Hughes but he has not missed a Premier League game under Hasenhuttl, benefiting from the decision to loan out Wesley Hoedt and switch to a new-look back three. The formation change has worked well, enabling Nathan Redmond to rediscover his form in a central role in attack.

Oriol Romeu and James Ward-Prowse have been reintegrated, the latter earning an England recall, while even Josh Sims and Sam Gallagher are getting minutes. Hasenhuttl seems happy to put faith in youth. “The young players are only thinking about what they can win and that can sometimes be an advantage for you,” he told Sky Sports in a recent interview. “Maybe it is not for every player in terms of what I want to see and how I want to play. That means that some players suddenly get a big chance when before, they were not even in the squad, because they fit more to my style of football.”

“When I first came in, he wasn’t in the squad and it wasn’t an easy situation for him but the reaction I have seen was a big one,” Hasenhuttle explained. “He showed up in the training sessions, he showed that I can count on him and I can trust him.” In Saturday’s 1-0 win away to Brighton, Ward-Prowse covered more ground than anyone else on the pitch for the 11th game in a row since the turn of the year. Not that he has been alone. All over the pitch, Hasenhuttl has been able to up the energy levels.

“There’s high energy and a lot of running, and we’re getting our rewards,” said midfielder Stuart Armstrong recently. Clearly, there is more to winning than running but when that increased mobility is coupled with a clear plan it can make for a formidable combination.

“I think the manager’s brought a bit of structure to the team, and how we set up in an attacking and defensive way,” Armstrong added. “We just feel more organised. We feel more together as a team. We’re all working in the same direction. We all know what each other’s doing, and where we’re running and why we’re running. It’s certainly working.”

Despite having no pre-season in which to institute significant change, Hasenhuttl managed to make a swift impact to the style. Even England boss Gareth Southgate was curious how he’d managed it. “He wanted to know what I did in the first three or four weeks and I told him that the most important part for me was working with videos of the players.”

There were double training sessions out on the grass but with time so limited, Hasenhuttl had to make up the shortfall in order to get his ideas across quickly and fast-forward the learning process. “It will get mind-blowing for the guys,” he explained when discussing the number of video sessions that he had in store for the players, but they have responded.

“The change has been incredible,” explained young left-back Matt Targett, another who went on to enjoy a good run in the team following Hasenhuttl’s appointment. “It’s all so clear and easy to pick up what the manager wants us to do. The tactics, the video sessions and the way he speaks with us, the attention to detail is amazing.”

Hasenhuttl’s moniker, the Klopp of the Alps, offered a shorthand explanation of what to expect from him stylistically and that has been evident in the team’s pressing statistics.

The advanced metrics show that Southampton are pressing more of their opponents’ passing sequences, allowing fewer passes per defensive action and making more high turnovers than before. As a result, they are starting attacks close to the opposition goal. To further illustrate how dramatic this change has been for the Southampton players, only Liverpool, Manchester City and Chelsea have won possession of the ball more times in the final third of the pitch since Hasenhuttl arrived. Saints had ranked among the bottom six for this metric previously. They are restricting the progress of opposition attacks.

In short, they have become a much more difficult team to play against.

In possession, Hasenhuttl has cut out the risks that were undermining Hughes. It has been a quicker build-up with fewer long sequences of passes. As a result, they have not had so much possession but this has decreased the number of errors too – only two teams have made fewer mistakes leading to shots since he took over.

What does all this actually mean? The immediate target, of course, will be to stay in the Premier League and the change of approach certainly looks to be helping Southampton to achieve that. But this is about much more. Hughes edged the club to safety last season only to struggle this time around. Hasenhuttl is offering more meaningful change.

Of course, that is what he promised in his very first press conference.

“You can expect a very passionate kind of football with 11 characters on the field who know exactly what to do. When you see us playing in the summer it will be different than when you see the team now. I can’t guarantee you how many results we will earn for that – if you want guarantees, buy a washing machine. In football, there are no guarantees.

“I hope it is enough to stay in this division.”