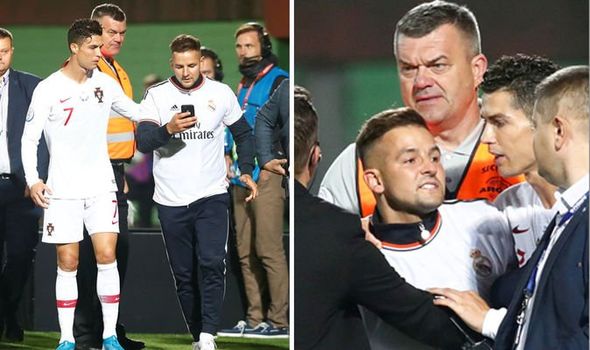 Cristiano Ronaldo netted a hat-trick in Portugal’s 5-1 win over Lithuania on Tuesday night.

The Juventus star had an eventful evening, as he originally had a goal chalked out as an own goal, and was approached by a pitch invader at one point.

Ronaldo was being substituted late in the game after scoring his fourth, as a Real Madrid fan sprinted onto the pitch to take a selfie with him.

Instead of ushering the fan away, Ronaldo put his arm around the pitch invader and walked off the field with him.

That incident was the last in an eventful game for Ronaldo, as he found the net four times.

His second goal was originally chalked out as an own goal, however.

Ronaldo fired a shot at goal from the edge of the area with his right foot, but his effort appeared to be saved by Ernest’s Setkus.

However, Setkus deflected the ball up and over him, and the ball collided with the back of his head before trickling into the goal. 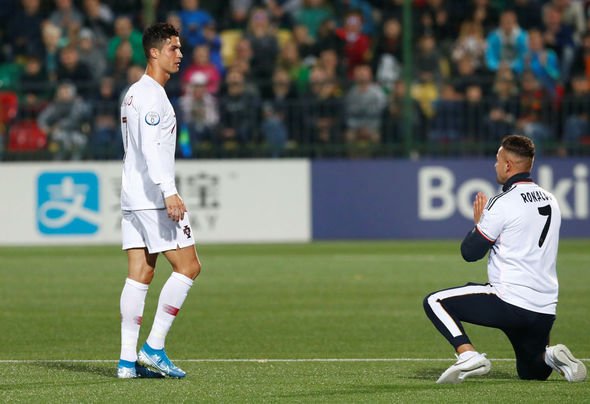 There was little doubt about his other three, however. Th first game after just six minutes as he fired a penalty into the bottom corner.

The third was just as easy, as he flicked a Bernardo Silva cross past Setkus, before finishing off the rout with a calm finish from inside the box.

After the game, Ronaldo expressed that he was pleased with the four goals, but was happier to have got the win.

“As I always say, I don’t live thinking about individual prizes,” Ronaldo said. 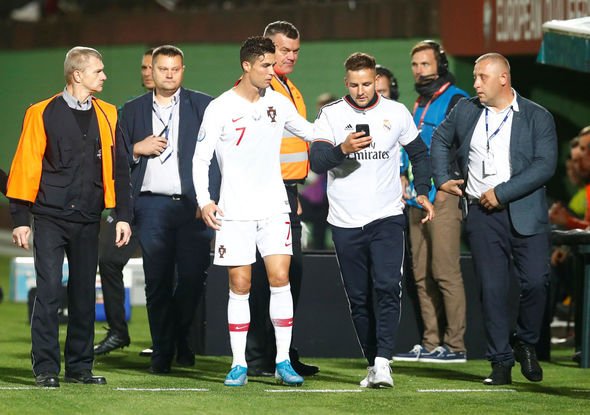 “This is a consequence of what we collectively won. But it’s good, I won’t lie. The important thing was to help the team.

“I scored a goal against Serbia and four here and I’m very happy We have to dismiss this moment and what I want most is to continue like this.”

“I’m having a good time, but the team was doing very well too.

“I am happy and enjoying this moment, not because I scored the goals, but because of the level we have been able to demonstrate in recent years.

“It is up to me to continue helping the national team.”