Taking the p***! Real Madrid install video screens in Bernabeu urinals so fans don’t miss a minute of the action

Ever get frustrated when you come back from the urinals at a game only to find out that large cheer you heard was your side scoring less than a minute into the second half?

Not only have you missed the moment, but then you find out from the person in the next seat it will go down as one of the goals of the season – and you missed it because of your weak bladder.

Well those days could be coming to an end, at least at Real Madrid, as they have now installed TV screens on their urinals with the plan to show the action as it happens.

A small video clip has been released showing the screens in working order on the urinals at the Bernabeu.

They are not pioneers in this regard as fellow La Liga side Legunes have installed as similar system at the Estadio Municipal de Butarque.

Yet while ending the days of risking missing the action is boost for everyone, the notion does raise a few odd and awkward scenarios.

For instance what if their is a queue for the urinals and a goal is scored? Will that lead to fans rushing around a urinal to see a replay while someone is still going about their business?

Unless of course you are a Tottenham Hotspur fan.

In which case any potential plan for the screens to be installed would almost likely leave another excuse to delay the opening of the new White Hart Lane for another few months. 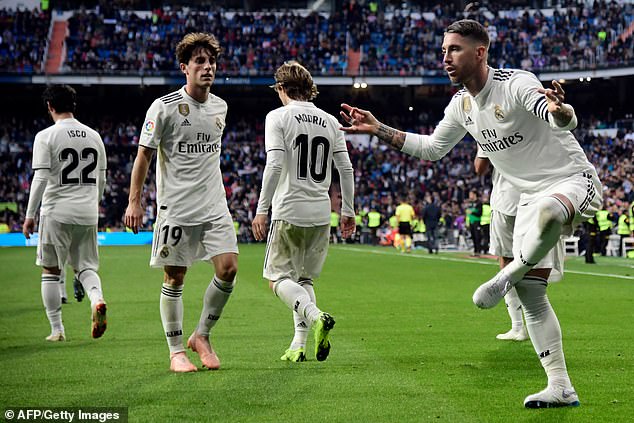