Real Madrid will have to pay Julen Lopetegui almost £16million if they are to sack their under-fire manager.

Lopetegui was only appointed in the summer, but there is already much uncertainty regarding his future following a woeful run of form.

As reported by Sport, Lopetegui is on a contract worth £5.3million (€6million) that runs until the summer of 2021. The club have guaranteed that the Spaniard will receive £15.8million (€18million) of that amount in any circumstances. 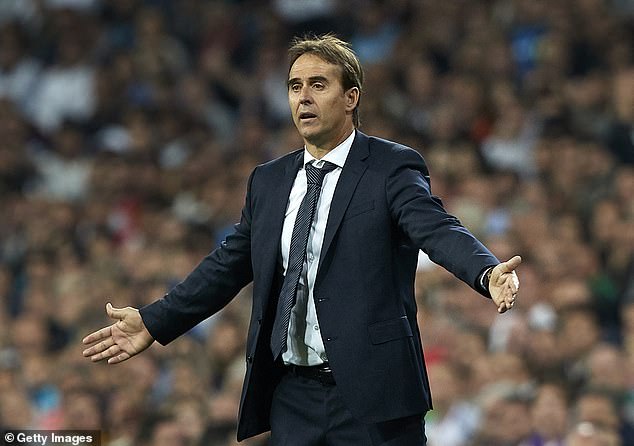 Real Madrid will have to pay Julen Lopetegui £15.8million (€18million) if they are to sack him

Real endured a miserable run of five games without a win that encompassed defeats to Sevilla, CSKA Moscow, Alaves and Levante.

That run came to an end on Tuesday night with a victory over Viktoria Plzen, but Real were unconvincing in their 2-1 win. 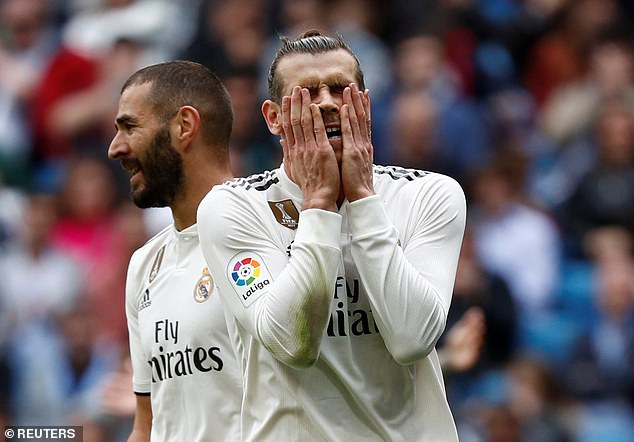 Should Real dismiss Lopetegui, the contenders to replace him include Michael Laudrup, Laurent Blanc, Santiago Solari, Antonio Conte and Guti.

After the game against Viktoria Plzen, Real director Emilio Butragueno indicated that Lopetegui won’t be sacked before the meeting with Barcelona in El Clasico this weekend.

Butragueno said: ‘Yes, yes, everything is totally normal. We have to stay calm and united.’

If Real were to be beaten by Barcelona then it wouldn’t come as much of a surprise if Lopetegui was to be sacked in the aftermath of that fixture.