Real Madrid’s three musketeers Modric, Kroos and Casemiro are keeping Zinedine Zidane above water amid their injury crisis… with no Ramos or Benzema, he’ll be relying on the dependable trio once AGAIN to navigate them through Atalanta test

As midfield trios go there may be nothing that tops Toni Kroos, Luka Modric and Casemiro. They have 12 Champions League winner’s medals between and frequently this season, they are all that has been keeping the club and its coach above water.

A glance at Madrid’s recent form suggests they have turned a corner and found another level to haul themselves back into the title race.

But the statistic: four wins from four, only tells half the story. Two of those games have come against the bottom two Huesca and Valladolid, and one was at home to crisis club Valencia who have only won twice away all season. The other was against Getafe who are on a run of four straight defeats. 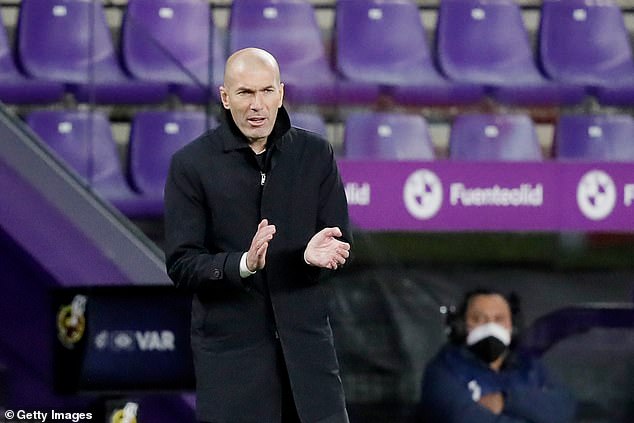 They were impressive enough performances but Atalanta should be an altogether different proposition and, in the midst of an injury crisis that has deprived Zidane of nine first team players, the usual suspects will be the key.

No out field player has played more games than Modric who shows no signs of slowing down aged 35. And 31-year-old Kroos and 29-year-old Casemiro are only two games behind him.

And they have not just played they have been superb. Casemiro scored at the weekend from Kroos’ free-kick. 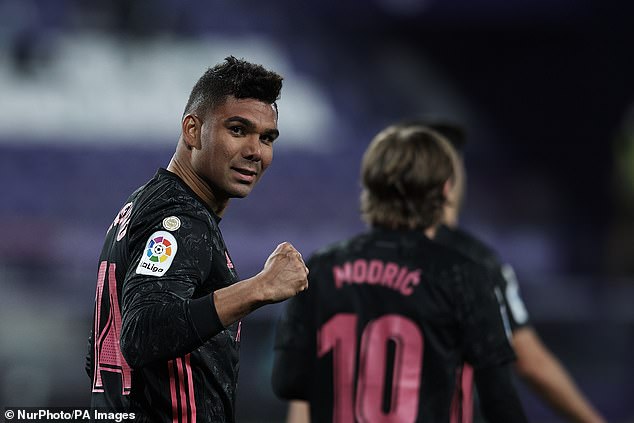 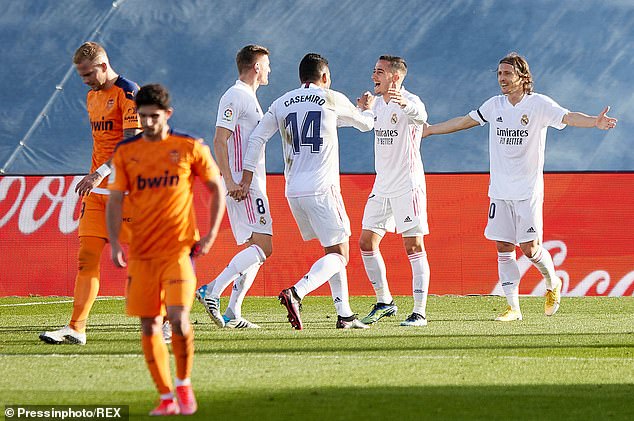 In a previous game against Valencia, Toni Kroos (8) was on target as he celebrates scoring alongside Casemiro, Lucas Vazquez (second right) and Luka Modric

With so many players missing Zidane will turn once more to the his trusted lieutenants to ensure the team cope with Gian Piero Gasperini’s high-energy Atalanta currently sat fifth in Serie A after a 4-2 win over Napoli. They have only lost one of their last 14 and have recently acquired Champions League pedigree having nearly knocked PSG out last season.

Their 3-5-2 formation will hope to crowd out Madrid’s midfield so the ability of Kroos, Modric and Casemiro to find space and not get overrun will be vital. And they might need to weigh in with goals too. They managed 11 between them in LaLiga last season. Casemiro got four of those so he has already topped that tally with six this campaign. He was the top scorer on the plane to Italy in the absence of Sergio Ramos and Karim Benzema.

Having sent Luka Jovic back to Eintracht Frankfurt on loan Zidane must rely on Mariano Diaz, who has one goal in eight Champions League appearances. Benzema has scored 17 goals this season in all competitions and that makes up over a third of the team’s total. 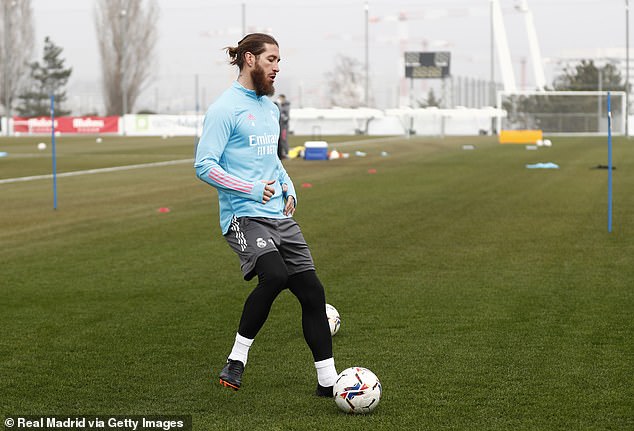 Ahead of their Champions League clash at Atalanta, Madrid will be without Sergio Ramos 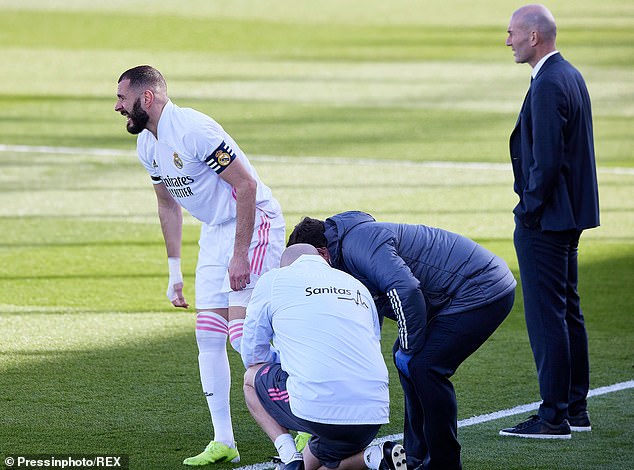 Add to that the lack of form and fitness of Isco the fact that Norwegian midfielder Martin Odegaard is out on loan at Arsenal and Zidane’s back-up engine room is fresh out of last season’s UEFA Youth League success.

The 20-year-old midfielder Antonio Blanco has already won honours with Spain Under 17 and Under 19 teams and attracted interest from other clubs wondering how he will progress at Madrid.

And 19-year-old attacking midfielder Sergio Arribas has been getting on in games ahead of Isco, offering the same sort of flair and invention and with much more energy. 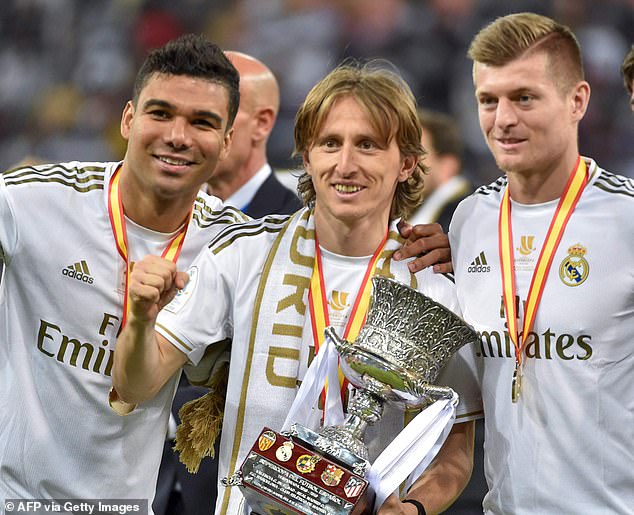 The Madrid stars, posing with the Spanish Super Cup in January 2020, have become one of the greatest midfield trios in the history of Spanish football

But Zidane will not want to entrust the team’s future in the competition to such young players. Every time this season his job has appeared to be on the line the men in the middle have stood up to be counted.

Kroos, Modric and Casemiro don’t actually have to achieve anything else to go down in the recent history of Spanish football as the greatest – along with Sergio Busquets, Andres Iniesta and Xavi – midfield trio in history.

But the legend will grow a little more on Wednesday night if, with no Ramos behind them, and no Benzema in front, they get the better of Atalanta and edge Madrid towards the quarter-finals.

There will be another €10m (£8.6m) hole in finances if they don’t make it to Europe’s final eight. The pressure’s on, but then that’s unlikely to phase these three.