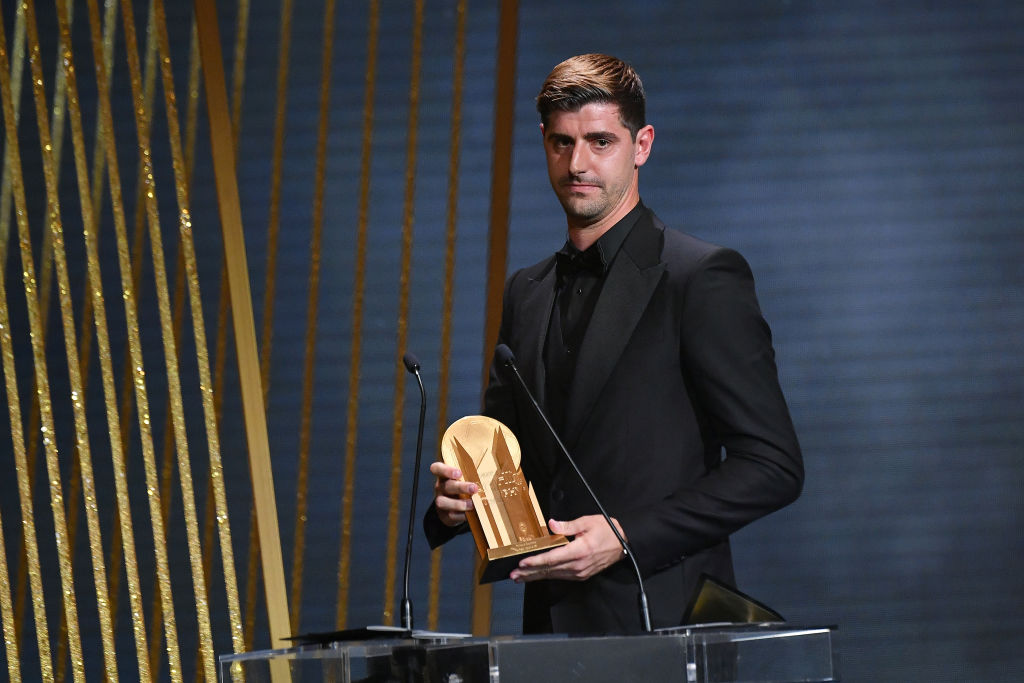 Thibaut Courtois has not hidden his frustration after the Real Madrid goalkeeper finished seventh in the 2022 Ballon d’Or.

After the prize-giving, Courtois shared his delight for Benzema, who had long been the clear favourite for the award after leading Los Blancos to the La Liga and Champions League titles, finishing as top scorer in both competitions.

However, the Belgian international was less-than impressed with his final ranking that saw his finish behind the aforementioned top three as well as Robert Lewandowski, Mohamed Salah and Kylian Mbappe.

He also took issue with Real finishing third in the Club of the Year prize behind City and Liverpool.

‘We all have a strange face with the City thing,’ Courtois said.

‘First of all, I am very happy for Karim Benzema. It seems that scoring a goal is better than stopping it. A battle that remains to be won.

‘Seeing the logic and knowing how they vote, I knew that I would have no chance of winning it.

‘I’m not saying I [should have] won it, but I’m not even on the podium being the goalkeeper who has won La Liga and the Champions League.’

Courtois can feel somewhat hard done by, given the 30-year-old’s outstanding performances during the 2021/22 season that culminated in winning the Man of the Match award in the Champions League final.

Goalkeepers, and defensive players in general, are often unfavored in Ballon d’Or voting, with the legendary Lev Yashin the only keeper to win the award having done so back in 1963.

The last shot-stopper to finish in the top three was Bayern Munich’s Manuel Neuer in 2014, while AC Milan’s Mike Maignan was the only other keeper besides Courtois to make the 30-man shortlist in 2022.

Courtois added: ‘I see it as impossible, for a goalkeeper it is impossible to win this award. I don’t know if as a goalkeeper you can do more than what I did last year.’

The Belgian did at least claim the Yashin Trophy, awarded to the best goalkeeper of the past season, ahead of Liverpool’s Alisson and City’s Ederson.