Zidane’s side claimed yet more silverware on the weekend after Sergio Ramos scored the winner in a penalty shootout in Saudi Arabia against Diego Simeone’s men.

And following the intense Madrid derby, Zidane – who has now won nine trophies in as many finals as Real manager – enjoyed a special embrace with Casemiro. 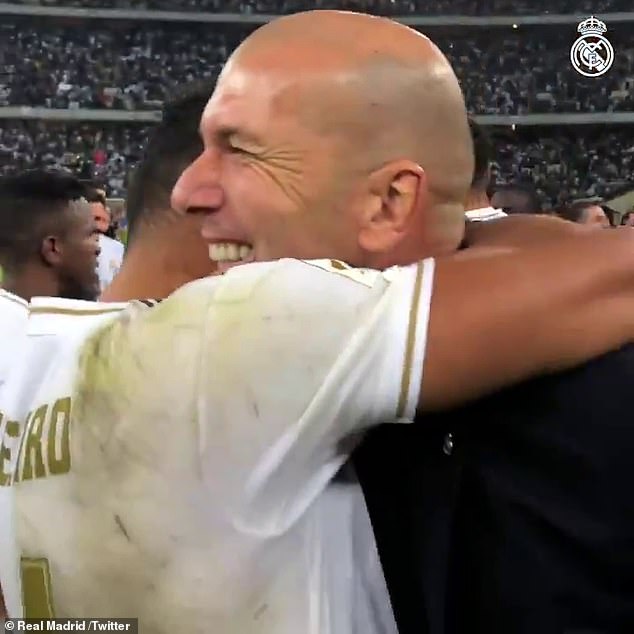 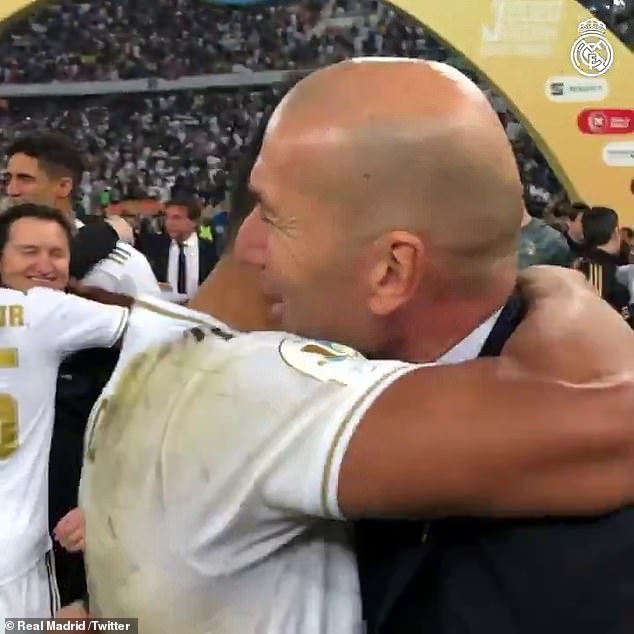 In a rare moment caught on camera, the Frenchman could be heard shouting X-rated praise to his Brazilian midfielder.

As the pair hugged each other during the jubilant celebrations, Zidane said: Come here, you b******. Once again, well done you monster. Well done, you’re a monster.’

After the Madrid giants couldn’t be separated in 90 minutes or after extra-time, Real came out Spanish Super Cup champions thanks to a 4-1 victory on penalties, with captain Ramos stepping up to the plate to score the winner.

And after preserving his perfect records in finals as Real boss, Zidane – who saw Fede Valverde pick up red late on for cynically swiping Alvaro Morata down through on goal – hailed the fighting spirit shown by his side. 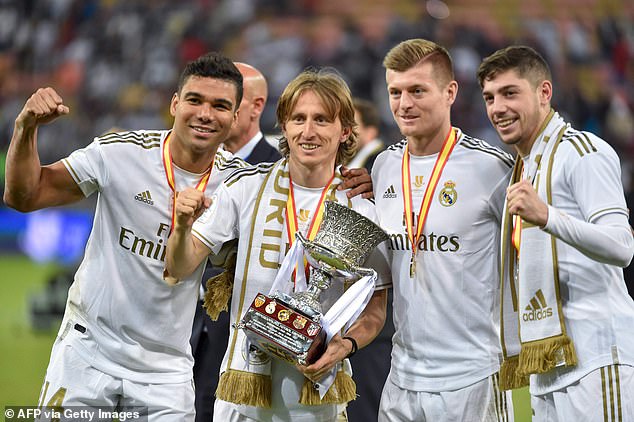 ‘We found it tough at times but we believed we could win it right to the end,’ Zidane said.

‘We worked hard and fought to the final whistle. It’s a real team victory. Both games were difficult, but this one even more so.

‘We struggled against brilliant opposition. We saw two fantastic teams out on the pitch playing a great game. Both teams had chances but that’s football and we clinched the trophy on penalties’. 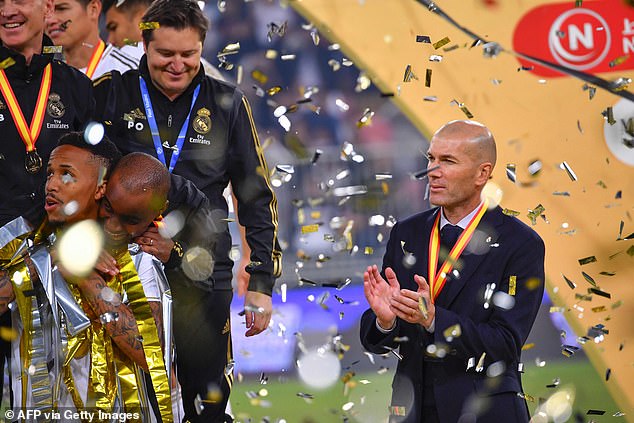