‘I had to overcome a massive disappointment’: Declan Rice reveals ‘shock’ at being released by Chelsea at the age of 14… days after he hinted at switch to Stamford Bridge side

Declan Rice has revealed he was disappointed to be released by Chelsea as a kid – just days after hinting at a return to the Stamford Bridge side.

Rice has gone on to star for West Ham after coming through their academy, but it followed his release from Chelsea in 2014 after spending eight years – from 2006 – with the west London club.

The midfielder has now insisted that being let go was a ‘major shock’ but it did not stop him dreaming of being a professional footballer. 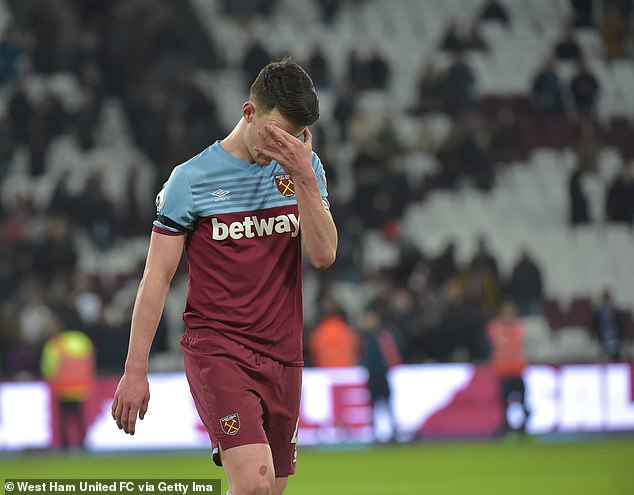 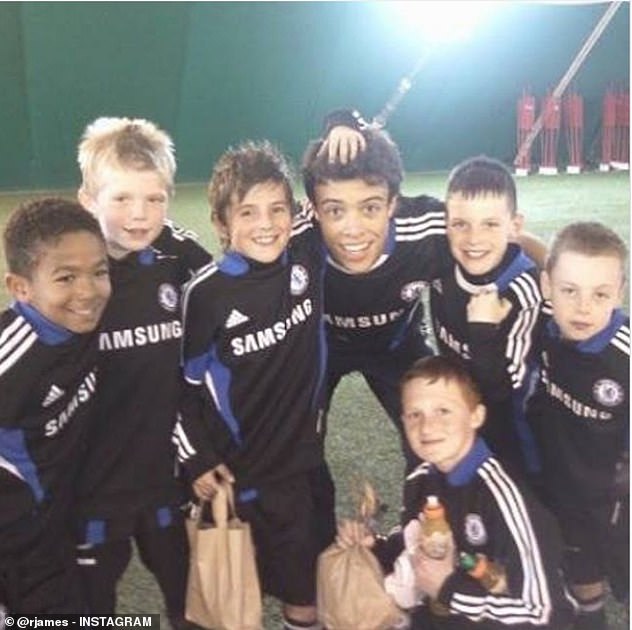 ‘I had to overcome a massive disappointment of being released by Chelsea at the age of 14,’ Rice told Sky Sports’ Soccer AM.

‘That was everything I ever knew to be honest. From nine to 14, training there Monday to Friday, playing games and to get told you won’t be a part of that anymore was a major shock. I never thought it would have to happen but it did.

‘And then I had the fortunate chance to sign for either Fulham or West Ham and chose West Ham and started a whole new chapter.

‘I knew it was going to be tough, but always as a kid I wanted to be a professional footballer. Nothing was ever going to get in the way of me working as hard as possible to become that.

‘I was just so driven and wanted to be the best I could be. I had to make sacrifices, move away from home, move into new digs, and now all the decisions that I made have played out really well.’ 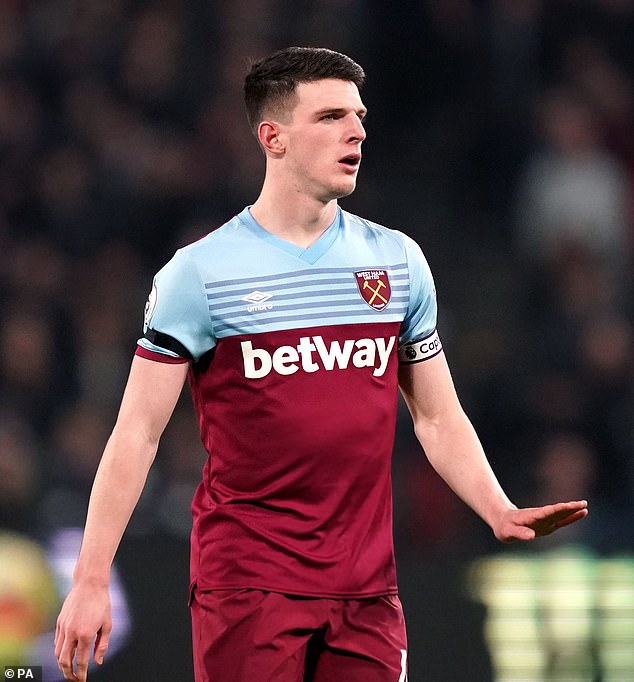 Rice has gone on to star for West Ham, playing 90 Premier League games since his debut

Just days ago, Rice suggested he would be keen to play with former team-mate and current Chelsea star Mason Mount again.

‘I’d love to play with him at club level again,’ Rice told Copa90 when asked about Mount.

‘One thing we’ve always said as kids we’d love to play with each other at club and international level but obviously you never know because of different paths and things like that.’

Rice has made 90 Premier League appearances for the Hammers since making his debut in the 2016-17 season.

Everton vs Tottenham result: Five things we learned as Antonio Conte realises size of the challenge ahead