The Reds bounced back from their damaging defeat by Napoli on matchday one in the Champions League by beating the Dutch champions 2-1 following goals from Mohamed Salah and Joel Matip.

At the heart of their performance was Spain international Thiago, who operated brilliantly at the base of their midfield in defence and attack. 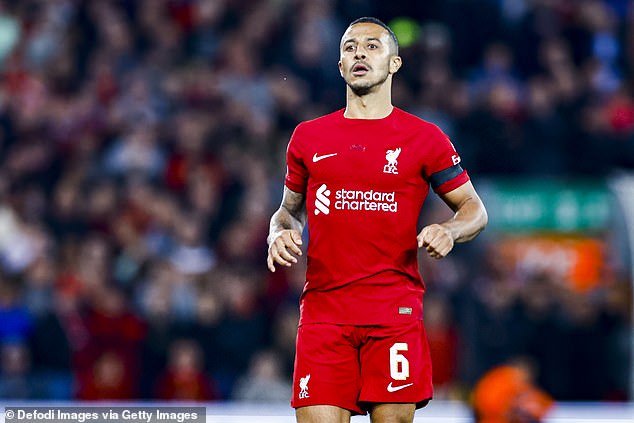 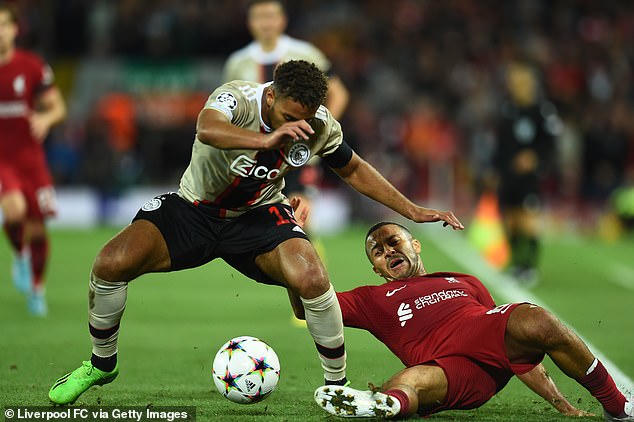 The 31-year-old won two tackles and seven duels at Anfield on Tuesday night, accompanied by an 89 per cent pass completion rate and one chance created.

And ex-Man United and England defender Ferdinand praised Thiago for his combative display and eagerness to win the ball back, as well as continuing the intensity he demonstrated in Naples last week off the bench.

Ferdinand told BT Sport: ‘He came on against Napoli and he was the only one who got any sort of positive words from the manager in terms of his intensity, stepping onto the game, onto opponents, and he took that into the game today.

‘The way Jurgen Klopp’s teams play at their best is when they’re right up against people, when they are in people’s faces and when they win it in transition, playing the ball forward. He epitomised all of that today.’ 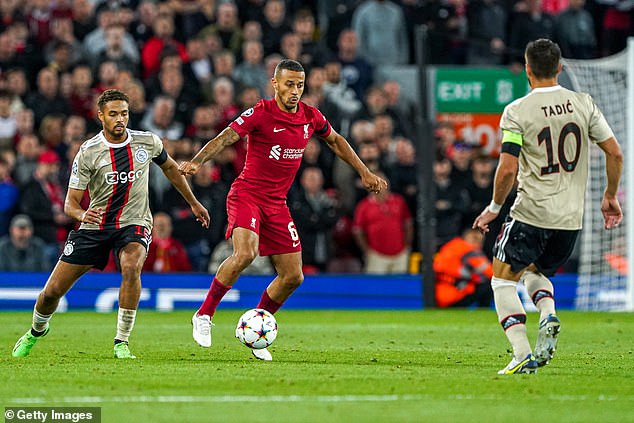 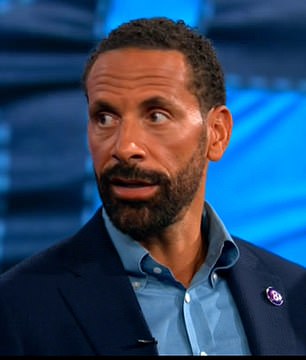 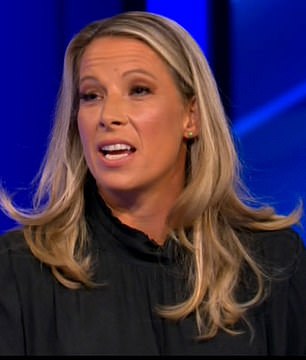 Former Liverpool women’s goalkeeper Rachel Brown-Finnis meanwhile praised Thiago for leading his side with his excellence in and out of possession, only highlighting the qualities they miss when he is out.

Asked if the Spaniard’s display was a big positive, she replied: ‘Absolutely. This team tonight needed to go out with the bit between their teeth and they were led by him, ultimately, playing in that holding midfield role.

‘Jurgen Klopp said in his interview about being a yard closer to players compared to the game against Napoli, having that intensity increased, and that’s exactly what he does. 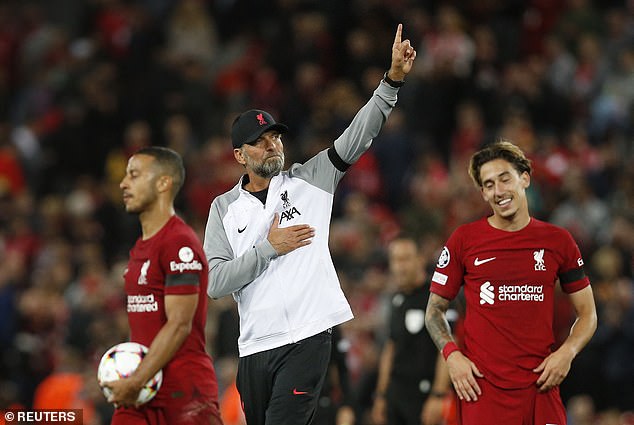 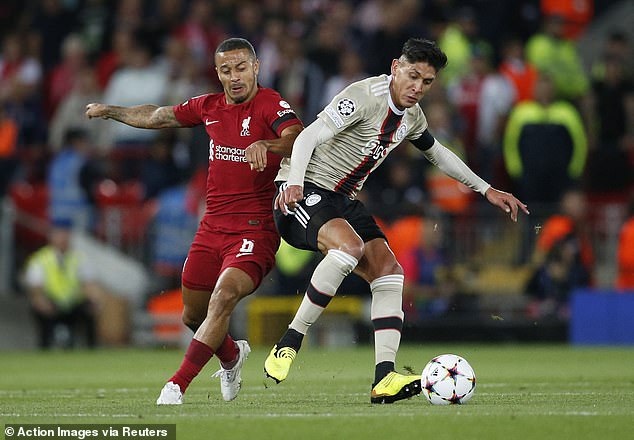 ‘He’s always available to receive the ball, he’s very simple in what he does but his positioning is excellent all around the pitch, just ready, anticipating.

‘You see he takes an extra step to make sure he can push up and power into the challenge, having that physicality is something, again, that they missed in the game against Napoli and something they needed to have from the outset.

‘He’s got great feet as well, hasn’t he, does provide an option for them. He’s that link between defence and the forward players.

‘As technically excellent as he is, everyone can see tonight exactly what they lack when he’s not on the pitch.’

Antony: What €100m star will bring to Manchester United

Liverpool will NOT pursue Bellingham this summer, explains Klopp