Andrew Robertson hails Liverpool’s battling qualities in Huddersfield win: ‘These are the games you have to win if you want to challenge’

Huddersfield gave as good as they got against Jurgen Klopp’s below-par title challengers, who extended their unbeaten top-flight start to nine games courtesy of Mohamed Salah’s neat first-half finish.

‘Yes of course, there’s a bit of relief. It was a tough game against a very good side,’ Robertson said. ‘It’s important you come to these places and you win the game. 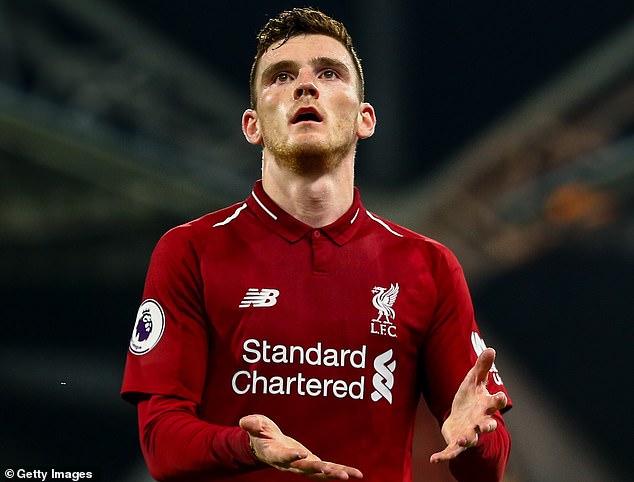 ‘Luckily we managed to get our noses in front and we’ve seen it out from there. We can play a lot better, but they made it hard. It’s a very good three points for us.’

Huddersfield midfielder Jonathan Hogg crashed a 25-yard shot against a post eight minutes after Salah had finished off a slick Liverpool move by slotting home his first goal in five matches.

Alex Pritchard thought he had turned home a first-half equaliser only for his effort to be ruled out for offside, while Klopp agreed afterwards his side were fortunate not to have conceded a 42nd-minute penalty when the ball appeared to hit James Milner’s arm.

‘We weren’t surprised by Huddersfield at all,’ Robertson said. ‘We did our analysis and in our meetings, the analysis team and our manager were saying they were a better team than the points suggest and I think they proved that.

‘They played very well and they’re probably a wee bit unfortunate to be where they are in the table. 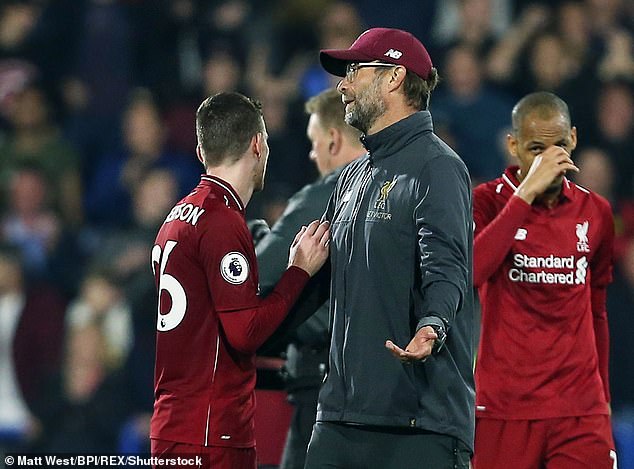 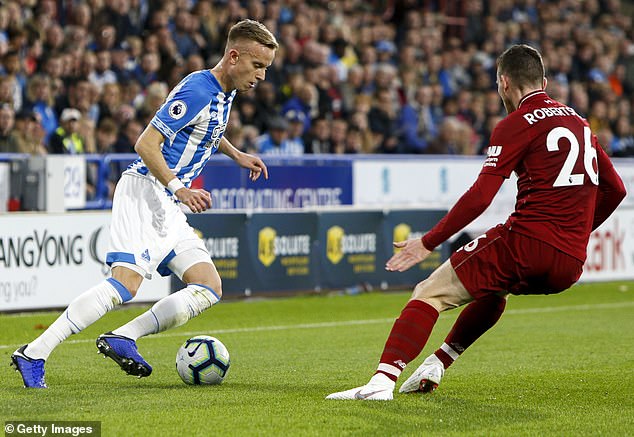 ‘I think they will have a positive season. They just need to get up and running and hopefully they will do that, but for us it was about getting the three points.

‘We weren’t at our best, but like I said these are the games you have to win if you want to challenge and we’ll play a lot better.’ 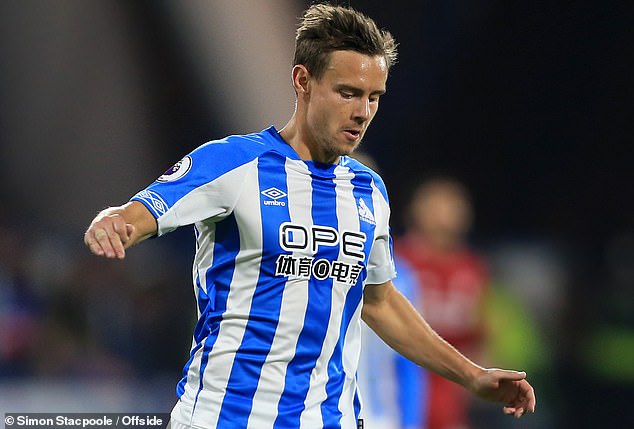 ‘It gives us a bit of confidence if we see that we can give them a real fight and play really well against such a team,’ Lowe said.

‘But the most important thing is to get the first win and get some points on the board.

‘We’ve played some good games in the past few weeks, but in the end, we are here after the game with nothing in our hands and that is the most important thing.’