Robin van Persie revealed he was consulted by Arsenal about who to sign while he was a player – and even told Arsene Wenger to sign Juventus defender Giorgio Chiellini.

The Dutch striker captained the club during the 2011-12 season and was the Gunners’ talisman during that Premier League campaign, but chose to leave the club to join rivals Manchester United in a highly-controversial move.

Van Persie lifted the Premier League title with Sir Alex Ferguson’s Red Devils in his first season at Old Trafford, but had given Arsenal the chance to sign the players he wanted to play alongside in north London. 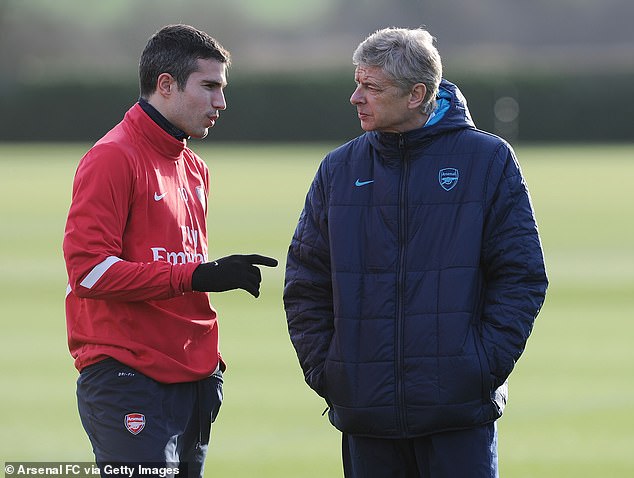 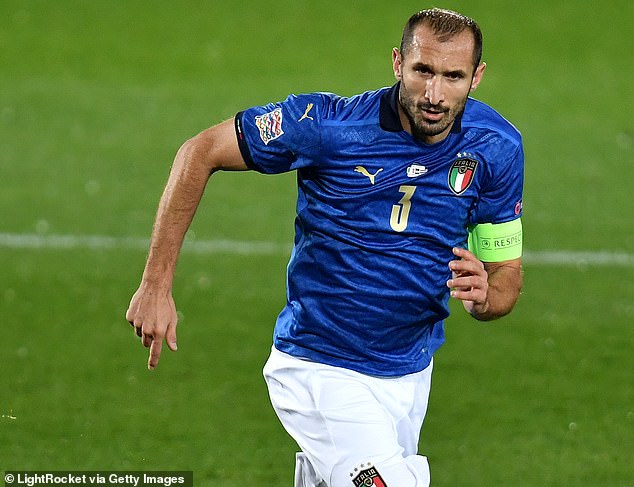 One of those players was Italian defender Chiellini, who was at fault for van Persie’s long-term injury that he picked up in 2009 when Arsenal were fighting for the Premier League title.

The 37-year-old told Kaj Gorgels on his official YouTube channel: ‘At a given moment I felt called upon to say what Arsenal could do better in order to win the league. I felt we lacked a winning mentality, and asked Arsene Wenger to sign Giorgio Chiellini.

‘He is 36 years old, but he’ll dish out nine elbows every game with a smile on his face. He’ll keep smiling and never get a yellow card. You need those types of winners and killers in your side. I felt we should get him.’ 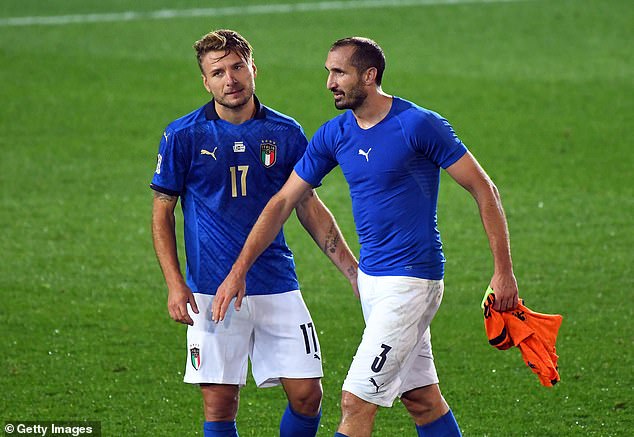 Chiellini is a Juventus legend having spent 15 seasons with the current Serie A champions and made over 500 appearances for the club.

The centre-back has won nine Serie A titles and lifted four Italian Cups, while he was also part of the Italy side that finished as Euro 2012 runners-up in Poland and Ukraine.

Arsenal, meanwhile, have not lifted the Premier League title since 2004 – the same year which saw van Persie join the Gunners from Feyenoord – and were in the middle of a nine-year trophy drought when the Dutch striker left for United. 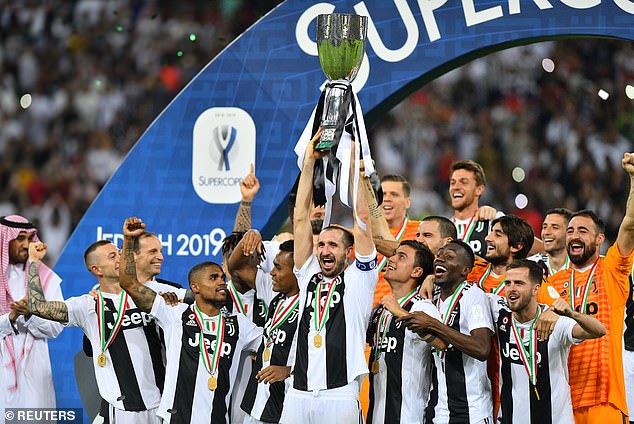 Van Persie admitted that he was often asked for his input on signings, especially against goalkeepers and defenders he had come up against during his carer.

The former striker continued: ‘I came up with suggestions and names on the basis of my own experience. We were very good up front, and scored lots of goals. But your goalkeeper and your defence are the basis of your team.

‘To my mind ours were not at the level needed to truly compete for the title.’

As well as his disapproval at his team-mates’ abilities, van Persie was also unimpressed by the vision of the Arsenal board who, in his eyes, were too focused on the numbers rather than the on-pitch ability of the playing squad. 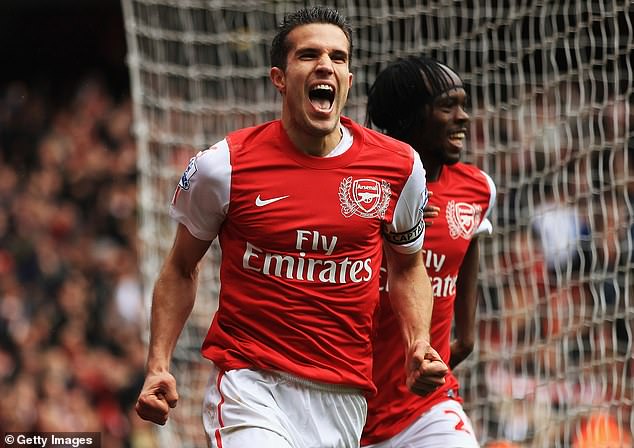 van Persie was Arsenal’s captain and talisman during the 2011-12 season, scoring 30 goals 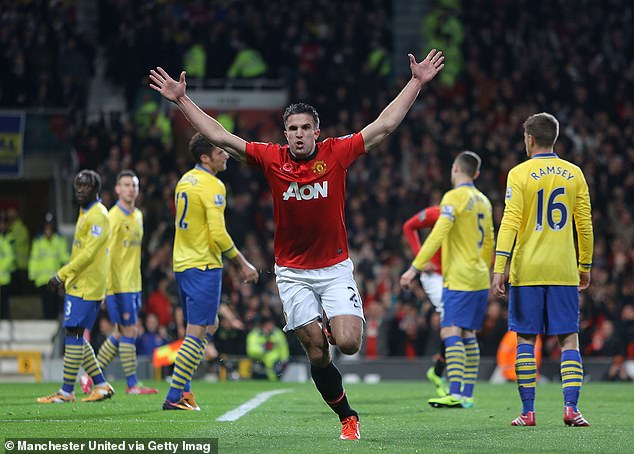 Van Persie also revealed that he had the option to move away from the Premier League in 2012 – and not join Manchester United in controversial circumstances.

However, a move to join Chiellini at Juventus was taken away by Arsenal due to a disagreement at boardroom level.

The Dutchman added: ‘At Arsenal, I didn’t feel like we were on the level to compete. One day, The chairman of Arsenal showed me how healthy the club was by showing me their positive numbers.

‘I told him: “I don’t give a s*** about these numbers, I want to lift the Premier League trophy.”

‘We felt it would be best to leave for a club outside of England, the deal with Juventus was closed. But the chairman of Arsenal was stubborn towards Juventus.

‘I told him that my other two other options were Manchester United or Manchester City, so it’s his own risk.

‘My departure from Arsenal to Manchester United is still a sensitive topic in England. But I wanted to win, I just wanted to win. And I had to take a risk for that.’