Liverpool fans have sparked hysteria on social media with the belief that Romain Saiss could be joining to solve Jurgen Klopp’s defensive crisis before Monday’s transfer deadline. Jurgen Klopp confirmed on Friday that Joel Matip’s injury that he sustained against Tottenham is a “serious one”, further adding to Liverpool’s centre-back woes.

All three senior centre-back options are now currently out injured, while Fabinho remains a doubt to face West Ham.

It leaves Klopp likely having to select captain Jordan Henderson in defence again, alongside one of Nat Phillips or Rhys Williams.

While the latter two have impressed in stages when called upon this season, there is a fear that their inexperience could leave Liverpool vulnerable at the back as they battle to revive their title hopes.

And Klopp has since confirmed that the club are working on looking for defensive cover in the final few days of the transfer window. 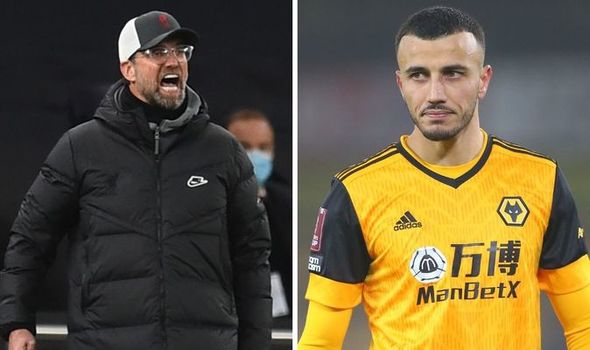 Shkodran Mustafi, Eder Militao and Issa Diop are just a few of the players being linked with a last-minute switch to Anfield.

But Liverpool fans got particularly excited about Saiss’ possible move after he was left out entirely for Wolves’ match against Crystal Palace.

The 30-year-old has proven to be a versatile option at Wolves with the ability to play across the back line as well as further forward in midfield.

But he was a surprise omission from Wolves’ squad to face Palace on Saturday, despite being named on the bench in the midweek clash against Chelsea.

His contract is set to expire at the end of the season, although Wolves have an option to extend it by another year.

However, his exclusion from Nuno Espirito Santo’s squad has led to Liverpool fans drawing some similarities to how they landed Diogo Jota last summer.

Jota was similarly an unused subsitute in Wolves’ opening day victory over Sheffield United before being left out of the matchday squad entirely in the EFL Cup tie against Stoke.

Liverpool would go on to sign Jota in a surprise announcement just two days later and some fans believe history is going to repeat itself with Saiss. 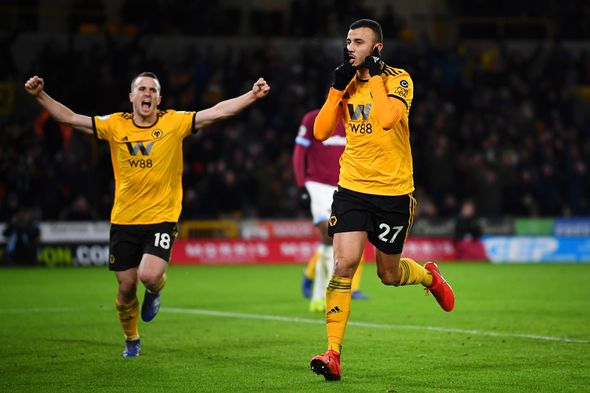 One fan excitedly tweeted: “Saiss to Liverpool is a good deal.Make it happen.”

Another wrote: “I would love Romain Saiss at Liverpool he’s a tower.”

A fourth said: “Romain Saïss on the way to Liverpool apparently. That would be just fantastic.”

Another posted : “Saiss to Liverpool would be a quality signing in the January transfer window.”