Ronald Koeman is reportedly unable to take charge of Barcelona in an official game leaving the club’s plans for the new season in jeopardy.

Cadena COPE in Spain reported on Wednesday night that while the Dutchman was unveiled by president Josep Maria Bartomeu earlier this summer as a replacement to Quique Setien, the necessary paperwork remains outstanding.

Setien, according to the report, has not been officially sacked and a severance package between the former manager and the club has still to be agreed, leaving Koeman in limbo on the eve of their LaLiga opener against Villarreal later this month 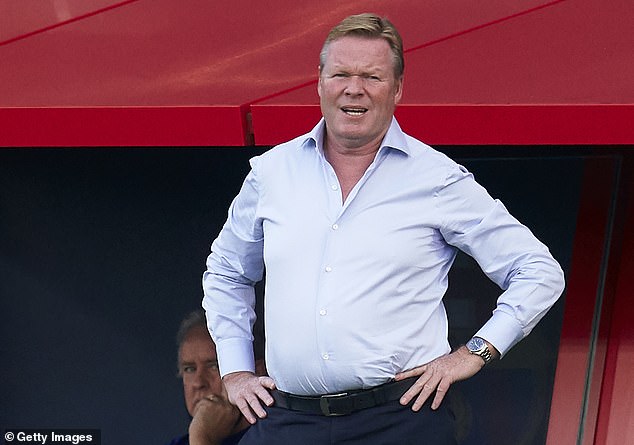 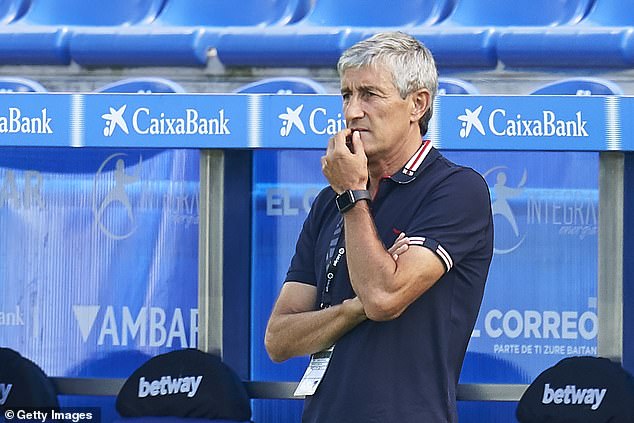 Koeman has been sat on the Barcelona bench for pre-season friendlies against Gimnastic and Girona.

But such privileges would reportedly not be extended to LaLiga in two weeks’ time against Villarreal if the club remain without a resolution for Setien’s exit package.

The report details that Setien, who was removed from his position following the 8-2 humiliation in the Champions League by Bayern Munich, has merely been relieved of his duties, rather than officially sacked. 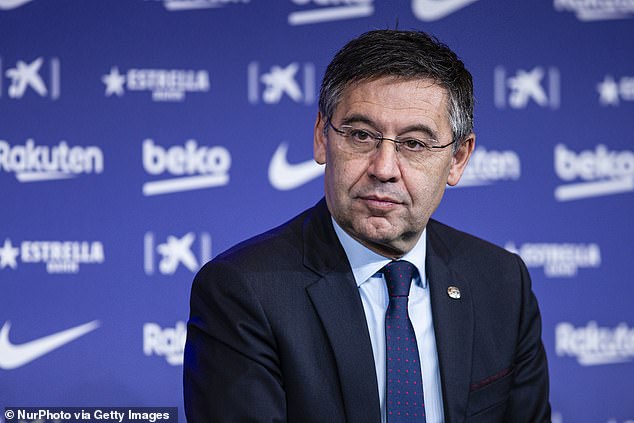 At the time of the managerial change, a club statement on Barcelona’s official website read: ‘This is the first decision within a wider restructuring of the first team which will be agreed between the current technical secretary and the new coach, who will be announced in the coming days.’

Setien,  who replaced Ernesto Valverde in January, oversaw 25 matches while in charge, winning 16. But as the club went without a trophy for the first time in more than a decade, he paid the price with his job.

The former Real Betis manager wants to collect the year’s salary that was in the contract he signed to succeed Valverde.

In a tumultuous off-season which saw captain Lionel Messi push to secure a stunning move to Manchester City, this is another issue for president Bartomeu to navigate in a climate of such public distrust in the club board. 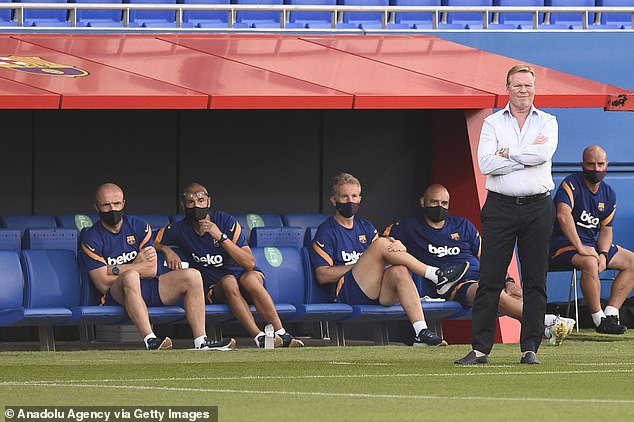 Sporting director Eric Abidal, who pushed to bring Setien in as a Valverde replacement, was axed as technical secretary.

It was a remarkable turnaround given the club had given backing to the former defender just 24 hours prior. Bartomeu has refused to resign amid a wave of pressure from supporters and is now looking to rebuild ahead of the presidential elections in March.

But with Barcelona now preparing for their LaLiga opener, Bartomeu faces a race to finalise Setien’s exit package to ensure Koeman can officially be listed as the manager in the eyes of the Spanish Football Federation.