‘We have to win these types of games’: Ronald Koeman fumes after his side drop MORE points in LaLiga title race… with Barcelona boss admitting his players ‘paid a heavy price’ for failing to ‘kill’ game off before late Cadiz equaliser

Barcelona manager Ronald Koeman expressed his frustration after his side missed the opportunity to close the gap on leaders Atletico Madrid on Sunday.

The Spanish giants had an astonishing 81 per cent of possession and 20 shots on goal but could only draw 1-1 with Cadiz, who lie four points off the relegation zone.

Lionel Messi scored a first-half penalty to give Barcelona a deserved lead at the Nou Camp, but away midfielder Alex Fernandez scored an 89th-minute spot-kick of his own with the visitors’ only shot on target. 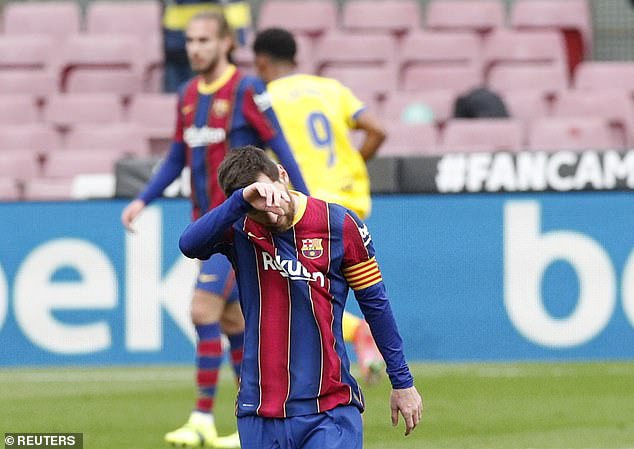 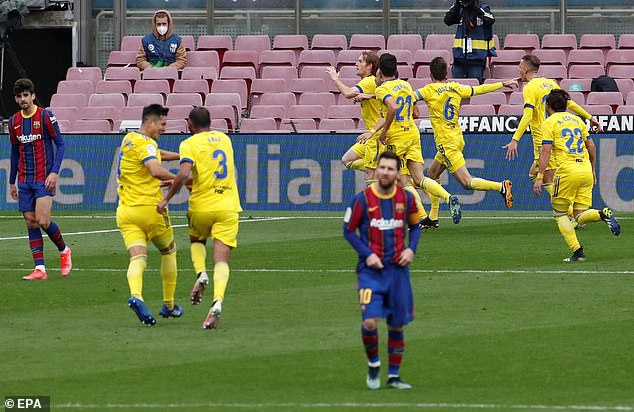 And Blaugrana boss Koeman bemoaned the lack of ruthlessness from his players and what the result means for the LaLiga title race.

He said after the match: ‘We have to win these types of games. We have failed to take advantage of a huge chance to get back into (the) La Liga (title race) after Atletico Madrid’s defeat.

‘If you don’t kill games off, it’s always possible you concede a goal. We didn’t score the second and we paid a heavy price at the end. 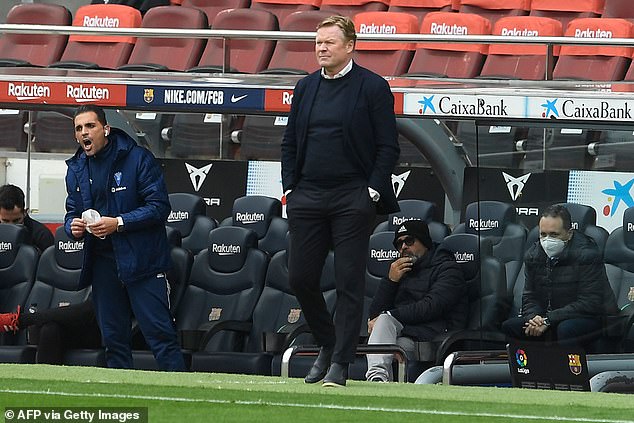 ‘We struggled to create chances against a team that sat very deep. We lacked freshness in attack when it came to taking our chances.’

Despite admitting Barcelona could not let opportunities like the match against Cadiz pass, he recognised the title race was not yet over.

Current frontrunners Atletico lost 2-0 against Levante on Saturday, potentially opening the door for Barcelona and Real Madrid in the chasing pack.

The Catalan side now lie in third, eight points behind Diego Simeone’s Atletico, with Real Madrid three points off and in second place but having played a game more than both their rivals.

The disappointing draw came after Tuesday’s 4-1 mauling by Paris Saint-German in the Champions League, which will likely see Koeman and his players exit European competition.

Next week Barcelona host relegation-threatened Elche and travel to fourth-placed Sevilla, who are only two points behind them with a game in hand.

Andros Townsend thinks Kane will STAY at Spurs this summer