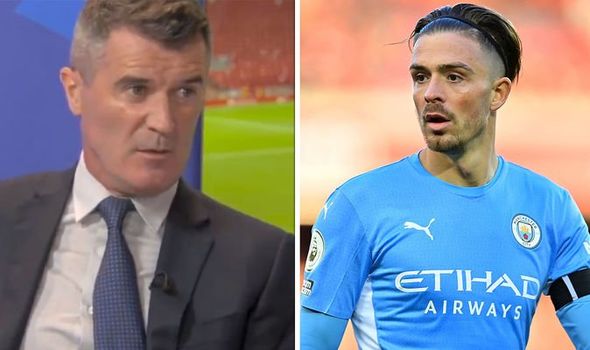 Roy Keane told Jack Grealish he has to “man up” because the Manchester City attacker has failed to make a significant impact against Paris Saint-Germain or Liverpool – being hauled off before the end of both matches.

City enjoyed lots of the ball at the Parc des Princes in midweek but were downed 2-0 thanks to Idrissa Gueye and Lionel Messi strikers.

The Blues attempted to bounce back against Liverpool at Anfield and dominated the first half, which ended goalless.

Jurgen Klopp made some half-time tweaks and the second period burst into life, leading to a 2-2 draw.

However Grealish, a £100million summer arrival from Aston Villa, could not get into the game and was replaced by Raheem Sterling.

That led Keane to rip into the 26-year-old after the match.

“Jack has had a tough week with his performances,” Keane told Sky Sports. “At PSG the lads were getting stuck into him and he gets taken off here today.

“People like Jack are still learning and I agree with the lads that I think Pep fully believed they are going to get Kane as well as that.”