‘I’ve not seen many of the games’: Wales boss Ryan Giggs reveals he has not been keeping tabs on star man Gareth Bale because he doesn’t have Eleven Sports subscription… which costs just £59.99 for the season

Ryan Giggs says he is unaware of Gareth Bale’s struggles at Real Madrid because he does not have the TV channel covering their domestic games.

Subscription channel Eleven Sports is the official TV rights holders of La Liga games in the UK and Ireland, with matches broadcast through its online streaming platform.

But Giggs does not have access to the channel — despite it costing just £59.99 for the season — and admits he is struggling to keep an eye on Bale’s fortunes. 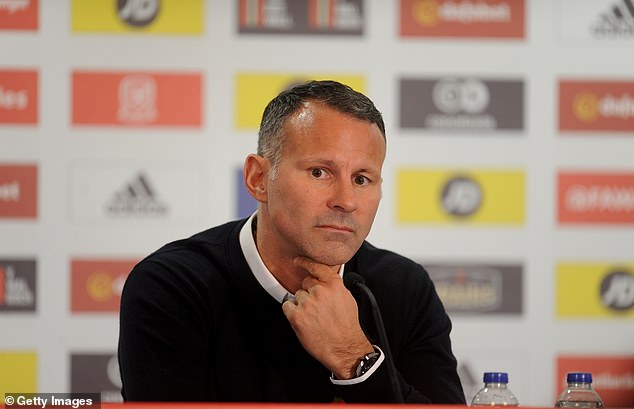 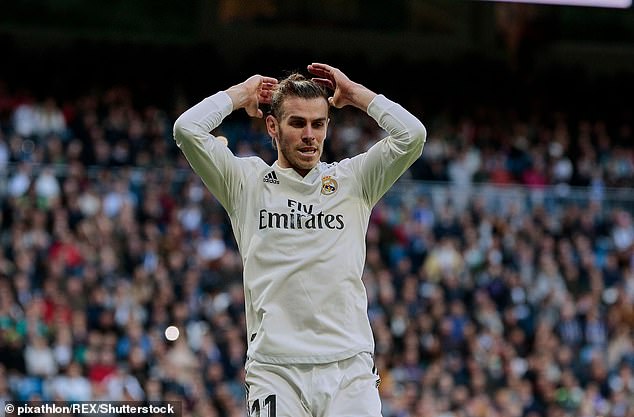 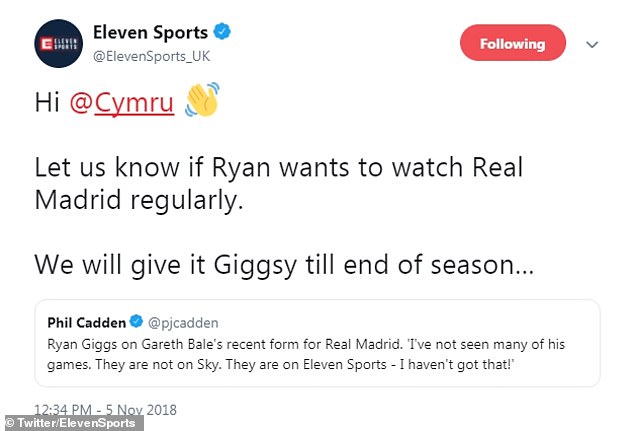 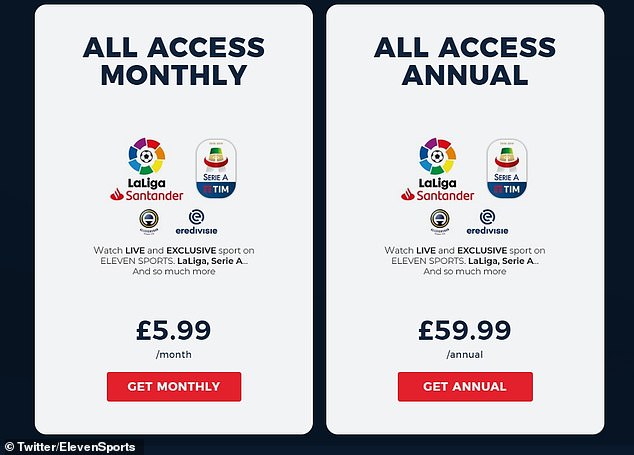 Eleven Sports charge their customers £59.99 for an annual pass while a month costs just £5.99

‘I’ve not seen many of the games because they’re not on Sky any more,’ Giggs said as he announced a 26-man squad for the Nations League decider against Denmark in Cardiff on November 16 and the friendly in Albania four days later.

‘They are on Eleven Sports and I haven’t got that. I haven’t seen it.

‘But we’re talking about a world-class player who never lets his country down.’

In a tongue-in-cheek reference to a saying which became popular when Giggs replaced David Moyes as Manchester United boss in 2014, Eleven said it was willing to give the service ‘to Giggsy until the end of the season’.

Bale missed last month’s high-profile friendly defeat to Spain and the Nations League victory against the Republic of Ireland in Dublin because of muscle fatigue.

The 29-year-old has has featured in four games since the last international break, during which time Real have lost 5-1 at Barcelona and sacked manager Julen Lopetegui.

Bale’s problems have mirrored that of his club and he was booed off by some sections of the Bernabeu crowd when he was substituted in the 2-0 league win over Real Valladolid on Saturday.

He has gone seven games without a goal, and former Real striker Jorge Valdano ramped up the pressure on the Welshman last week by claiming his £85.3million transfer fee had ‘created this illusion he’s some sort of world superstar’.

But Giggs said: ‘I don’t think he needs help. He’s had five years at Madrid, I had flak at (Manchester) United.

‘You’re under scrutiny all the time, so that is something Gareth is used to.

‘He’s an experienced player. He’s been there and he’s probably experienced most things as a player, being at a big club like Real Madrid he would have seen everything.

‘He likes coming away with us, and he was with us more or less here the whole time in the last camp getting over his injury.

‘I know he can’t wait to join up with the lads and be a part of the game.’

The 26-year-old was born in Henley-on-Thames but qualifies for Wales through his grandmother, who is from Haverfordwest. 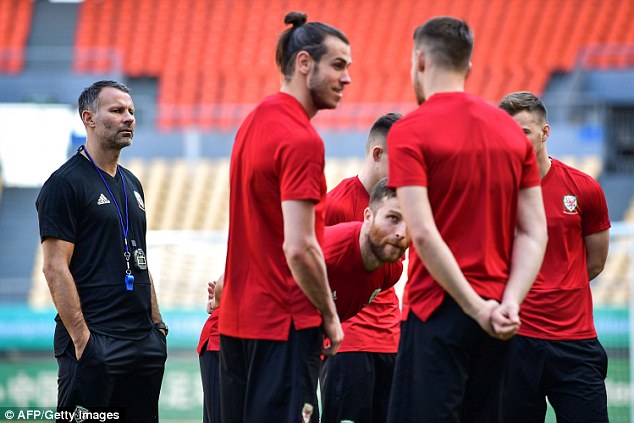 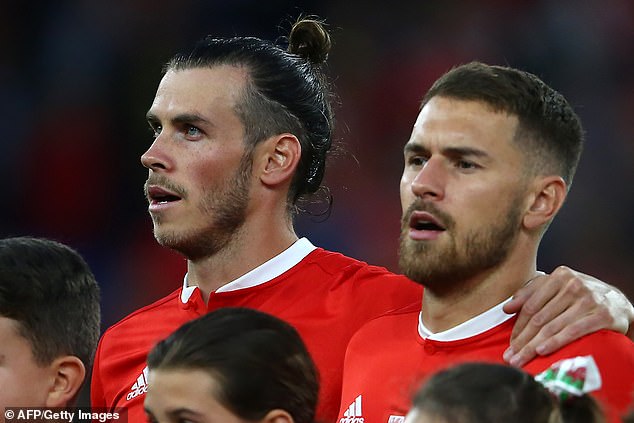 Lawrence was at the Arsenal and Ajax youth academies, but he spent four years at AC Trentin in Slovakia before joining Anderlecht in August.

‘He’s a good player, comfortable with the ball at his feet and likes to play out,’ Giggs said.

‘He’s someone who fits the profile of how I want to play.

‘Albert (Stuivenberg, Wales assistant manager) has watched him a couple of times, so I’m looking forward to seeing him at close quarters.

‘We are always looking to see if players can play for Wales and check them out.

Wales Under 21 winger Daniel James has also earned a senior call up after impressive displays for Swansea.

Arsenal midfielder Aaron Ramsey and Chelsea youngster Ethan Ampadu are back after missing the Republic win.

Paul Dummett and Neil Taylor also return to the squad but Ben Davies, who is suspended for the Denmark tie, is given a breather with Giggs mindful that the defender has plenty of game-time at Tottenham.

Chelsea 'will go back in for Declan Rice in January'