The in-form strikers were both nominated for the Premier League player of the month award for August and continued to impress throughout September, in domestic and European competition.

Only Manchester United have been able to stop David Moyes and his men in recent matches and that has been in no little part down to eight goals from Jamaica international Antonio and a quartet of fine finishes from his Algerian team-mate. 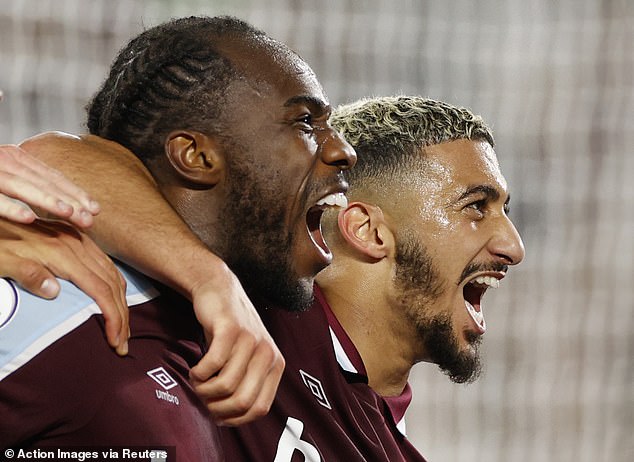 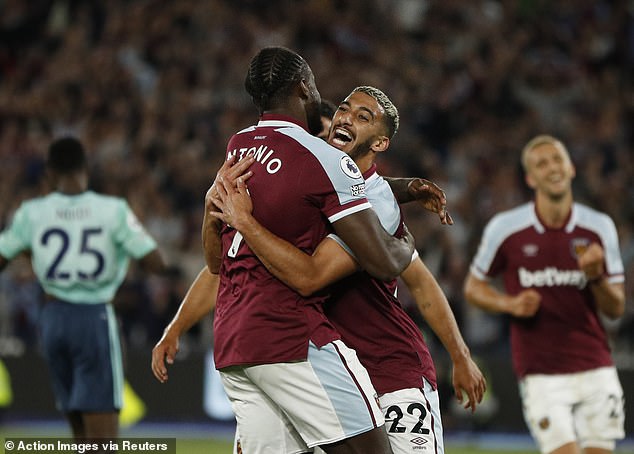 Benrahma is finally living up to his billing after a £20m switch followed a loan spell from Brentford last year and his former club could be wishing they had asked for a bigger fee when the two sides meet at the London Stadium on Sunday.

‘I was studying his movements to understand him even better and now we have a good understanding. I know where he is going to run and hope this partnership on the pitch lasts a long time.

‘Any player in the world would love to play behind Michail because he’s a fantastic striker and I hope we continue this patch of form for the rest of the season.’ 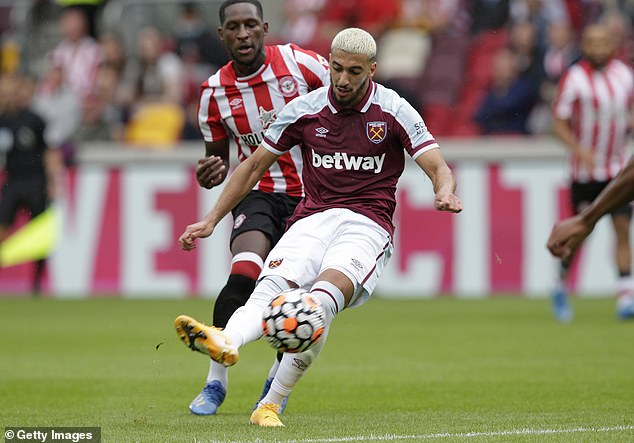 Brentford’s fantastic start to their first season in the top flight since 1947 has been the story to follow, but West Ham’s continued success is not far behind.

And Benrahma admitted he owes a lot to his former club.

He explained: ‘We had the friendly match in the summer but the Premier League is a different challenge and I look forward to seeing my old team-mates again.

‘Brentford is a club that I love a lot, they did a lot for me.

‘It will be nice to come back and play against a club that gave me so much. It will be a great game.’