‘I really didn’t understand the whistles towards Koke’: Saul Niguez jumps to the defence of his Atletico Madrid team-mate after home fans jeer

Saul Niguez has called on Atletico Madrid supporters to lay off club captain Koke after the Wanda Metropolitano jeered him following below-par performances.

Koke, who has been in the first team since 2009, has been backed by manager Diego Simeone and now Saul has echoed his coaches’ thoughts. 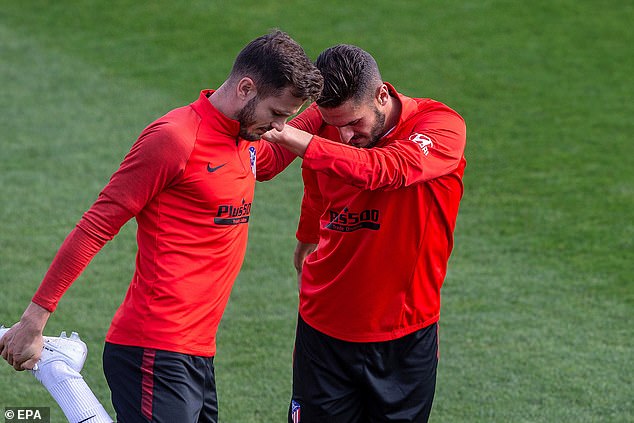 ‘For me, it’s impossible to whistle him.

‘The crowd can think what they like, but I would never whistle him.’

Saul also believes Diego Costa will regain his form despite the former Chelsea striker failing to score since October 19.

‘Strikers are valued for their goals, but I value Diego for other things,’ he said.

‘You can’t say anything; the work he does is exceptional.

‘The team values him the same, with or without goals.’