John McGinn scored twice as Scotland beat the Faroe Islands 4-0 to get their first World Cup qualifying victory on the board.

McGinn applied the finishing touch to a flowing seventh-minute attack to give Scotland an early lead at Hampden Park, and the Aston Villa midfielder headed in his 10th international goal early in the second half to put the Scots in control.

Che Adams rifled in his international goal on the hour mark with Scotland’s third, before Ryan Fraser completed the rout with a far post header from Andy Robertson’s exquisite cross – his third goal in three successive internationals.

Scotland move up to second in Group F, four points behind leaders Denmark, with victory in their last competitive outing before Euro 2020, which looms promisingly on the horizon.

Man of the Match: Kieran Tierney.

Scotland end on a high as focus turns to Euros 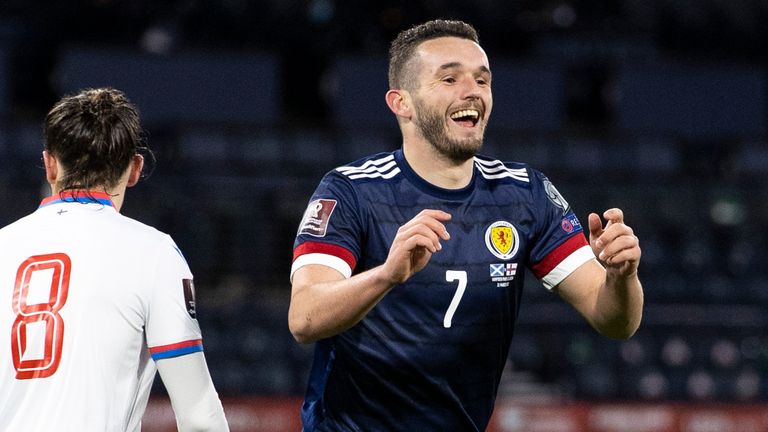 Ryan Fraser drew Faroe Islands goalkeeper Nielsen into a save with barely 30 seconds on the clock, and the breakthrough wasn’t far behind as Scotland made the perfect start inside seven minutes.

A wonderfully-worked move saw Callum McGregor slip the marauding Kieran Tierney in behind the Faroes defence and his cutback was clinically stroked into the far corner by McGinn.

Scotland would have expected to push on from there but were nearly pegged back on the quarter-hour mark when Brandur Hendriksson capitalised on hesitant defending and unleashed a thunderous effort towards the corner which was expertly tipped over by the returning Craig Gordon.

Scotland completely dominated possession after that scare but the second goal eluded them before the break, with Che Adams and Tierney denied by Nielsen, either side of Scott McTominay looping a header wide. 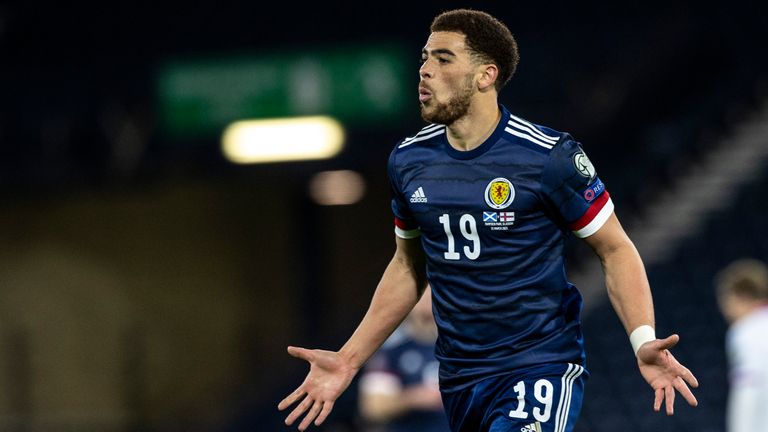 Gordon spilled a cross in the Scotland six-yard box as the Faroes started the second period brightly, but luckily for Scotland, Joan Edmundsson was unable to pounce on the loose ball.

Scotland ensured there would be no more nervy moments when Tierney and Robertson combined down the left for McGinn to head in his second with eight minutes of the restart. 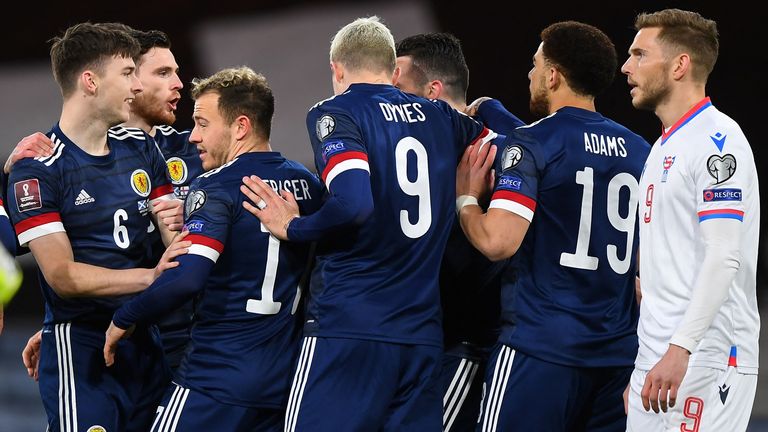 Scotland’s victory was left in no doubt when Adams’ opened his international account with a rasping drive which nestled in the bottom corner despite Nielsen getting a glove to the ball.

Fraser continued his fine scoring streak with a routine header at the back post following a sumptuous cross from Robertson as Scotland hit the Faroes for four to prepare for the tougher challenges that lay ahead in style.

Man of the Match – Kiernan Tierney 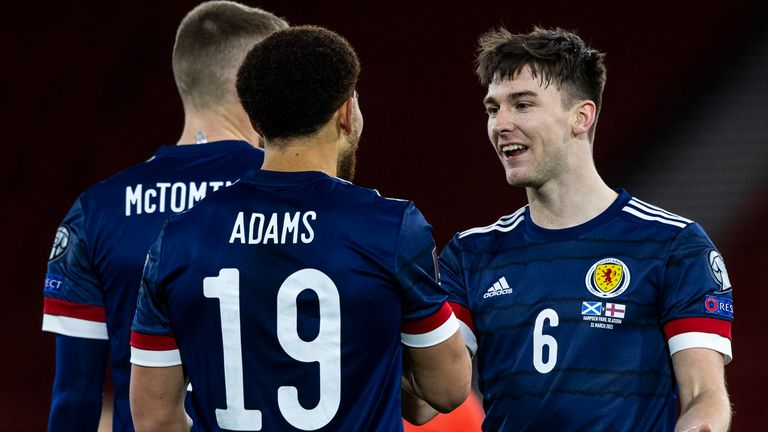 Kieran Tierney is the first player to assist three goals in a single international match at Hampden Park since Kevin De Bruyne did so against Scotland for Belgium in September 2019.